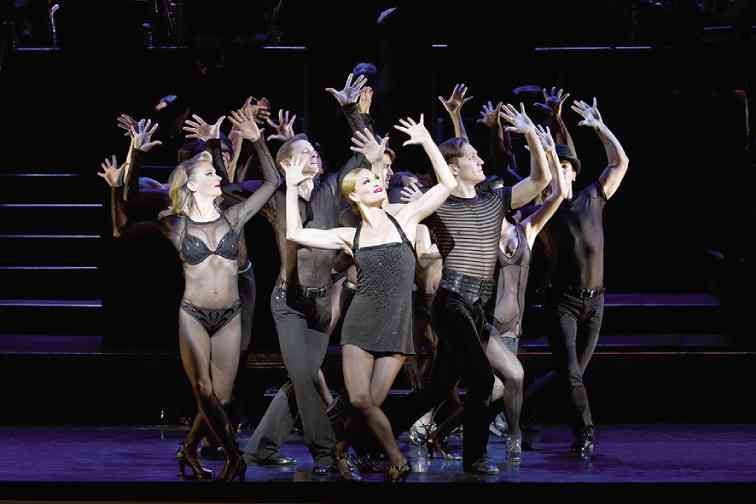 “Chicago: The Musical” runs Dec. 2-21 at The Theatre at Solaire

Competition among integrated hotel-casino-resort complexes within the Naia-Manila Bay area has upped the ante in bringing prestigious international performers and Broadway musicals to the Philippines.

As the three-hotels-in-one City of Dreams prepares to open in the coming weeks, and after Resorts World Manila enjoyed a string of successes with a number of theatrical productions including the Tony Award-winning “Priscilla, Queen of the Desert,” Solaire Resort & Casino will be staging “Chicago: The Musical” from Dec. 3 to 21 as the inaugural presentation of its 1,760-seat Theatre at the Solaire.

But even before “Chicago’s” Manila premiere, Solaire is bringing in British singer-songwriter Rod Stewart for a special one-night gig on the last week of November, either at The Theatre at Solaire or the 1,000-seat Grand Ballroom, according to two sources who requested anonymity.

Not just anybody can watch Stewart’s gig, though. Solaire management will decide who gets in, since the strictly invitational show is being offered only to high rollers, their families and friends.

Apparently this show will take the place of a previously scheduled one that would have featured pop diva Celine Dion, who unexpectedly canceled it, including a separate concert at the SM Mall of Asia (MOA) Arena, reportedly because she wants to personally take care of her husband René Angélil who’s recovering from throat cancer.

The raspy-voiced Stewart, 69, looks none the worse for wear, judging by videos of his performances this year, most recently at the 4,000-capacity Colosseum at Caesars Palace in Las Vegas where he’s booked again for nine shows on Nov. 9-23.

His Manila gig at Solaire comes on the heels of the World Poker Tour, which is ongoing till Oct. 28 at the Solaire Poker Room with some $3 million in prizes.

Recognized as one of the world’s most popular singers whose fans span the ’60s, ’70s and ’80s generations, Stewart was a member of The Jeff Beck Group as well as The Faces before achieving fame as a solo artist through such hits as “Maggie May,” “I Don’t Want To Talk About It,” “Tonight’s the Night,” “You’re In My Heart,” “I Was Only Joking,” “Da Ya Think I’m Sexy?” among others.

One of the group’s officers told the Inquirer that bankrolling the Legend concert has been a learning experience, with some disappointment and frustration from dealing with another group which originally booked the show and then sold it to BoardWorks.

“It’s a good thing tickets were sold out,” the officer said, adding that all of BoardWork’s partners would get back their investment and everyone else would get paid.

We were at the concert and saw how Legend’s excellent musicianship regaled the full-house crowd.

Now for that other major gig, scheduled on Oct. 28 at the SM Mall of Asia (MOA) Arena featuring the highly successful but now embattled pop superstar Mariah Carey. Last month we expressed an opinion that her coming show “may not be” worth watching—considering several factors especially her damaged voice.

We also revealed reliable information that tickets to the concert were not selling as expected, but there were seven more weeks to catch up.

Now, nine days before the show, only about 50 percent of tickets have been sold, according to sources who requested anonymity. That’s not enough for the producer to recoup his investment, considering that Carey’s talent fee, whose original quotation was $600,000 from US talent agents, ballooned to seven figures, a source said.

Which means it would require a concerted effort, especially among Carey’s most rabid Filipino fans, to buy more tickets.

The Manila stop of her ongoing 20-date “Elusive Chanteuse” Asia/Oceania tour comes after near-disastrous opening nights in Tokyo and Seoul—in which Carey sang out of tune, even cracking her voice in several numbers and fumbling through the lyrics in another song, as documented by fans’ videos and posted on YouTube.

The South Korean news site chosun.com, whose printed version, Chosun Ilbo, has a daily circulation of 1.84 million, reported: “Most of [Carey’s] fans… left the concert in utter disappointment and anger, criticizing the diva’s insincere attitude.” Some even demanded a refund of their money.

‘Chicago’ and all that jazz in Manila