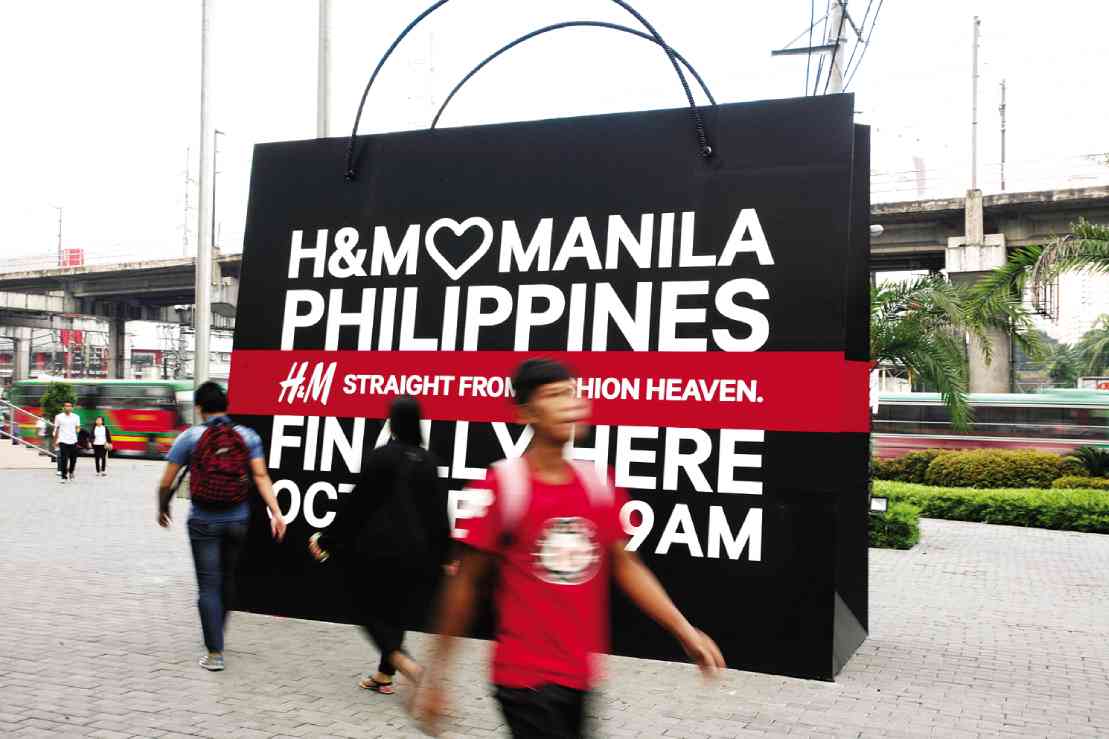 Teenagers camped out, but no catfights at unprecedented H&M grand opening

It wasn’t exactly a scene out of a Super Walmart branch raising its gates on a Black Friday, when American bargain hunters are known to morph into savages as they jostle, get trampled on and even resort to pepper spray to ward off rival shoppers. Still, H&M’s much-awaited opening in Manila Friday morning was unprecedented in many ways.

As early as 9 a.m. Thursday, Oct. 16, or 24 hours before the store’s official opening, teenagers Olivia Iglesia, Sean Iglesia and Love de Ocampo had already camped out on the steps of SM Mega Fashion Hall leading to H&M.

By 7:30 a.m. the next day, less than two hours before ribbon-cutting, the number of people lining up to get first dibs at H&M merchandise had reportedly ballooned to nearly 4,000.

Their enthusiasm was quite understandable as word of opening-day freebies spread weeks before the big day. True enough, the first 200 people in line each got a tote bag, store catalog and gift cards ranging from P200 to P6,000.

“The gift cards were given at random,” said an H&M insider. “Part of the fun was nobody knew who’d get the bigger amount.”

And perhaps for the first time in local retail history, H&M served breakfast consisting of coffee, water and cinnamon rolls to people lining the stairs and red carpet.

And what about in-store catfights? A few hours into opening day, the H&M insider had yet to see shoppers quarreling over certain items. Now, that’s progress!

H&M shoppers in other countries have been known to get physical, especially when fighting over the last few remaining pieces of limited-edition designs by Karl Lagerfeld, Alber Elbaz, Isabel Marant, Alexander Wang, Martin Margiela and Versace.

“But the store had to let customers in by batches,” he said. “There were lines all day at the entrance as batches of shoppers waited for their turn to get in.”

By 1 p.m., the insider estimated that there were already more than 4,000 people inside H&M’s three-level store. Its 24 cash registers were ringing merrily as cashiers attended to long but organized lines of shoppers.

Some items were marked down by as much as 50 percent.

The opening-day crowd was a good mix of “ordinary-looking people and fashionista types,” the insider added.

The store atmosphere was equally electric on VIP night last Oct. 15. A little over 1,000 of Metro Manila’s movers and shakers, from celebrities, socialites, designers, models to journalists, showed up for the exclusive shopping party catered by Margarita Fores and her Cibo team.

There were no cash cards handed out that night, but shoppers were entitled to unlimited food and drinks, and a 20-percent discount on all purchases.