Is a Festival of the Absurd still relevant? | Inquirer Lifestyle 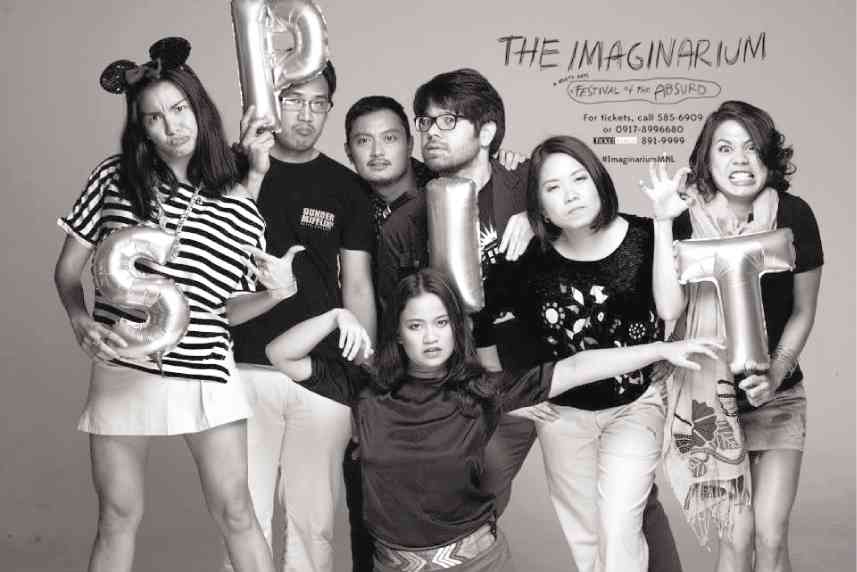 Is a Festival of the Absurd still relevant?

The literature and drama of the Absurd. Man is alone in the universe. Existentialism and all that jazz (there is supposed to be a Christian existentialism). Sarte, Camus and Genet.

Is this philosophy of the 1950s, this Western-type alienation from society still valid today, when the call is for commitment? Why, even Albert Camus himself, near the end of his tragically short life (in an absurd car accident) had outgrown existentialism and was moving toward some form of Catholic humanism.

Toff de Venecia, egghead-nerd of 9Works Theatrical and its subsidiary, the Sandbox Collective, firmly believes the Absurd speaks for his young generation. In fact, he is festival director of The Imaginarium, a Multi-Arts Festival of the Absurd.

This will be held on Oct. 28-31 at the Peta Theater Center behind the Quezon City sports Club in Rodriguez Ave., QC.

The multidisciplinary event, featuring mostly young talents, will fuse drama, music, dance, film, visual arts, improv… the spoken word, and even food and beverage and fashion. This was announced at a recent press launch at the Peta Theater Center. (call tel. 5856909 or 0917-8996680).

“It’s a reaction to the times, a way of fighting back,” said de Venecia. “We are pleased to have all these synergized, a cross-pollination of cultures, a collective spirit and a multi-faceted program.”

The search for the theme song of the festival involved audience participation during the press launch, with media practitioners were asked to give their top three choices out of seven compositions that were played. The main criterion was that the music should best exemplify the spirit of the festival.

Aguila said that the music that he and his group chose “are examples of the best responses to an absurd life. It was a different way of responding.”

Singer Kai Honasan paid tribute to her mentors Ryan Cayabyab, Joey Ayala and Noel Cabangon, and sang about waiting for the light, being the light: “Tayo ay liwanag, kahit ilang buwan.” Her second offering was an acoustic son in English, about being tongue-tied!

Ang said that his visual arts group thought of different themes that would work together.

Eah Torado, artistic director of Daloy Dance, said the performance sprang “from discontent with what our bodies are.” Dancing to whiplash percussion music, an androgynous male dancer in tight shorts, with fake blotches on his shoulders and muscles, went into contortions and trembled, the act climaxed by a headstand.

De Venecia said that something about existentialism “resonates in our generation. There are everyday absurdities, a reaction to the world. It is a specific kind of expression. Our generation is trying to make sense of our existence. We must face up to that meaningless universe.”

He added, “the show may not be for everyone but I think it must be shown.”

The organizers said they hoped to make the festival a yearly event, with a different theme next year.