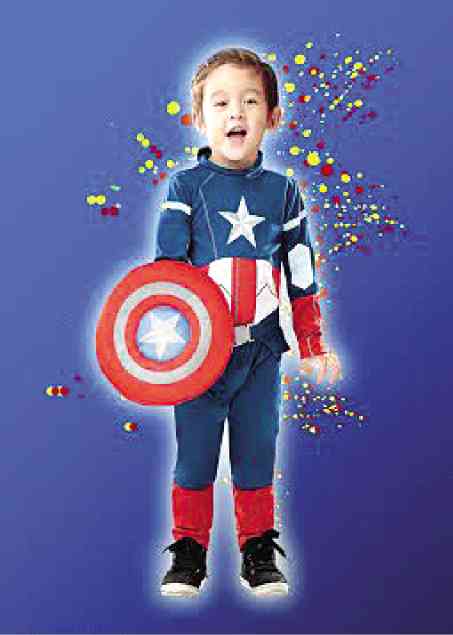 PLAY the superhero with this Captain America costume.

Halloween costumes and whimsical treats inspired by well-loved characters from the big screen and beyond are now the big draw at SM’s Toy Kingdom. But it’s the kids’ enchanted imagination that gives life to these costumes, and makes them Trick or Treat standouts.

These are costumes inspired by the big screen’s most popular heroes—Captain America, The Mighty Thor, “Transformers’” Optimus Prime and Bumblebee, and Disney’s “Planes’” El Chupacabra and Dusty. Kids can also play the hero with Classic Batman and Superman costumes.

Mystical Fashion costumes let you play today’s unforgettable characters such as “Frozen’s” Anna and Snow Queen Elsa; be the most popular villain, Maleficent.

Then there are classic fairy tale characters Rapunzel, Belle, Cinderella and Snow White.

There are costumes for princes and princesses, with glittery tiaras and crowns.

The fancy fairy look has its variety of colorful wings, skirts, wands and headgear.

For spooky finds, there are vampires, witches and monsters; spine-chilling toys and décor; macabre masks, hats and wigs.