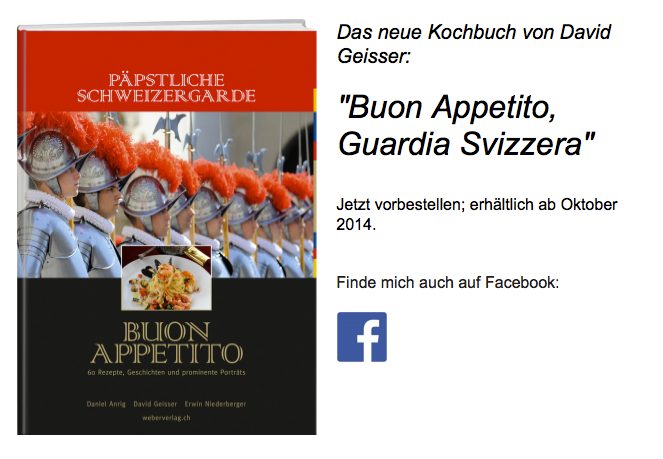 VATICAN CITY — From an Argentinian dessert that translates as “milk candy” to Polish ravioli, a member of Vatican’s famed Swiss Guard on Tuesday unveiled a range of recipes of dishes favored by popes.

It includes recipes for dishes such as the “Dulche de Leche” a milk-based dessert created in Argentina a century ago which made its way to the Vatican’s tables in 2013 with Pope Francis.

There is also the Polish pierogi, or dumplings of unleavened dough traditionally stuffed with potato filling, sauerkraut, meat, cheese or fruit — a nod to the late pope John Paul II — and Bavarian delicacies favored by Pope Emeritus Benedict XVI.

“A soldier can only fight and wage war when he has eaten well, and enough,” said Daniel Anrig, the head of the Swiss Guards.

Pope slips out of Vatican, joins Jesuits for lunch