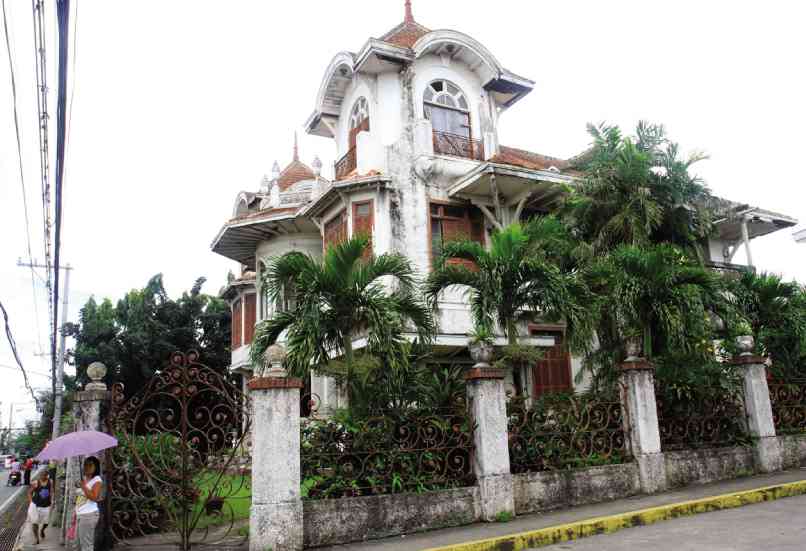 QUEZON, Philippines—Opposition to the controversial street-widening project inside the town proper in Sariaya has softened after the Department of Public Works and Highways (DPWH) presented a new plan that will spare heritage houses and other old structures.

“The revision of the project design is a win-win solution,” said Danny de Luna, president of Sariaya Heritage Society (SHC), in an interview here Tuesday.

De Luna said his group expected local DPWH officials to call for a public consultation before it starts implementing the revised road design early next year.

“All stakeholders that will be affected by the new design should be consulted for their permission,” said De Luna, a history professor of Colegio de Santo Cristo de Burgos in Sariaya.

He reiterated SHC’s warning to DPWH that the group and owners of ancestral houses along the main road are strongly against any move to tamper with the original design of their heritage houses.

The iconic Enriquez-Gala mansion, with brick tiles as roof and adjacent to the centuries-old St. Francis of Assisi Church, is one of Sariaya’s antique houses that will be spared by the revised road-widening plan.

The heritage house, which has a marker from the National Historical Institute, was designed in 1927 by Andres Luna de San Pedro, son of famous artist-revolutionary Juan Luna.

In June, De Luna and SHC led a campaign against the DPWH project to expand the two-lane General Luna Street into four lanes to help ease traffic coming from the Maharlika Highway.

He said the entire one-kilometer stretch of the town’s main road, which is connected to the Maharlika Highway, would no longer be widened.