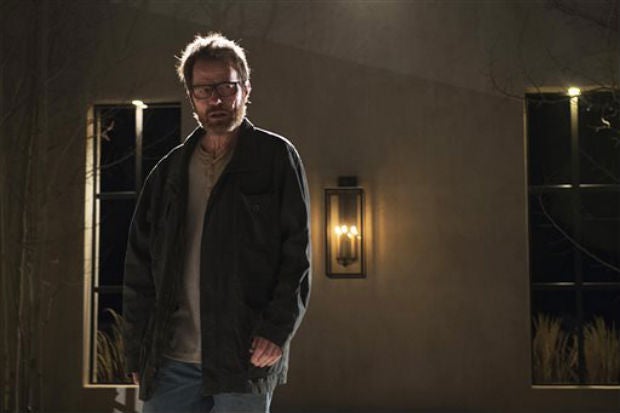 In this undated file image released by AMC shows Bryan Cranston as Walter White in a scene from the series finale of "Breaking Bad". Toys R Us is pulling its four collectible dolls based on characters from AMC's hit series "Breaking Bad" after taking heat from a Florida mom who launched a petition campaign. AP FILE PHOTO

WASHINGTON — Toys “R” Us on Wednesday said it was pulling “Breaking Bad” dolls from its shelves after a Florida woman complained about the kids’ store selling the drug-themed products.

“Let’s just say the action figures have taken an indefinite sabbatical,” the retailer said in a statement widely circulated by US media, a cheeky nod to the hit TV show whose main character quits his job as a chemistry teacher to become a drugs kingpin.

Toys “R” Us drew criticism after Susan Schrivjer of Fort Myers, Florida started an online petition for the retailer to drop the dolls.

The toys come complete with a little gas mask and a tray of blue crystals.

The Toys “R” Us decision to sell the dolls was “a dangerous deviation from their family-friendly values,” Schrivjer wrote.

Toys ‘R’ Us sends notice to Massage ‘R’ Us

Some toys sold in Davao found to contain toxic material