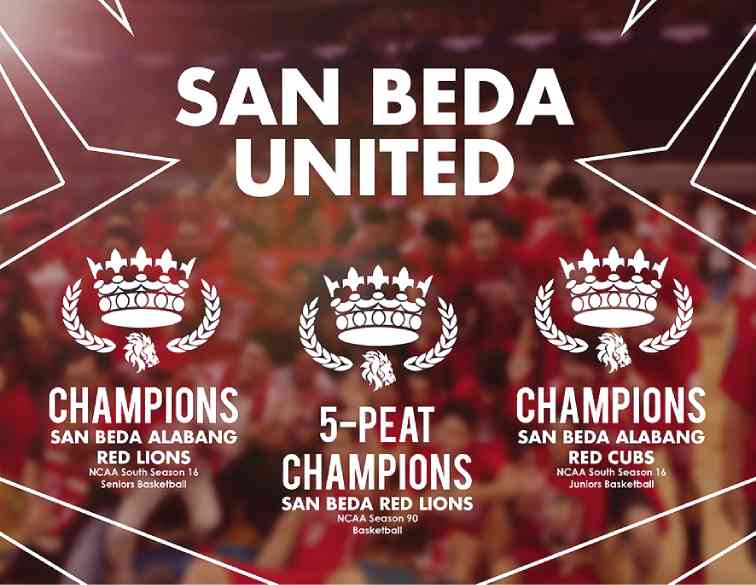 Ready for a 6-peat feat 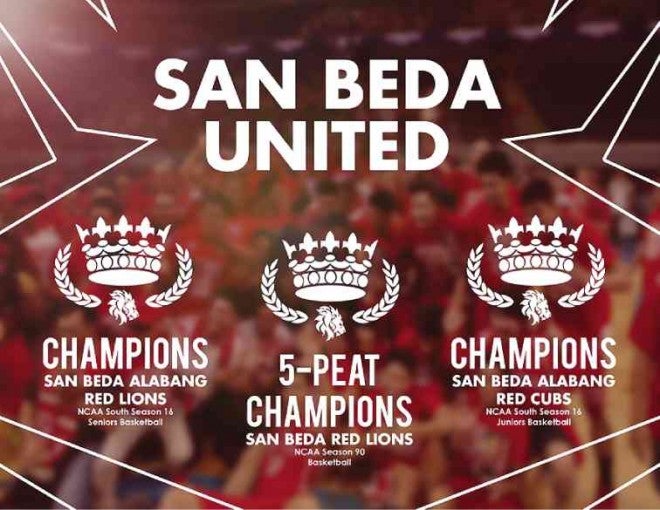 On their way to victory in Game 2, the Red Lions looked hungry enough to devour their adversary, the Arellano University Chiefs. Finals MVP Anthony Semerad and team captain Kyle Pascual led the way with superb plays and grace under pressure.

Semerad buried baskets from beyond the arc and Pascual showed his inside presence as he triggered fast breaks from the Red Lions’ breakdown of the Chief’s full-court press.

Despite the games being scheduled at odd time slots, thousands of fans flocked to the Mall of Asia Arena to cheer for both teams.

Supporters of the Legarda-based Chiefs screamed their loudest when the team gained momentum in the third quarter.

The shouts of their counterparts from Mendiola rang louder with every basket sank by the Red Lions.

With its five-peat record, San Beda has now tied with San Sebastian for the most number of consecutive championship titles in the NCAA.

With a generally intact lineup, the Red Lions are setting their sights on a six-peat next year.