Soaked up on jazz at Rockwell, beer in Eastwood | Inquirer Lifestyle ❮ ❯ 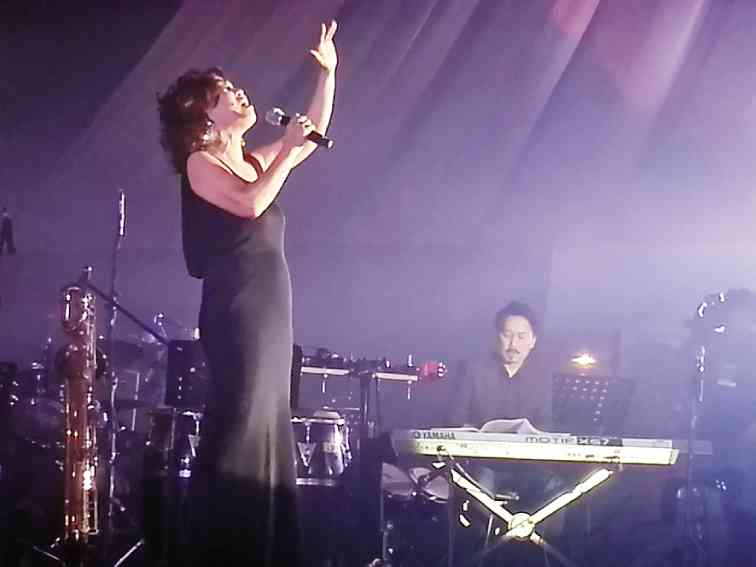 Soaked up on jazz at Rockwell, beer in Eastwood

“Sold out!!!” screamed the text message on the iPhone of Maja Olivares-Co, producer of the 2014 Tokyo-Manila Jazz & Arts Festival, who sat beside us at front row of Rockwell Tent where the festival’s main event was in progress.

Apparently, the sender of the text message was at the venue’s reception table and informed Maja that tickets to the concert had run out—which was rare for a jazz gig in Manila. That could only mean that Maja and her team did their job well.

Onstage, the Japanese quartet which the show’s host Cherie Gil introduced as the Modern Masters of Jazz, lived up to its name—playing with verve and precision.

Two numbers later, Japan-based Filipino singer Charito joined the band on a finger-snapping swing version of “Rock With You,” part of a Michael Jackson tribute album she had recorded with Harvey Mason as producer.

Another rare happenstance: Boy Katindig of the illustrious musical clan playing keyboards with Charito. Boy himself looked a bit Japanese in his mustache.

If one of the evening’s surprises was The CompanY having a ball on “The Flintstones” TV theme, a highlight was the AMP Big Band’s Nestor Gonzaga playing the flugelhorn on the stately “Tribute,” a track that trombonist and bandmate Ronnie Marqueses had written for him. It was especially moving since Nestor had just survived a recent heart attack.

It seemed like soaking up on jazz could keep you more alive and kicking.

Later that night, we proceeded to Eastwood City to catch its annual Beer Festival. Our guide, the efficient, personable Rommel Orbigo of Megaworld, suggested three places worth going to: Pasto, Rue Bourbon and Bone and Barrel.

We’ve been to Rue Bourbon and Bone and Barrel once; but it was only this time that we sampled the former’s marinated sisig which went well with San Miguel Premium Beer (the one with the green bottle), and the latter’s sizzling bulalo which we savored with cucumber-flavored beer.

At 2 a.m., a lot of people, mostly youth, were still nursing their drinks at Eastwood’s Fuente Circle, as electronic dance music blasted from Rue Bourbon and Bone and Barrel

Two coming gigs to check out, both retro but not necessarily baduy or boring:

Cross made history with his 1980 self-titled debut album, winning five Grammy Awards, including Record of the Year (“Sailing”), Album of the Year, Song of the Year (also for “Sailing”) and Best New Artist.

He has just released a new album, “Secret Ladder,” which, according to his website, “evokes… Joni Mitchell and Randy Newman while addressing contemporary concerns head-on…”

Returning to Manila after such a long time are The Jacksons, currently composed of siblings Jackie, Tito, Jermaine and Marlon Jackson, for a one-night gig on Nov. 3 at the grand ballroom of Solaire Resort and Casino.

A look at the group’s setlist from a recent gig in Belgium shows a number of Michael Jackson hits (“Rock With You,” “Gone Too Soon,” “Don’t Stop ’Til You Get Enough”) and a medley of Jackson 5 classics.

It wouldn’t hurt if we’ll hear its sprightly version of “The Christmas Song,” with Jermaine on lead vocals.