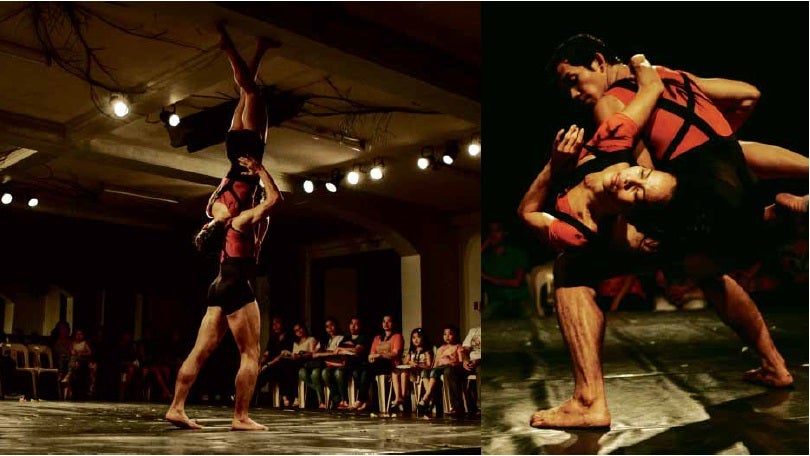 Agnes Locsin’s ‘Bulak’: Cycles of the season in beautiful ballet

Every work of choreographer Agnes Locsin is always highly anticipated. Her work is noted for its intense imagery and the breathtaking bravura of her dancers. Yet, despite her cult status and impressive body of work, she has to strive, like most artists, to get patronage and support.

Since she left Ballet Philippines as artistic director in 1999, many of her projects have been self-produced, often on a modest budget, in her studio in Davao City.

Still, the Locsin Dance Workshop is not an ordinary studio. It is one of the oldest dance schools in the country, located in a mid-century house downtown. The place is densely planted with tropical foliage and occasional pots of cacti and bonsai. Set amid a jungle-like atmosphere, the open-air studio is the perfect venue for Locsin’s environmental dance-theater series, “Alay sa Puno (Homage to Trees).”

In the past few years, she has been an advocate of preserving the ecology.

“I get upset when trees are felled,” she said. “There are floods because there are no more trees.”

When she traveled to Austria last year, Locsin was so amazed at the aged trees that she embraced their trunks. Her tree moment was posted on Facebook.

“They now call me a tree hugger,” she said with a chuckle.

“I have always believed that male choreographers can do better with the pas de deux,” said Locsin. “Alden is one choreographer who can use a dancers’ body to the max. This piece is more difficult.”

She cast her wards, Biag Gaongen and Krisbelle Paclibar, who explode with extraordinary virtuosity and lyricism. Actor Nonie Buencamino played the husky bard.

The theme also explored the seasons. “In summer, the tree branches spread and flowers bloom profusely. When the sun is at its peak, the flowers love it. In Davao, you see color wherever you go. Although I showed Alden pictures of flowering trees, the movements should be about heat and how it affects plants, flowers and human beings,” she explained. Ergo, heat connotes passion.”

“Bulak” dwelled on the cycle of the cotton plant, but it was also evocative of the complexity of human relationships.

Locsin said the last dance symbolized consummation or the sowing of seeds. This would be the preparation for the final movement of “Alay sa Puno” next year. The work will focus on the fruits and the forest.

Locsin said in jest that Lugnasin’s interpretation of “Bulak” had a long foreplay before the duet reached the climax. As in most “Alay” series, the goal was to encourage the audience to remove all preconceptions, and observe movement unblocked by meaning.

As a dance-theater piece, “Bulak” began with Buencamino enjoying the scenery. In a light way; he asked the audience about how a tree grew from a sapling. Between dances, he delivered monologues about the trees in their various states and conversed with the dancers about the weather and how to care for plants.

One of the highlights was his heartfelt rendition of “Sariwang Hangin,” by Davaoeño musician Joey Ayala, that was counterpoint to the theme of heat.

The music was a melange of mood pieces by Rufus, Peter Gabriel and “The Ring” movie soundtrack.

Lugnasin has a gift for creating strong, photogenic shapes, made more exciting with sudden shifts of weight and mood. He effectively used partnering to depict the various aspects of the tree, the grains of the trunk and its blooms.

For instance, as Paclibar hopped on each of her partner’s thighs, and swerved gracefully around Gaongen, the movements recalled the vine encircling the trunk.

The intertwining bodies represented the gnarled roots and branches. The sinuous movements characterized the whorls. The lifts wherein, the girl split in mid-air or carried upside-down over her partner’s shoulders, showed the spreading of branches. Likewise, the duets also depicted the polarity in human relations—the attraction, repulsion, tension and surrender and conflicting needs and mixed emotions.

To convey heat, Gaongen rubbed his forearm against Paclibar’s lithe frame. He then leaned on her and perched his leg on her shoulder.

Although there were two men in “Bulak,” the woman was the dominant force, wanting to show independence from her man. The work ended on an optimistic note—of rain falling after a dance of flaring tempers.

“Bulak” wasn’t just a showcase of body contortions and circus-like partnering. Lugnasin was able to inject some emotional depth, psychological insight while still reminding the public of the wonders of nature.

Gaongen has always been an introspective dancer, showing sensitivity in his performance. His delicate control and eloquent grace were a foil to the steely technique and hyper-flexibilty of Paclibar, also a natural actress. Together they were performers of striking intensity.

Next year, Locsin said she hopes to complete the series with “Gubat (Forest),” which will feature a guest choreographer and an ensemble work. Then, the cycle repeats.