So ancient Balinese, yet so contemporary | Lifestyle.INQ ❮ ❯ 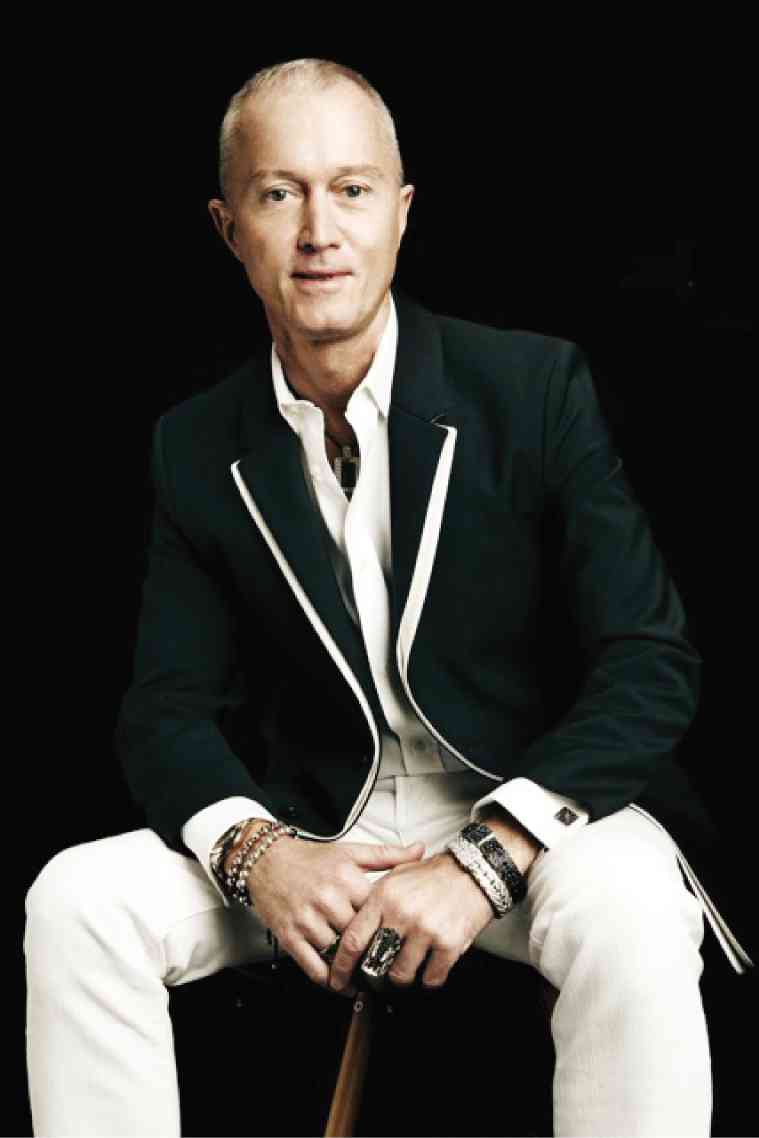 So ancient Balinese, yet so contemporary

Unlike most global jewelry brands, Bali-based American jewelry brand John Hardy sets itself apart from the competition by employing ancient Balinese techniques such as hammering, carving and even weaving strips of silver and gold, and combining them with more modern Western techniques and aesthetics.

The brand also draws inspiration from Bali’s homegrown myths to produce several key collections. One such myth centers around the island’s guardian dragon.

Legend has it that a dragon once lived on Mount Batur and guarded Bali from intruders. Every night, he went down from the mountain and dove into the sea to be with the love of his life—a giant pearl.

Before the sun rose every morning, the dragon emerged from his underwater tryst and returned to the volcano to resume his watch. As he climbed its slopes, water cascaded down his scales and ended up filling Bali’s rice paddies below.

Thus did the legend of the dragon become a symbol not only of power, but also of protection, prosperity and eternal love among Balinese.

It also inspired the creation of Naga (Balinese for “dragon”) and its iconic dragon’s head.

“If you wear it with the dragon’s head facing outward, your Naga bracelet will protect you,” said Guy Bedarida, John Hardy’s affable creative director. “Worn with the head facing your

body, it will bring you love and prosperity.”

Can’t choose between love and protection, wealth and security? Not a problem since it’s quite common for many John Hardy patrons to wear two Naga bracelets with the dragons’ heads facing opposite directions.

A number of styles come with precious and semiprecious gems set in Thailand. To give them a more masculine look, some Naga pieces are oxidized and combined with braided leather instead of metal bracelets.

“For me, all Naga pieces regardless of embellishments are unisex,” said Bedarida. “But we offer more conservative and masculine styles for the gentlemen.”

The Palu, Classic Chain, Bamboo, Dot and Back Grill make up the rest of John Hardy’s collections. Each collection offers new styles twice a year.

Sold in 27 countries and territories, the brand now has four standalone boutiques, the biggest of which is at Hotel Mulia in Bali, and 600 points of sale, including one each at Rustan’s Makati and Shangri-La Plaza.

John Hardy gives its growing Southeast Asian and North American markets a wealth of stories and traditions that date back to ancient Bali divided into eight Hindu kingdoms.

“Since the Balinese were peaceful people, they didn’t settle their differences by waging war,” said Janice Leung, John Hardy’s director of marketing and communications.

Instead, kings competed in terms of who had the most beautiful home, the prettiest queen, and the biggest and most intricate collection of jewelry pieces.

This friendly rivalry fueled a jewelry-making tradition in Bali and the development of distinct Balinese techniques.

Inspiration, as well as constant collaboration and adoption of Western standards of quality and aesthetics, have guided Bedarida and his team of designers and artisans to continuously reinvent John Hardy’s signature pieces.

“There are still people in Bali who use these ancient jewelry-making techniques,” said Leung. “But their pieces aren’t as updated, consistent and design-driven as ours. Guy brought

European aesthetics into the brand.”

Bedarida, a veteran jewelry designer who once worked for Boucheron and Van Cleef & Arpels, joined the brand as chief designer in 1999 upon the invitation of John Hardy, the brand’s Canadian founder and former owner (see related story on alexyvergara.com).

A bohemian art student and environmentalist, Hardy vacationed in Bali in the mid-1970s and fell in love with the island. After seeing for himself its rich jewelry-making tradition, he decided to live in Bali and establish a jewelry company soon after.

Hardy sold the company to an American group a few years ago but he has remained in Bali with his family, promoting environmental awareness.

Bedarida stayed on to become John Hardy’s creative director in charge of leading a multinational team of designers and craftsmen.

The company employs close to 700 people from 27 nations in its Ubud compound. Bedarida spends most of his working hours in a rustic design center natives call wantilan—a wooden and bamboo shack with thatched roof that once functioned as Bali’s version of a barangay hall.

As Bali’s center of art and culture, Ubud is a two-hour drive away from Nusa Dua’s famed beaches and five-star hotel row.

The company maintains a smaller factory in Bangkok in charge of setting sapphires, amethysts, topazes, diamonds and other gems.

“When I first arrived here, Mr. Hardy showed me around,” said Bedarida. “He wanted to tear down the wantilan to make way for a concrete building. But I love old things. I told him that I would join him if he retained the structure.”

Bedarida got his wish. It wasn’t only retained, the wantilan was reinforced with a hidden steel frame to accommodate additional floors. In lieu of walls on the ground floor, sliding glass panels were installed for natural light and ventilation.

Located beneath the wantilan is the brand’s air-conditioned archives dubbed by Bedarida as Ali Baba’s cave. Bedarida banged a gong as he led our group to the underground museum containing 13,000 “inactive” jewelry pieces that attest to John Hardy’s design and technical evolution.

In keeping with its thrust to advance “sustainable luxury,” John Hardy uses only 100-percent recycled silver and gold bought from Hong Kong and sourced the world over.

“We would have wanted to get clean gold by panning, but it’s very difficult and time-consuming,” said Bedarida. “At the same time, we don’t encourage mining for new metals.”

Every step in the production process is done in a series of low, concrete buildings hidden in the sloping compound. John Hardy also manages an old-fashioned Balinese stone kitchen where nutritious and traditional meals for employees are prepared.

“A magical place like Bali has become a rich source of inspiration for me,” said Bedarida. “I also derive ideas from my travels abroad and infuse them with what we have here.”

For Spring-Summer 2015, for instance, he and his team have developed a collection inspired by Luang Prabang in Laos.

With prices ranging from $500 to $2,500 a piece, John Hardy falls under the “affordable luxury” category. Its prices are just a fraction of what traditional jewelers in Paris and New York charge.

The brand produces an average of 250 new pieces for Fall-Winter, and 150 new pieces for Spring-Summer. Bedarida is also able to draw from his experience designing expensive pieces by working on Cinta, John Hardy’s limited-edition high-end line.

“We’re not super high-end like Van Cleef & Arpels, but we’re also not producing costume jewelry,” said Bedarida. “Since our affordably priced pieces are also completely handmade, we’re in a unique position of providing fashionable women with plenty of beautiful accessories that won’t require them to spend so much money. And unlike mass-produced pieces, ours have soul.”