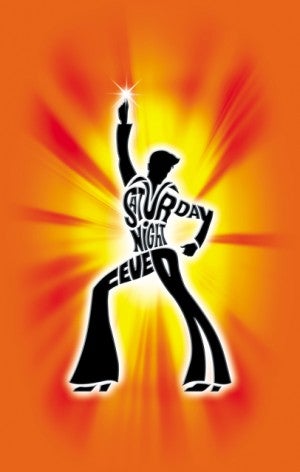 MANILA, Philippines—When John Travolta walked on to the dance floor in the smash hit film “Saturday Night Fever,” it changed the way we dance forever.

The date is 1976 and in Brooklyn, New York, Tony Manero, a young man with a dead-end job and an extraordinary ability to dance, has only one ambition in life—to become the disco king. When he meets Stephanie, who also dreams of a world beyond Brooklyn, and they decide to train together for a dance competition, their lives begin to change forever.

In June 2015, audiences will be treated to a brand new production of “Saturday Night Fever The Musical,” one of the most loved dance stories of all time.

“Saturday Night Fever” features the classics “Stayin’ Alive,” “Night Fever,” “Jive Talking,” “You Should Be Dancing” and “How Deep is Your Love?” It is based on Nik Cohn’s 1975 New York Magazine article “Tribal Rites of the New Saturday Night” and John Badham’s 1977 film, featuring music by the Bee Gees

Patrick Bywalksi, Deputy Chairman of the Robert Stigwood Organization says, “The Robert Stigwood Organization is proud to have entered into a partnership with Atlantis Theatrical Entertainment Group, beginning next Spring with this new production of “Saturday Night Fever” issued from the Iconic movie from the Seventies which has one of the best selling soundtracks of all time for the audience to enjoy.

Atlantis has been chosen for the high standard they have achieved with some of the best Broadway shows; furthermore this totally new production is being introduced in the Region for the first time. The First class Creative team assembled will deliver a thrilling experience, so bring the white suit out…and your boogie shoes.”

“Saturday Night Fever” premiered in London’s West End in 1998 and ran for two years before opening on Broadway. It also had a revival in London in 2004. In 2013, the script was rewritten and reorchestrated for a highly acclaimed production at the English Theatre in Frankfurt, Germany. This new production of will reflect all those revisions.

The musical will feature an international cast from the US and Manila. Casting for the touring production will be held in Manila and New York.

Manila audition dates are November 18 from 10am – 4pm for Singers and November 19 10 am – 4pm for Dancers. Singers are expected to prepare a contemporary pop song and bring sheet music. No backing track/minus one. A pianist will be provided. Dancers are expected to learn a complex dance routine and may be asked to sing a song. Auditions are at the Opera Haus, 3657 Bautista Street (near the corner of Buendia), Makati City. New York Casting will be handed by Tara Rubin in January 2015.

The musical will premiere in Manila in June 2015 before travelling to Singapore and other select destinations in Asia.   For more information contact ATEG at 892-7078 or follow on Facebook at ATEGAsia.