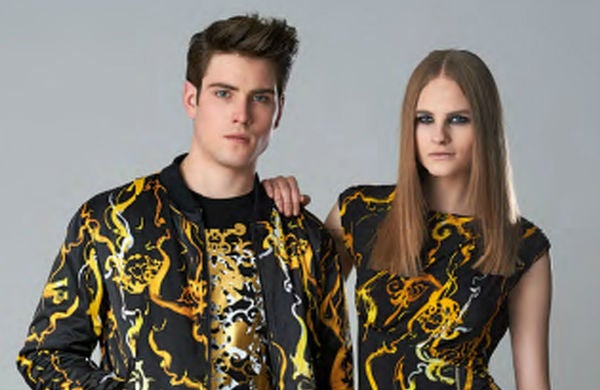 MANILA, Philippines – Versace Jeans, the music and pop-culture inspired brand of the Versace Group, one of the world’s most iconic and famous fashion luxury brands, has recently announced the arrival of its Fall/Winter 2014 Collection at its sole-boutique in the Philippines at the Shangri-La Plaza.

The new fall-winter 2014/2015 collection is the result of the juxtaposition between two of the strongest cultural and artistic movements of the second half of the 20th century: Psychedelia and Pop.

Psychedelia explores visions and sensations and iconic images from the 60’s and 70’s, from concerts and music albums to street art and murals to evoke the hallucinatory state of mind in which psychedelic art was born. The prints fill the garments with distorted elements that me

lt and overlap into each other in surreal patterns and saturated colors.

Primary colors and sharp contours define shapes and volumes in the pop side of the collection which represents major cultural currents of the post-war period, defined by the symbols, myths and expressions of a consumerist society.

Urban art forms find expression in all over graphic prints and placed foulard designs that fill shirts and dresses making appearances also inside the garments with simple elements treated as small works of art.

These two worlds meet and blend together in one collection inspired by the music, art, and fashion of the times.