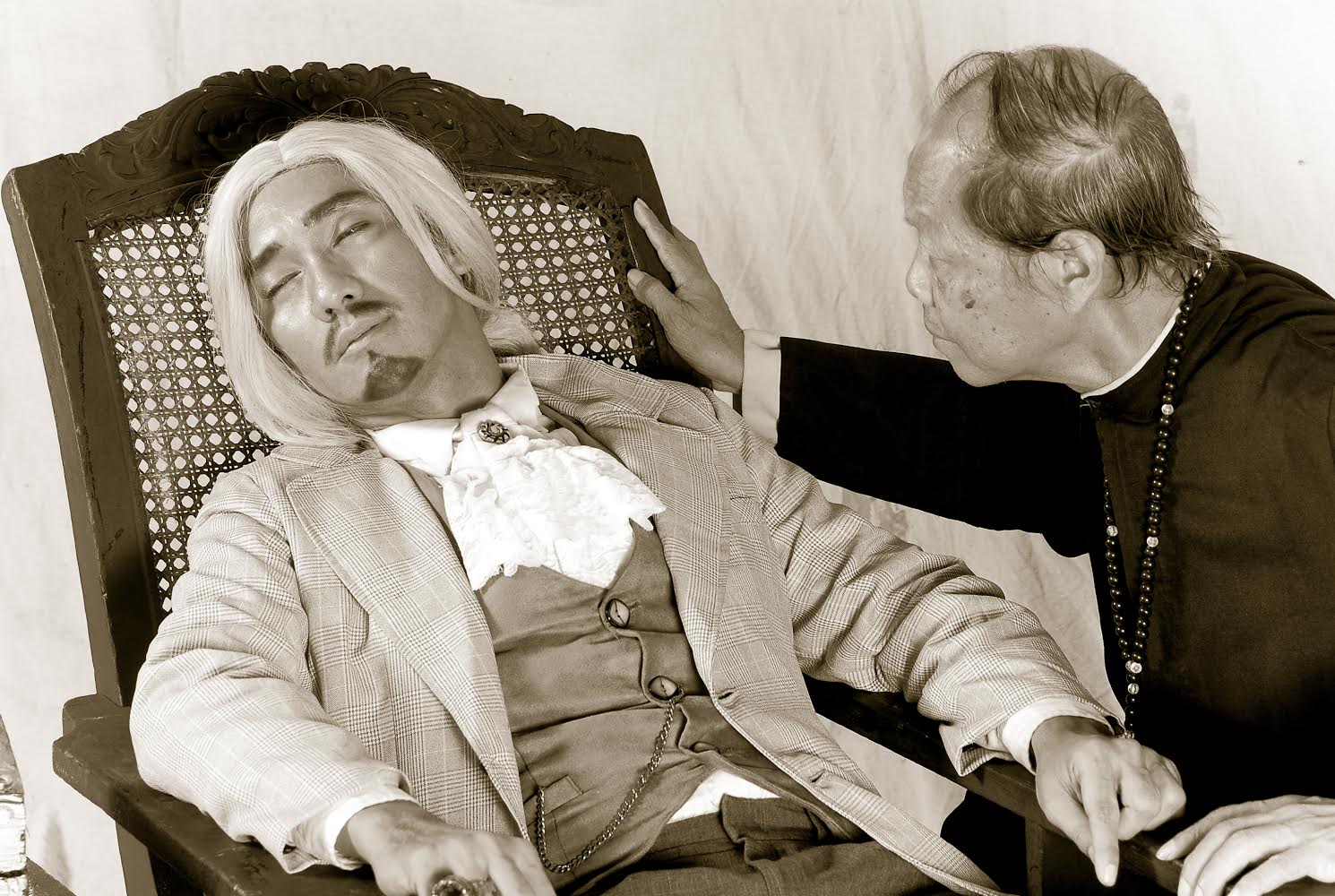 MANILA, Philippines—Fresh from his critically-acclaimed performance as the sublime paralytic in “Ang Huling Lagda ni Apolinario Mabini,” Roeder Camañag shall once again reprise his role in Gantimapala Theater’s “El Filibusterismo”.

Indeed, Roeder’s celebration of his 27th year as an artist in the entertainment and theater industry is being etched with very significant roles in the legitimate stage. He also won the 2013 Aliw Awards for Best Actor (Musical) for “Stageshow” under Tanghalang Pilipino.

“El Filibusterismo,” whose alternate title is “The Reign of Greed,” is a very dark novel, it was set in a dark time, written during the dark days of the Spanish tyranny, the themes progression is wheeled by an unseen dark force, a force that is so powerful that it controls even the characters trivial actions and choices that often lead to nothing but tragic endings. This unseen and destructive force is greed,” said director Jose Jeffrey Camañag.

“It is the intention of this production to reconstruct the face of greed as painted by the great Jose Rizal in this novel and to resonate Rizal’s definition of greed as the key evil that chains and enslaves the mind, heart and soul of a society away from the real path toward genuine freedom,” Camañag continues.

“Through creative staging, powerful visuals, clear storytelling and moving music, we hope to usher and challenge the audience especially the students who will be watching this show as an aid to their curriculum, to look beyond the entertaining value of our production and try to listen to the remarkable messages embedded in Don Simoun’s confessions to Padre Florentino,” states Camañag.

On his 27th year as an actor, Roeder Camañag plays Apolinario Mabini