After building a business, he found his true calling in art | Inquirer Lifestyle ❮ ❯ 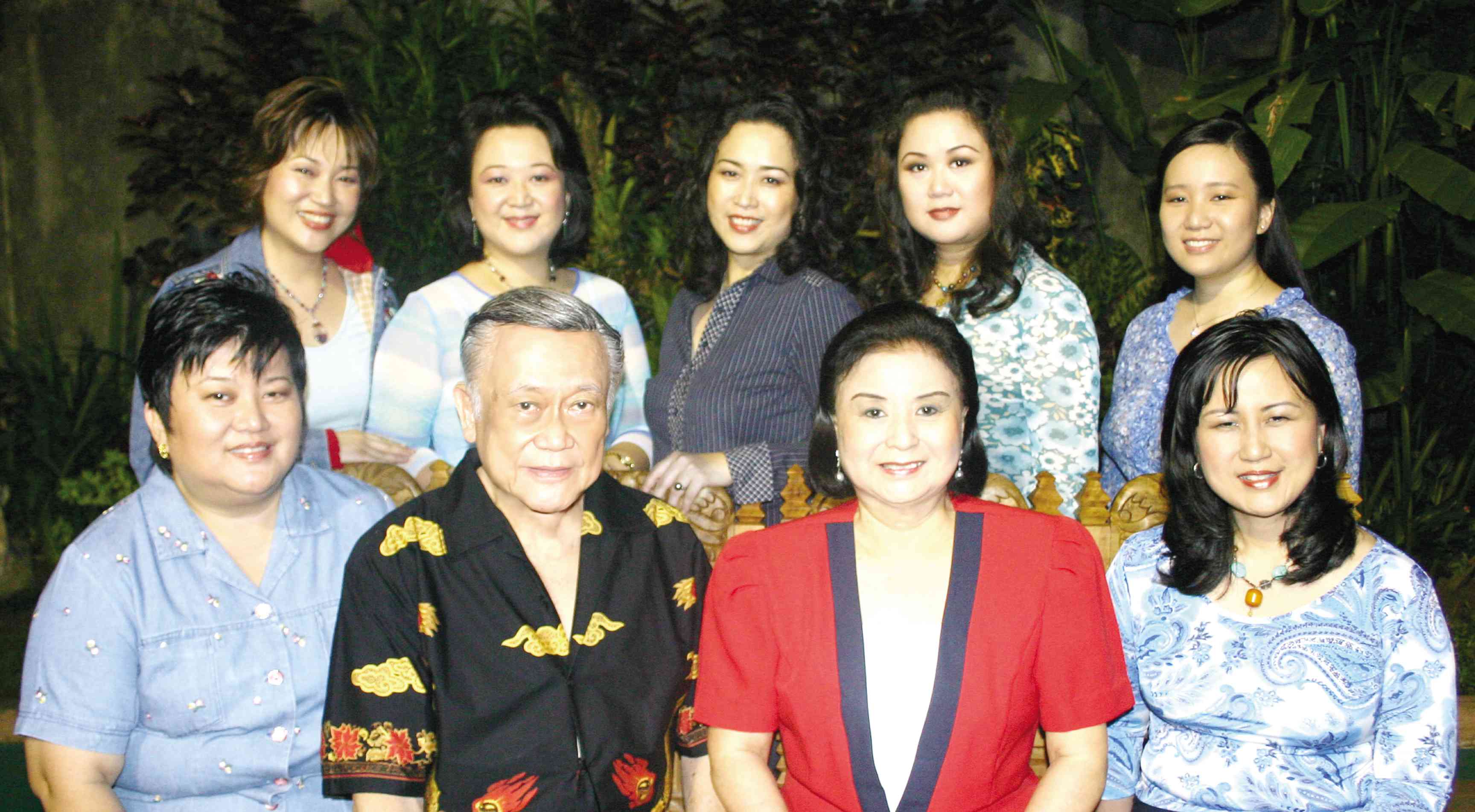 After building a business, he found his true calling in art

Julius Limpe was a manager, a businessman, an artist and a parent. He achieved great success in each of these roles, and leaves a proud legacy and a respected name to his descendants.

He was born on Feb. 1, 1927, to James V. Limpe and Juana Teh Limpe. The family was then living on Almanza Street, in San Nicolas, Tondo.

The Limpe clan was, and is, deeply immersed in the family business, Destileria Limtuaco, Asia’s oldest continental distillery, established in 1852 in Gandara Street, Binondo, Manila. The founder was Julius’ great-uncle, Lim Tua Co, an immigrant from Amoy, who later took the Christian name Bonifacio Limtuaco.

Just a year before the birth of Julius, his grandfather, Lim Chay Seng, the nephew of Don Bonifacio Limtuaco, took over the management of the business. Lim Chay Seng, in turn, would retire in 1937, and Julius’ father James would assume leadership that year.

Julius attended the Immaculate Conception elementary school, run by French-Canadian nuns, graduating in 1941. War broke out when he was in high school at Ateneo, in 1942. When the Japanese occupied Manila, they seized the distillery due to its strategic value. James had emptied out the stocks of alcohol beforehand, destroying the precious inventory, to deny it to the invaders.

In retribution, James was arrested by the Japanese and imprisoned at Fort Santiago. He was later tried by them and sentenced to 20 years in prison.

Sent to the US

Because of these circumstances, Julius left Ateneo and attended, in turn, Bohol Junior College, Business Administration Training School, then San Juan de Letran College, before finally graduating from San Beda College in 1945. His father, providentially, had been released by the Japanese as part of an emperor’s birthday pardon.

At age 19, in 1946, Julius was sent to the US to study, like his father before him. Julius first took business management courses at New York University, then attended Indiana University at Bloomington, where he graduated with a Bachelor of Science degree in Business Management, with a minor in Fine Arts, in 1950.

In 2011, he told the Manila Bulletin: “’Art was my first hobby. I would draw posters for our school. When I studied in Indiana, though, I also enrolled in four or five art subjects. Art became my minor.”

He fondly recalled how he was the only business student who would cross over to the art department in the university.

In 1954, Julius married Lily Chen, the beginning of a remarkable marriage that would last 60 years. They have seven daughters: Linda, Patricia, Joyce, Natalie, Olivia, Isabel and Irene.

Julius apprenticed under his father for eight years, and took over operations as general manager in 1958, at the age of 31. By this time, the main plant had moved to Grace Park, Caloocan. James Limpe, who remained chairperson, was still very much around to guide his son, and the two had a close professional relationship. James passed away in 1982, upon which Julius became the chairperson.

Julius had a successful and rewarding career, in which his creative and artistic nature played a role. Although he did not create art pieces in the three decades when he ran the distillery, he thoroughly learned the techniques of distillation and blending, and created many different processes and products.

Destileria Limtuaco’s original success was built on Siok Hoc Tong medicinal wine (colloquially known as sioktong). James had diversified by creating and marketing Western-style spirits such as whiskey, gin, rum and brandy, but it was Julius who greatly expanded the company’s portfolio.

While not a chemist himself, Julius successfully developed accelerated aging processes, which are covered under Philippine and international patents. This, and other key formulas, greatly enhanced the success of the company in the ’60s and ’70s.

Julius was a marketing master, and understood well the value of advertising. He propelled brands such as White Castle Whiskey, Old Captain Rum, Napoleon VSOP brandy and Maria Clara Sangria to national attention, with a myriad of advertisements that ranged from White Castle’s iconic girl in a red bikini riding a white horse, sexy and romantic to serious and manly ads, and even quirky, humorous television ads, and expanded market share for the company, making it a major player.

When he turned over the helm of the business to his daughter Olivia in 2004, under his supervision as chairperson, he finally rekindled his passion for art. He started painting again, and by 1993, he devoted most of his leisure time to it. He semiretired from the company in 1992, at the age of 65. He had his first exhibition with his daughter Isabel in 1993. He started joining group exhibitions, and eventually had solo exhibitions.

His work was critically well-reviewed and appreciated by art lovers. He was known for his romantic subjects, derived from nature such as fishes, flowers, animals and other wildlife, still lifes and landscapes. He has a unique modern expressionist style with a strong and bold color sense, and worked in a wide variety of media.

All of the foregoing speaks of his public persona and career, and is certainly remarkable in itself. But what he will perhaps be most remembered for is as a loving parent to his seven daughters, along with his wife Lily. He lived to see 20 grandchildren and four great-grandsons.

The Limpe girls grew up to be strong, confident and well-balanced individuals, with a blend of creative and business management skills, as well as emotional intelligence.

This is no small achievement in a Chinoy culture that, like its mainland roots, is strongly male-oriented, and where women have been traditionally taught to defer to men. Julius Limpe was quite modern, considering his generation. He demonstrated this by always being an equal partner to his wife Lily. He always told his daughters that anything men can do, women can do, too—if not as well, better.

Most of all, he taught them happiness. His fundamental happiness is best expressed in his art, which deals with nature, beauty and contentment. Julius Limpe’s life was not bereft of challenges, but he weathered them with stability and strength.
While perhaps not an optimist, he had the unfailing ability to find grace in any situation, just as his paintings reveal beauty and magic in ordinary things.