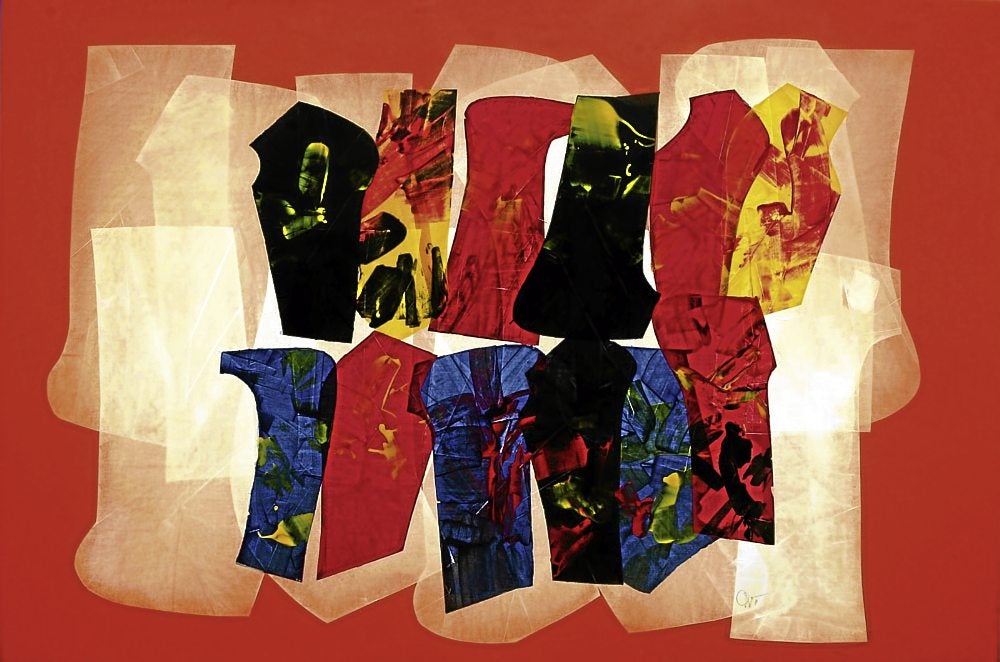 New exhibit by Olazo is ‘Untitled’ 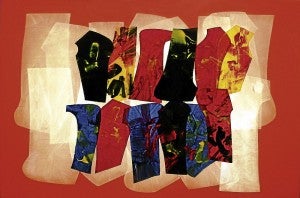 For Romulo Olazo, titles play the basic function of categorizing the distinct series of works he explores in extended periods—years or decades even.

These include the series referred to as “Diaphanous” and “Permutations”—titles immediately identified with his art-making.

But a significant portion of Olazo’s output also includes works simply identified as “Untitled”—a word that seems to give him a breadth of choices to explore techniques in abstraction.

The role of titles assigned to artworks has been a subject of inquiries and experiments in the fields of aesthetics and psychology. A primary concern is its impact on the viewer’s perception and understanding of it.

How much pleasure does the viewer derive from making a successful interpretation of it and picking up the artist’s message? And how important is this, anyway, to the artist and to the viewer?

Titles increase the aesthetic experience only when they contribute to logical representations.

For abstract works, elaborative titles have been known to increase understanding but not necessarily its appreciation. Studies on the cognitive process and the psychology of perception distinguish “understanding” and “appreciating” a work of art. 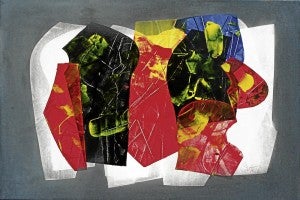 The former entails the “mere assignment of meaning,” which is often the immediate concern of the viewer. Appreciation is an ongoing evaluation that involves an incomplete impression but allows some room for further interpretation. (Russell, 2003)

By assigning titles, the artist makes “effective and conscious decisions” on how they want their works to be perceived and even appreciated. Similarly, in employing the label “Untitled” for works of art, artists try to “avoid text of any form to influence the viewer’s perception. They want the work to speak of and from itself, enabling viewers to interpret it in their own way.” (Varga, 2011)

It is in this context that the dialogic process takes place between the artist/artwork and the viewer/audience. Marcel Duchamp noted this shared nature of creativity and the creative process when he said:

“The creative act is not performed by the artist alone; the spectator brings the work in contact with the external world by deciphering and interpreting its inner qualifications and thus adds his contribution to the creative act.”

Olazo’s series of “Untitled” works began in the 1980s mainly as painting explorations in abstraction. But these were distinct from the “Diaphanous” and “Permutation” paintings rendered on canvas.

They can be further classified into two sub-series: One that features more freehand and gestural painting methods, and another that employs Olazo’s stenciled forms as templates and patterns. Yet these two are significantly related as a consolidation of technical elements found in his other works.

By deciding to leave paintings untitled, Olazo maximizes the viewer’s personal engagement with the artwork as well as his own. The act of painting for him may be valued as a formal exercise to develop the competence for language and technique.

Indeed, his earlier series of “Untitled” works  revealed fundamental attributes of his other series. Overlapping patterns recall the “Diaphanous” compositions but with variations in opacity.

Hand-painted linear forms over layers of solid shapes preceded the “Permutation” series which began in the 1990s.

Some of the recent “Untitled” works on canvas assume a radial structure set within a square framework, a direction similar to his other new painting series.

There is a degree of randomness in these new works, as if Olazo were  proposing possible color schemes to take on in the future along with new formal patterns and textures. Bright hues dramatically contrast with dark and earth tones. His palette is more polychromatic and his rendering more aggressive.

Underneath all these new propositions is his signature diaphanous and translucent base that provides clarity and stability to the playfulness of the rigorous brushwork. From a viewer’s point of view, Olazo takes us to a new path of perception, a new set of formal tools to make sense with, but eventually to recognize as his.

The author is a faculty member of the Department of Arts Studies of the University of the Philippines.