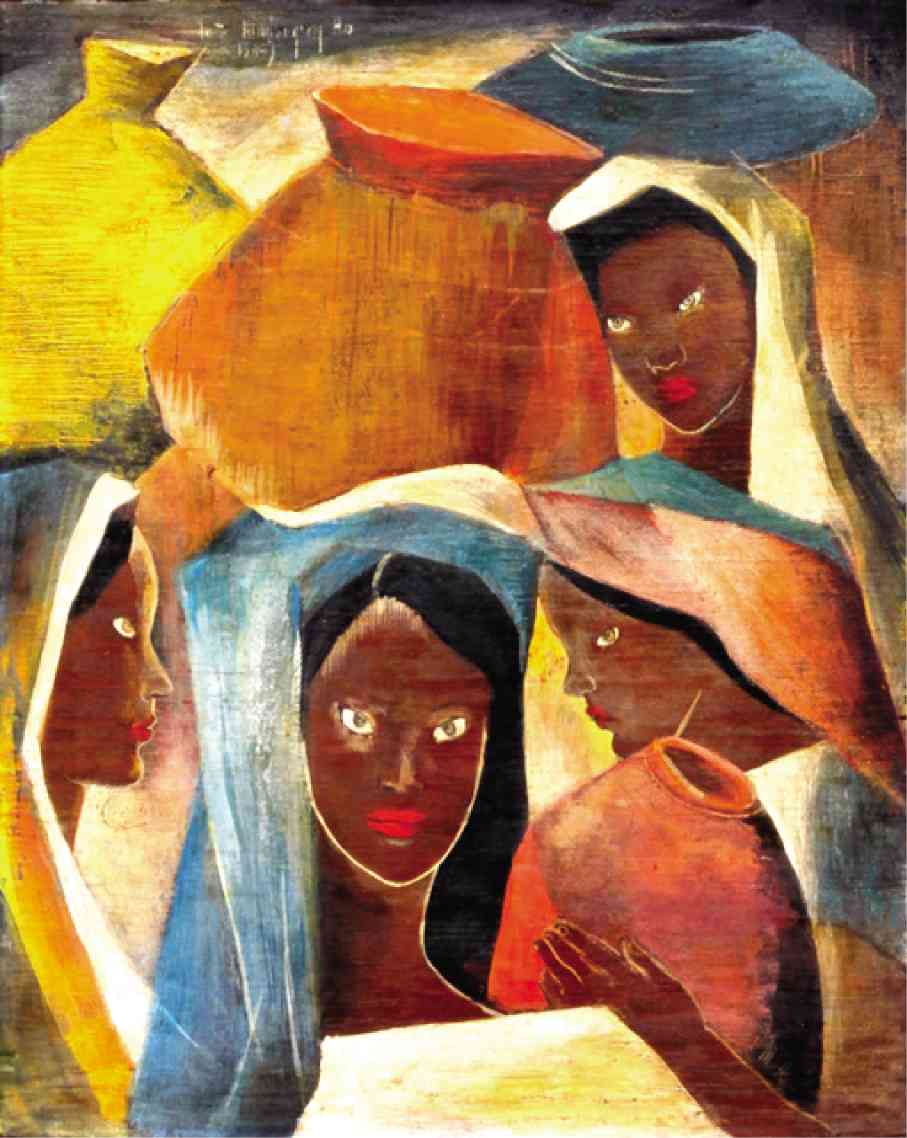 Capping off the auction season this year, León Gallery, a leading auction house, has packed together a sizeable collection of artworks, antiques and objets d’art for its Kingly Treasures Auction.

Formal bidding will be held on Nov. 29, 2 p.m., at the ground floor of Eurovilla 1, Rufino and Legazpi Streets, Legazpi Village, Makati City.

One of the highlights of the collection is H.R. Ocampo’s oil on canvas “One Month Before Christmas,” signed and dated 1976, which, according to León Gallery director Juan Ponce de León, is befitting for the auction. Bidding starts at P600,000.

“This is one of the many noteworthy pieces that we have assembled for this outstanding sale,” De León said.

One of the most expensive art pieces in the auction is José Joya’s oil on canvas “Labyrinth.” It is considered the artist’s most sensational piece and a testament to his prowess as an abstractionist. Starting bid is P2 million.

Also a notable piece is a rare Anita Magsaysay-Ho work, “Women with Jars,” signed and dated 1949, which is a powerful tribute to Filipino women.

A 1966 Lee Aguinaldo painting, “Linear No. 45,” will be auctioned off at P500,000. Aguinaldo’s signature hard-edged minimalist style influenced a new generation of abstractionists in the 1960s.

Some of the representational artworks embody nationalistic themes.

Among the must-sees in the collection are Jorge Pineda’s 1938 oil on canvas “First Cry of Balintawak” and Juanito Torres’ 2011 oil on canvas “The Assasination of Gen. Antonio Luna,” which have starting prices of P400,000 and P80,000, respectively.

The pièce de résistance is a work by Benedicto “BenCab” Cabrera. The sweeping piece titled “José Rizal,” signed and dated 2011, is an amazing visual chronicle of the life of the hero.

Another artwork by BenCab, “Sabel,” also one of the most expensive pieces at P2 million, echoes the colors of our national flag.

Other exceptional artists whose works are to be made available are J. Elizalde Navarro, Danilo Dalena, Solomon Saprid, Mauro Malang Santos, Nena Saguil and Charlie Co.