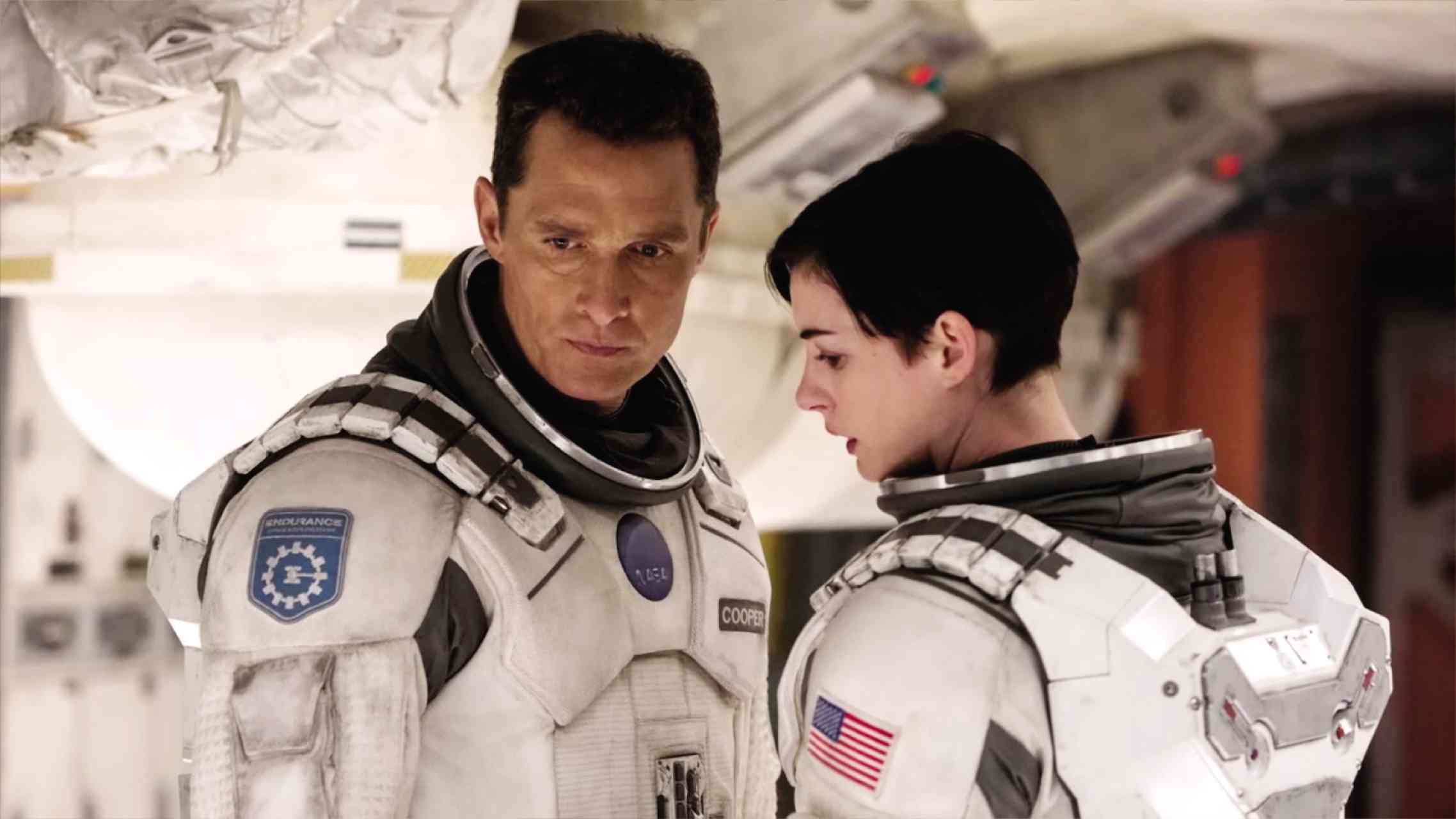 MATTHEW McConaughey and Anne Hathaway star in the Christopher Nolanmovie.

Christopher Nolan’s “Interstellar” is big and complicated. It is ambitious and emotionally charged.

In this science-fiction film, Earth faces a huge food crisis and will soon be inhabitable for human beings. A group of space explorers takes on an important voyage in the universe to find a planet that could be a new home for humanity.

Cooper (Matthew McConaughey), a US National Aeronautics and Space Administration (Nasa) pilot turned farmer, finds himself back in his old job through his 10-year-old daughter Murph’s (Mackenzie Foy) belief of “ghosts” trying to communicate with her. He then meets his previous boss, Professor Brand (Michael Caine), who tapped him to join the team in exploring space to save the human race.

Nasa believes that a wormhole found near Saturn is the way in transporting them to another galaxy and finding a new habitable planet. The exploration will follow three previous space trips that aimed to find sustainable planets.

Endurance requires years to be completed and would mean Cooper sacrificing a long time away from his family. There is also no assurance that he would be coming back to Earth after the project.

The primary plan of Endurance is to find a habitable planet, while Brand researches on how to mass-transfer humanity to a new home world.

But if the research is not completed in time, they have to save the human race by repopulating humanity through a bank of fertilized human embryos that they brought with the journey, leaving everyone on Earth dead.

Knowing the possible consequences of the expedition, Murph disapproves of her father’s decision. But Cooper promises to return no matter what happens.

“Interstellar” highlights the ingenuity of human beings. In the film, Cooper talks to Professor Brand saying that humans will always find a way to solve the problems of Earth.

But the film does not only center on scientific findings and space explorations. It also tells the stories of love and relationships. It shows how nothing less than an emergency of apocalyptic proportions takes its emotional toll on people.

As a sci-fi movie, “Interstellar’s” strongest suit of course is the visuals. The new planets created in the film are stunning and are beautifully shot by cinematographer Hoyte van Hoytema.

Written by Nolan and his brother Jonathan, the narrative inclines to be too sentimental at times. It also tends to be messy and difficult to understand.

But Nolan is known for his complicated plots and tricky narratives. Some of Nolan’s cerebral and complex movies are award-winning films such as “Inception” and “Memento.”

McConaughey gives a very impressive performance. He knows how to handle his roles well, and he effortlessly shifts his emotions from being a stable pilot to a caring father.

His coactors did not disappoint. Jessica Chastain, who plays the older Murph, is subtle and beautiful. Caine and Hathaway also give outstanding performances.