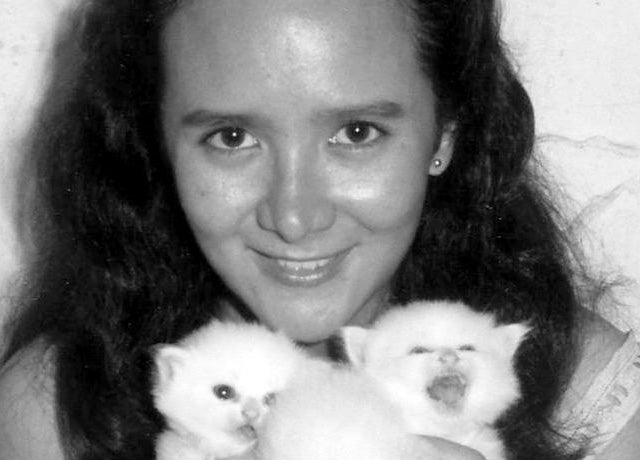 Last week, overhearing my daughter whispering into her cell phone, I suspected she was talking about our latest family adventure. There was raucous laughter, some indistinct, muffled exclamations and then, at the end, a clear “Well, you know Mommy … lunatic magnet.”

Lunatic magnet? Really? I’ve been thinking about this for three days now, going into the darker corners of my mind, examining and reexamining my worldwide network of friends, relationships and close encounters. My conclusion is that, if in the interest of truth I have to concede the point, my defense is going to be – I grew up in the Philippines.

While immersed in that culture, I clearly did not realize the influence of excessive heat and humidity upon my aura; however, in the clean, orderly, politely restrained, homogenized atmosphere I now live in, it becomes clear that yes, somehow, I am honey to the wild bees of the human race.

Why do I draw crazy people? Why am I in turn, drawn to them? Why is it, that even in the sanctity of a church, the one who wants to stab out the preacher’s eyes with a pencil, the one who applies her deodorant during worship, the one who takes money out of the collection basket – why do these people choose to sit next to me? Worse, why do we wind up doing lunch afterwards?

I have been from birth, a very shy and quiet girl. Apart from collecting animals, my hobby is reading. So you see, if the way my life turned out is not due to nature, then clearly it must be nurture. My pollo loco appeal (as my friends call it) really has to have something to do with those islands. In that hotbed of intrigue, passion, wild imagination and native cunning, you know as well as I do, that it’s difficult if not impossible to pick out the truly crazy ones from the merely eccentric, or even from those simply having a hot flash. Trained to rein in my opinion, hold my tongue, keep my brow smooth and my voice calm, offering little critique or defense, I am the port in which the bizarre choose to dock their vessels.

Pinning the blame on Manila makes sense to me, but there are those who disagree. Contentious family members like to point out, that even as a child I had a propensity for collecting. If there was a homeless, war-torn, diseased dog or cat in our neighborhood, I had to have it. Encountering some potentially rabid street animal, I’d get a string around its neck, drag it back to my house and try to hide it. Never mind that I knew in advance I would be punished, and my many tears would be mingled with sobbing promises never to do it again.

Those promises were forgotten faster than those tears dried. My lola’s house had huge, ornate iron cage windows, and late at night I would stretch my arms through the bars as far as I could, dropping bits of food into the garden below, in the hope of adopting yet another motherless creature. I couldn’t help myself. They called to me: one-eyed cats, scabies-covered dogs, tailless reptiles and once, even a huge, healthy rat. I didn’t care for soft, fuzzy animals from decent homes or good pet stores. I wanted… the interesting ones.

My grandfather was interesting. He was a quiet, thoughtful man who loved the countryside: plants, flowers, small animals and little children. His voice was so quiet you had to bend forward to hear him. He was exceedingly gentle, and generous with everything he had. Then out of the blue, a man casually insulted my grandmother and my grandfather shot him. Dead. I asked my mother about it, and she said, “He had it coming.”

I never understood if she meant my grandfather, or the man he killed, and I was afraid to ask, because frankly, most of our family members were pretty quick on the draw. You didn’t want to ask too many questions about anything.

There was the time my uncle twice removed got up from dinner and announced he was going outside for a smoke. He never came back. No really. NEVER. He completely disappeared. Because there was always so much going on in the house, it was a full week before anyone really noticed; but when they did, there was a lot of whispering and then they no longer set his place at the table. That was it. Because I was a child with little sensitivity, one night at dinner I pointed to the empty place and asked aloud, “Did he run off with another woman?” My mother broke the silence with, “Finish eating because I’m going to cut your tongue out afterwards.”

Then there was the friend of the family who fancied himself a magician. He called himself, “The Man of Mystery” and sometimes, “The Man of a Thousand Faces.” He was a very sweet individual who, when visiting us, liked to show me pictures featuring his many disguises. The problem to my young, but discerning eye was that in the photos he always had the same face. Different hats yes, but always the same face. So, I thought he might be more aptly named “The Man of a Thousand Hats.” I was about to suggest this, when I caught my mother staring fixedly at me. The hand on her teacup was clenching and unclenching itself.

As I grew, my friends tended to be also, for the most part, of the monumentally interesting variety. There was the famous scriptwriter/director, who before showing anyone else his work in progress, would act out all the parts for me. This could go on for hours because if you interrupted him with a question, he started again from the beginning and rewrote the story. I learned to assemble my snacks and use the bathroom before he started. Once he was so vigorous in his interpretation of a murder scene, that he stabbed himself with the cheese knife lying next to my crackers. A smallish puncture but it still needed stitches.

I know what you’re thinking. It’s because I spent some time in show business. Not true. None of my family did, and actually, my friends came from every sector, segment and social stratum Manila afforded. Apart from some basic differences—like quantity of money—they were all similarly unique.

A rich Filipino friend bought himself a castle in Europe. The week after his relocation, he called me in Manila.
“I hate the food here.”

“Cans? Are you kidding me?”

“Are you insane? Even if I could find a thousand cans of corned beef, the shipping would take months.”

“Are YOU insane? Shipping? SHIPPING? You my friend, want me to starve to death? Get on a plane and bring it here!”

My numerous girlfriends were for the most part deeply immersed in the national pastime of falling in, and out of, flame-broiled love. I accompanied them to fortunetellers for advice and witch doctors for solutions. I anguished with them as they raged through strategies for getting rid of the other woman (or as it turned out in few surprising twists, the other man).

None of these drop-dead beauties ever moved in the love arena with “the quiet sense of grace and dignity” I’d read about in books. No way. These were amazons prepared for battle, armored in designer clothing, unstable as IED’s. Filipino men adore dangerous women.

It was exhilarating for an introverted, bookish girl like myself, to be a part of—albeit on the sidelines—the thrilling passion evidenced by screaming confrontations, death threats, the breaking of glass, ripping off of clothes, slapping of faces and throwing of expensive gifts into the Pasig River. It was the very highest of drama that regularly concluded with both parties trying to kill each other, and when overcome with fatigue, falling into hot, passionate embrace. Loved it.

As I moved on in life and across the planet, my magnet stayed true. No matter where in the world, I am regularly approached in airports by people I don’t know and will never know, since obviously we are all just passing through. Yet they ask me to watch their kids while they wander; borrow money for a blow-up neck pillow; partake of my fries. Often people read my book over my shoulder. If I show discomfort, they ask if they can use my laptop.

Once, after the announcement warning that an excess of carry-on baggage would be confiscated, a woman walked up to me and demanded, “Si Lotis Key ka ba?” (Are you Lotis Key?) When I nodded a slight, surprised assent, she pushed two large bags at me and insisted I carry them for her since I only had a small bag of my own. When I demurred, she marched away complaining very loudly, “Ang yabang mo! Itong mga artista akala nila kung sino sila!” (Stuck up! These actors really think they’re something!)

On another occasion, in a fancy airport lounge, I ran into a politician friend on his way to a conference. He was flushed and a bit hyper. Maybe it was the free wine. We indulged in catch up chitchat for a while and then headed to the security line. With an endless flow of jokes, we stood shoulder to shoulder, laughing and giggling, until he made the one joke you absolutely can never ever make, in an airport security line.

He’d been carrying my bag, so I was taken aside with him. Of course they released us both the next day, and he was gentleman enough to buy me a new ticket.

I’m telling you the truth. I feel deeply the debt I owe to the loony tunes of my life. They’ve provided me with consciousness-expanding, exotically colored experiences. Why, just the sudden memory of any one of them, can cause me to burst into spontaneous, hysterical laughter, anywhere anytime. Other less fortunate people need prohibited drugs to get release like that, you know what I mean?

I worry about my daughter though. I worry she is growing up in an ordinary world. I worry about the paucity of challenge…. She’s doesn’t seem to attract lunacy. She’s always happy and even-tempered. No rebellion, no insecurities, no fears. She’s never had a tantrum, a pimple, or a broken heart. Her friends are well dressed and polite. They get together to discuss the Bible and clean up when they leave.

I try to talk to her about it. I tell her of my concern that her personality might not expand properly, that she might not have interesting memories, that lack of angst might limit her emotional range. I apologize for the disturbingly pleasant community we live in. I have tried, but it’s been difficult to get a steady infusion of crazies into her development.

She nods and listens patiently, smiles gently and takes my hand.

“Mom,” she murmurs soothingly, “Please, please don’t worry. After all, I have you.” For more stories on the Filipino diaspora go to PositivelyFilipino.com