‘Use only cameras on birds’ | Inquirer Lifestyle ❮ ❯ 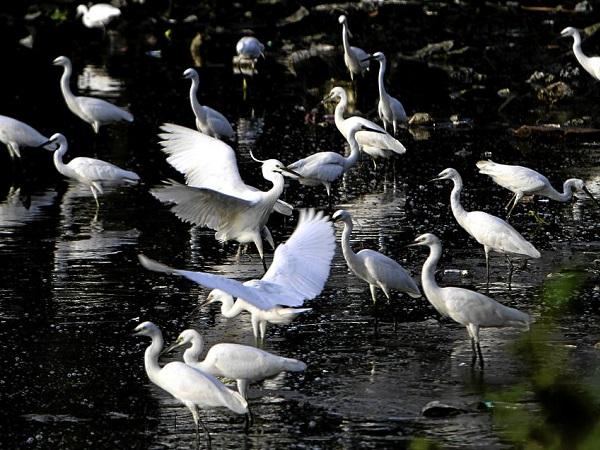 ‘Use only cameras on birds’

MANILA, Philippines—Ready, aim and “shoot” at birds—but with a camera—and not with guns that kill them, the Department of Environment and Natural Resources (DENR) has urged the public in its own take on wildlife conservation.

In partnership with the Wild Bird Club of the Philippines (WBCP), the DENR aims to conserve and protect Philippine wild birds and their habitats by encouraging bird photography.

Under an agreement, the WBCP will complement the DENR’s conservation efforts by lending its members’ expertise and skills in “shooting” birds with cameras instead of guns.

“This is a unique approach to conservation, by aiming and shooting at birds with cameras and not guns,” said Environment Secretary Ramon Paje.

The DENR through its Bioversity Management Bureau (BMB) director, Theresa Mundita Lim, and the WBCP through its president, Gina Mapua, signed the agreement on Nov. 10.

The DENR and WBCP jointly will undertake activities intended to “contribute to the replenishment or reestablishment of the wild population of native threatened avian species through the rehabilitation and release of rescued birds into the wild.”

Paje stressed the need to protect Philippine birds, including migratory birds, since they play an important role in a balanced ecosystem.

The WBCP, a recognized leader in bird conservation in the country, was formed in 2003 and now has 238 members.

Paje said the signing of the agreement was timely as the country honored its commitment to the Convention on International Trade in Endangered Species of Wild Fauna and Flora.

One of the activities of the commitment is the WBCP-organized Philippine Bird Festivals to also be participated in by all DENR field offices.