Boston: My memories of The Hill | Inquirer Lifestyle ❮ ❯ Boston: My memories of The Hill 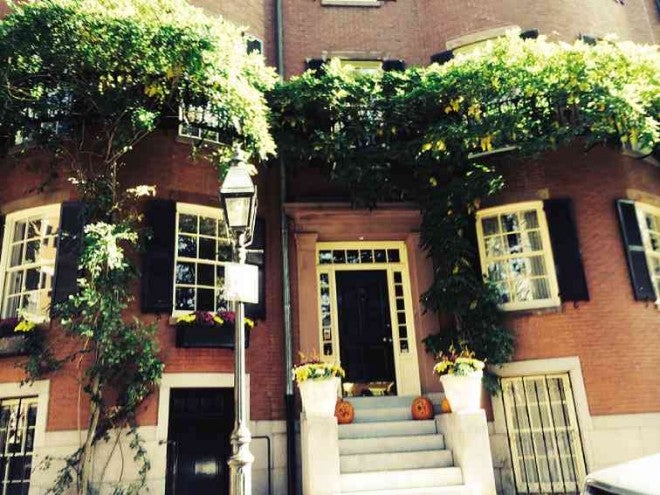 In the summer of 1966, I started my training at the Massachusetts General Hospital in Boston, the principal teaching hospital of the Harvard Medical School. Everyone called the hospital “The General,” as it was the acknowledged mecca for those infirmed to seek expert medical care. For the doctors who sought advanced training in any specialty, it was the most illustrious of them all.

I was one of those doctors who wanted to be trained by Dr. Raymond Adams at the General, one of the greatest teachers of neurology of all time.

I will not write about the rigorous training at the General, for it was impossible not to be immersed in that ultimate scholarly atmosphere. We breathed excellence and forever we must live it! I cherish profound friendships forged by the shared intellectual milieu; these friendships endure to this day and are made even sweeter by memories of daring adventures of our youth.

I chose to visit Boston recently, once again,   as I do every few years, preferably when the red and gold leaves fall in the biting chill of October. We are now retired academics, and we reminisce the heady conversations we used to have in half-lit basement cafes on Charles Street, where Joan Baez strummed her guitar, singing songs of protest. It was the time of the Vietnam War, and songs of flowers gone.

On this visit, conversations continued, as if it was only yesterday. We met in the hallowed halls of the Harvard Club, our words burnished with the insights that only 40-some years can polish. Astonished by the freshness of it all, we promised to meet again, to nurture our shared memories.

I want to share my life on The Hill, my beloved Beacon Hill, where I chose to reside during my training. A walking distance from the General, The Hill was not only convenient, it breathed an atmosphere of quiet elegance that only a genteel past could conjure. The beginning of America is relived in this quiet hill.

It started as a British colonial enclave in the 1600s, settled by Puritans who came from the port of Boston. Its Victorian row of houses and elegant Greek revival buildings, lovingly preserved through the centuries, spell timelessness as one walks its cobbled streets lighted by eternally lit gas lamps under rows of elm trees. After rigorous days in the hospital, I found these walks up The Hill, whether in the cold of winter or in the warmth of summer, invigorating.

The Hill was once the residence of many of America’s movers in politics, science, culture and the arts. John Hancock was a signatory of the Declaration of Independence; Charles Bulfinch, America’s revolutionary architect, designed the US Capitol; the Warrens cofounded the Massachusetts General Hospital; John Jeffries and Edward Reynolds founded the now famous Mass Eye and Ear Infirmary.

The father of Harriet Beecher Stowe, the author of “Uncle Tom’s Cabin,” lived on The Hill, as did the transcendentalist Ralph Waldo Emerson and Louisa May Alcott, author of “Little Women.”

The Hill was the haven of many abolitionists and intellectuals; among them, Julia Ward Howe, whose “Battle Hymn of the Republic” was first published in The Atlantic Monthly. The first editor of this literary magazine was James Russell Lowell, who was in great company with jurist Oliver Wendell Holmes Jr. and poet Henry Wadsworth Longfellow. Robert Frost commuted between The Hill and Cambridge, and with her husband Ted Hughes, Sylvia Plath lived on Willow Street while working at the General as records transcriber when she was not writing her poetry.

Many of these houses are now the residences of baby boomers, who are welcomed by the scions of the Boston Brahmins who still live quiet days around Louisburg Square, probably the oldest square in America. 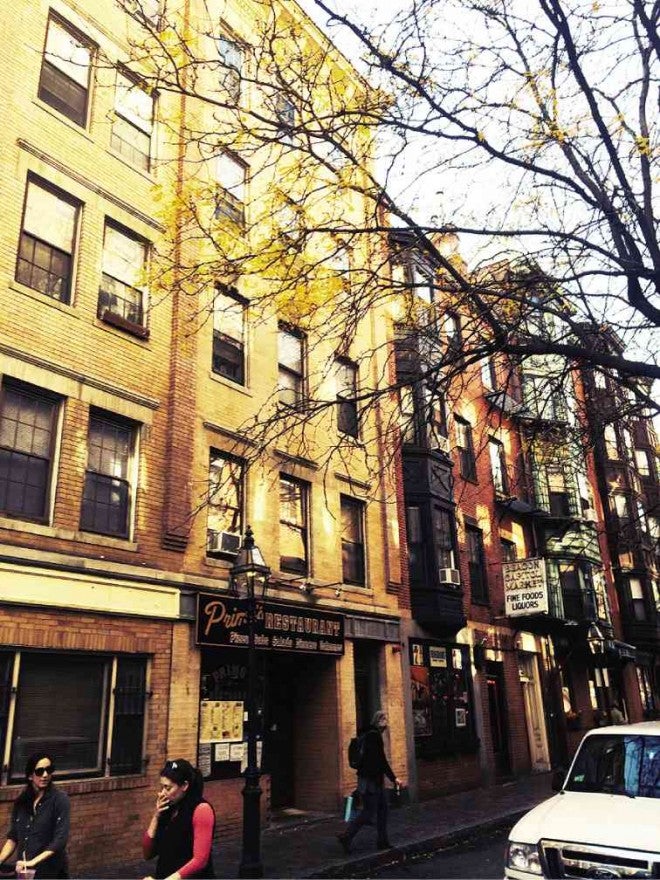 In spite of the quiet wealth in the elegant brownstones, Beacon Hill residents welcome all ethnicities, races, religions and styles of life. The houses are now mostly old but all the people who live here are drawn by a common devotion to preserve these edifices that speak of history and refined sensibilities.

The residents continue to defend staunchly the neighborhood bricks, the ever-burning gas lamps, its trees and antique shops. The neighborhood has a profound sense of community and a lovable quirkiness. Aside from being a preservation buff, one has to live with the many eccentrics, and make sure to clean up the dog’s poop and put trash in its proper place!

To this day, the Beacon Hill Architectural Commission must approve every change “visible from the public way.” This includes repainting a front door in the same color.

In 1967, there was a move by the city government to remove the old brickways on The Hill. In protest against this sacrilege, ladies lay in a row on the brickwalks. I watched and applauded their defiance.

As I walked the old brickwalks up The Hill once again, as I always did 45 years ago, my thoughts flew back to our Old Manila, the ever loyal and noble city of our memories, now decimated, scarred and forever lost; an ignoble deed of functionaries of the rough kind.

I lived in a flat and was fascinated by the quirkiness of its address: 28 1/2 Myrtle Street! My sister, who found my address strange, was distressed that her young brother was in extreme penury for living in half a place in some snooty Hill. In fact, it was adequate and comfortable except in the deep of winter when many a time the ever-creaking heater was not enough to warm the rooms.

But it was home, where I learned to cook a tinola of chicken wings bought from the Italian butchers in Haymarket Square; did my own laundry in the corner shop while reading “Siddhartha” in between chapters of neurology; sat on a borrowed sofa listening to Pablo Casals’ Bach fugues or to Simon and Garfunkel’s “Flower Power” anthems, while trying to learn how to smoke a pipe like a Harvard Don.

I bought my first Paul Gauguin print from the Harvard Coop in the Square, of ladies of noble-savage mien that reminded me of Ilocanas doing their laundry by the river; and a Salvador Dali to introduce me to surrealism. And I met Robert Ross, who gifted me with his first book on China, “The Middle Kingdom,” before the Bamboo Curtain opened to the world. He wrote for The New Republic, and at the time, it was heady to think left and be a radical.

I grew my hair long and I wore sandals. My sister phoned inquiring if I had gone mad after a coiffured Filipina relative on a visit, reported on my unusual appearance. Ross, is now a professor of China at Harvard College, and I am retired from the most visible hospital in the Philippines.

I believe that at 20, one must be a radical, and if you are not an entrepreneur or a professional of moderate success at 40, you will never know how to live well in this world.

I had come to America this time to connect with old friends for assistance in my mission to help expand the horizons of medical students in the Philippines. They did not fail me! I was fortunate to have been blessed to come to Harvard and be with the best in the cultivation of the mind and spirit. I was happy to learn how to become independent and take care of myself in another land.

On many Sunday mornings, whether autumn or spring, I loved to take walks by the banks of the River Charles down from The Hill. On many a time, I saw mist lifting from the cool waters, and the sun breaking through with the seagulls soaring high in the skies. I am mindful of the gift of a rare opportunity God has provided me. To gain knowledge from the best of minds, but above all, to know how to spend the rest of my life in the service of others.

My life on The Hill did me well and I want to give back.