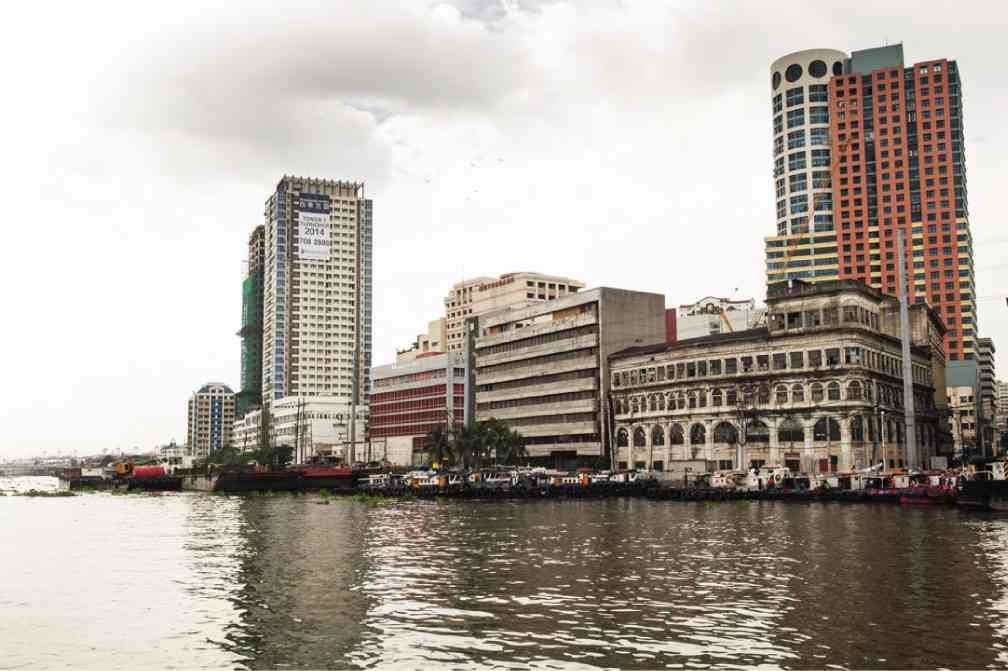 The demolition of El Hogar, one of Manila’s vanishing heritage structures, is “imminent,” according to heritage advocates, citing the apparent coyness of the Manila City Hall on whether it has issued a demolition permit to the new owner of the century-old building.

Leon Cruz Araneta of the Heritage Conservation Society said El Hogar appeared to be set for demolition since its new owner had set up concrete barriers and GI sheets around the building.

“GI sheets have also been installed inside the structure of El Hogar, covering the windows from the inside, effectively covering any work that may happen inside,” said Araneta.

He added that City Hall authorities had refused to disclose the new owner.

“The biggest problem is that the City of Manila is not revealing the identity of the developer who bought El Hogar,” he said.

“They are also not giving us info if there is a demolition permit or not. They are not sharing information that should be [made] public,” he added.

The National Historical Commission of the Philippines (NHCP) Historic Preservation Division chief Wilkie Delumen said the agency had written Engineer Rogelio Legaspi of the Manila Building Office (MBO), instructing him not to issue any permits on El Hogar.

Delumen added that the MBO had been informed that the new owner of El Hogar must submit a development plan to the NHCP.

He revealed that previous developers had attempted to submit development plans for El Hogar, but when asked to comply with conservation and restoration guidelines, they did not return to the NHCP “because they did not want or they could not do it.”

Delumen said the NHCP could not issue orders on the building because the new owner had not been identified by City Hall.

It was the Manila City Hall under Mayor Joseph Estrada that allowed the skyscraper Torre de Manila to be built on the old Manila Jai Alai lot on Taft Avenue.

Heritage advocates said the building would mar the skyline of the Rizal Park and Monument.

City Hall also gave a permit to exempt the CDC developer from the seven-story limit and build a 30-story residential building that would dwarf the ancient Santa Ana Church in Manila, a heritage zone.

City Hall has also given demolition permits for very old structures in Manila in violation of the National Heritage Law that protects buildings that are at least 50 years old.

Araneta said the demolition of El Hogar would be an incalculable heritage loss.

“El Hogar is physical evidence of the times and history that kissed the soil of our city. To destroy it is to heartlessly close our eyes to our identity as Manilans and Filipinos,” he said.

Araneta said it would be good to have a faithful restoration and adaptive reuse of the building, citing the examples of the nearby Juan Luna E-Services building and the SJ Wilson building, all located on Juan Luna Street.

“There is a win-win in all of this for all of us,” said Araneta.

Built in 1914 and located at the corner of Juan Luna Street and Muelle de Industria in Binondo, Manila, the four-floor structure was designed by Ramon Irureta-Goyena and Francisco Perez-Muñoz with elements of Neoclassical and Renaissance styles.

Described as airy and arcaded, it housed the Sociedad El Hogar Filipino, a financing cooperative founded by Don Antonio Melian, and the offices of Smith Bell and Co.

It survived World War II and a number of earthquakes, and is one of two remaining American-era structures in the area facing Pasig River.

Right across, on its northern front, is another important edifice—the Pacific Commercial Company Building (now Juan Luna E-Services) built in 1922. It has been converted into a call-center hub which heritage advocates have praised as an instance of “adaptive reuse.” They said they would like to see the same happen to El Hogar.

Meanwhile, the cease-and-desist order (CDO) issued by the NHCP on Sept. 3 against the developer of the Army Navy Club (ANC) has been lifted, according to Delumen.

He said a conditional lifting was issued on Oct. 16 after Palafox Associates presented its development plan. Delumen said the architectural firm showed three options for the redevelopment of the building but none was approved yet.

Deluman said the NHCP wants the new development “to adopt the prewar design by (William) Parsons,” the original architect of the building.

Delumen said external observers concurred with the NHCP on the matter.

Palafox Associates then presented a development plan anchored on the prewar design of the building, giving way to the full lifting of the CDO last Nov. 3.

Delumen said the developer, Oceanville Hotel and Spa Corp., had also paid the fine for violating the heritage law.

The ANC was built in 1909. It was designed by Parsons, the same architect who designed the adjacent Manila Elks Club building.

In 1991, ANC was declared a National Historical Landmark by the NHCP.