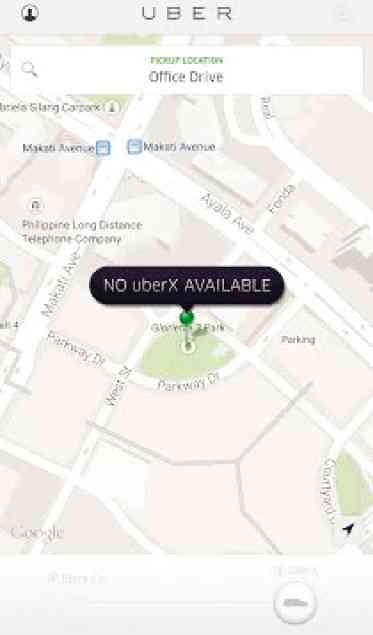 UBER is so convenient and safe that it has amassed loyal and vocal fans willing to defend the service.

Taking public transportation in the Philippines is like rolling the danger dice every day. Take a cab or jeepney, and risk getting robbed; take the MRT and risk injury when a door flies off or when a passenger car is derailed; ride a bus and risk the chance of it plummeting off a flyover.

It’s a sad fact of life, and what’s sadder is that we are all resigned to this fate because there is no other choice.

Thankfully, private sectors have noticed our transportation woes and have provided viable solutions to fill the gap in our inefficient transportation system.

One of these solutions is Uber, a ride-sharing app that lets you book, through your smartphone, a car and driver to chauffeur you to your destination. The process is simple: Install the app; add a credit card for payment processing (Uber accepts only credit-card payments; no cash is exchanged between driver and passenger); and book a car whenever you need one.

When we first tried out Uber, its fleet of black cars seemed expensive. It was a pleasant surprise to discover that while an Uber trip actually costs just as much as a cab, the car you are provided is so much more comfortable.

Uber’s drivers are all generally pleasant and polite: “Is the air-con temperature OK? Would you rather have the radio turned on or off? Welcome to Uber, ma’am, let us begin our trip.”

Some even have interesting stories. One of them used to be a family driver, but because his charges had all learned to drive for themselves, he was forced to retire. Thankfully, he found work again as an Uber driver.

Another one used to drive cabs for a living, but he says he prefers the safety of Uber instead after having been held up at gunpoint one too many times.

Another Uber driver we chatted with resigned from his position as a liaison officer at a pawnshop and drives people around while waiting for his butchery training to finish. (He plans to migrate to New Zealand/Australia after).

We’ve probably been riding Uber for a couple of months, but it has already become an indispensable part of our lives. We found it really helpful that we were able to take an Uber after donating blood instead of driving ourselves, because we felt too dizzy and disoriented to do so.

It felt great to know that an Uber could bring us home safely after a birthday dinner ended at 4 a.m. We don’t feel afraid to go to a meeting carrying our laptop, our wallet and smartphone because we could take an Uber to and from our meeting—we and our belongings would be safe.

Everyone who’s ever taken an Uber feels the same. A colleague told us how thankful she is for Uber because she doesn’t feel as worried about her daughter working late, because she knows she can take an Uber going home. Even an Uber driver is appreciative of the service as a prospective passenger.

Our last Uber driver told us how, after a failed attempt at working abroad in Brunei, he had decided to come back home. A taxi from the airport took advantage of the balikbayan and charged him P2,500 for the ride from the airport to Antipolo.

The social media outrage sparked by the Land Transportation Franchising and Regulatory Board’s (LTFRB) undercover “takedown” of Uber was inevitable. Recently, LTFRB impounded one of Uber’s vehicles in an effort to shut down the ride-sharing app for operating without a franchise.

We thought it would be the end of our favorite service, but we were glad to see that not every government office was out to get Uber. The Metropolitan Manila Development Authority (MMDA) released a statement on Twitter supporting Uber and its efforts, lauding the company for helping to alleviate the worsening traffic situation in the metro.

“MMDA today advised the LTFRB to find ways to reasonably assist transport services like local Uber instead of suspending its operations and impounding them as colorum vehicles, citing that such private initiative will help ease traffic in Metro Manila pending the availability of a modern mass transport system, among other things,” said the statement.

Besides, given the shortage of public transportation vehicles here, it’s highly doubtful that cabs have emptied out in favor of Uber. Instead of attempting to shut down an innovative company, taxi franchise owners should instead see what Uber is doing right and apply these practices to their own companies as they see fit.

Uber has not only been offering convenient and comfortable rides to commuters in the city, it has also temporarily partnered with Wheelmobile, a transportation service that caters to wheelchair-bound passengers. Now those who are in need of PWD (persons with disabilities)-friendly transport can book one through Uber.

To try out Uber, download the app from the App Store (iOS) or the Play Store (Android).