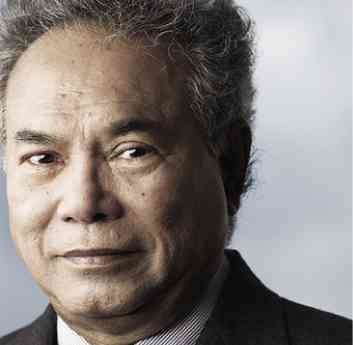 F. Sionil José at 90: A celebration

(Editor’s note: On Dec. 3, National Artist for Literature and Ramon Magsaysay laureate F. Sionil José will turn 90 years old. His friend, Edwin Thumboo, Singapore’s premier poet and admired by Filipino and other Southeast Asian literature lovers, will be among the well-wishers.)

There are occasions, very few, that turn out to be large and significant, when someone enters your life. That he is special and rare you only realize gradually, as he enriches you in so many ways, a quiet, abiding influence. As friendship grows into brotherhood and more, as you talk of little and big things. Over a breakfast of bangus, or buffet in Padre Faura, including a roast pig, during gatherings at his home in Quezon City, we talked of family, passing events, the ways of politicians, the destiny of our growing nations, and much else. Every time you meet, and after he has left, the conversations continue.

For me and for others I know, Frankie is such a special blessing. I’ve known him for some 50 years. There is much to be said of him, but given this special occasion, there will be other tributes, so I’ll keep this short and true. Frankie is the first Southeast Asian I know. His deep roots in the Filipino history and life, his deep concern for the welfare of his nation, were the basis and inspiration that led him to think of other nations in Southeast Asia, and Asia.

When I met him in the Philippines in 1967, we lunched in the Manila Overseas Press Club. And when I said that the conversation I was listening to was among the most brilliant I knew, he felt sad, perhaps because there was not enough being done that could equal what was being said. Solidaridad was the voice of Southeast Asia and Asia. He   brought together scholars, writers, politicians, who engaged with all the major issues of growth, development and consolidation; of nation and region making; of the   global context in which we had to thrive and find our destiny. He always listened with generosity and insight, understanding and sympathy. His vision is always overarching, and I had the pleasure of having him with us in Singapore at the Department of English of the National University of Singapore (NUS) and its earlier incarnations. He shared much with us, especially the students, drawing from the totality of his experience. The growth of the younger generation has always been one of his key concerns. Two weeks ago, I told a group of Temasek Foundation Leadership Enrichment and Regional Networking (TF-LEaRN @ NUS) scholars that Frankie José Sionil would be the person they should try to emulate. While they are not likely to do all he has done, they should embrace his vision and spirit, and draw from the energy they generate.

In addition to all this, he has produced a great body of work, that is perhaps the most comprehensive, creative statement of life and contacts in the Philippines. We all know that Frankie has packed many lifetimes into his 90 years and will continue to do so for the many years we wish for him: novelist par excellence, essayist, poet, commentator, editor, visionary, intellectual traveler, that carried his country, Southeast Asia and Asia with him. He has done and is doing much. And let us remember Tessie, the mountain behind him, to whom we are grateful for her friendship and care, and that support without which Frankie wouldn’t have been able to give so consistently and so willingly. To her, our gratitude.