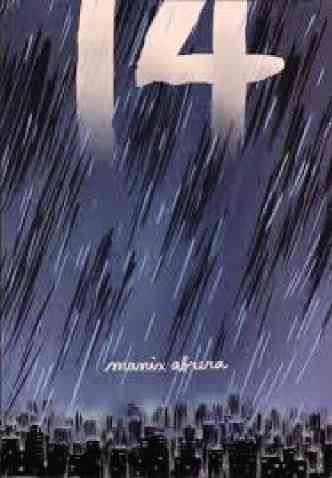 The evolution of Manix Abrera

There is nobody else doing what Manix Abrera is doing—figuratively and literally.

Best known for the extremely popular “Kikomachine” comic strip that runs in the Inquirer’s comic page, Abrera has attracted a fanatical following with his quirky and yet accessible observational humor. That same following manifests itself at the incredibly long lines for Abrera’s signings and convention appearances.

Earlier this year saw the release of the tenth “Kikomachine” compilation, “Kikomachine Komix Blg. 10: Sanduguan ng Sangkalwakan!” He is one of the best-selling Filipino comic creators today, as well as one of the most prolific, having drawn over 3,000 strips.

Abrera began drawing the “Kikomachine” comic strip in 2000 and, since then, his strips have become distinctively word-heavy, with the text barely fitting in the available word balloons. It’s worth the squinting, as Abrera is immensely efficient with sudden philosophical insight—or the exact opposite.

But the purest expression of Abrera’s artistic approach is his silent or wordless comics. In 2009, Abrera released “12,” a completely silent graphic novel that featured 12 connected stories, hence the title.

Funny, sad, really weird and utterly unique, “12” seemed like a visit into the farthest, most original part of Abrera’s considerably otherworldly brain.

The release of the latest iteration of Abrera’s silent comics has been met with fitting excitement. “14” (Visprint Inc., Pasay City, 2014, 198 pages) is, of course, titled as such because there are 14 stories that tie together in one grand narrative.

Yes, there are 14, though you have to think about how the stories are actually separated to see there are 14. It’s all part of the distinctive Abrera silent comics experience.

From the very beginning, “14” hints at its ambition. The cover is actually either the actual beginning or the actual end of the big story being told within. “14” features the familiar people who inhabit his universe, just humanoid shapes with facial expressions and just the hints of a hairstyle. But here, they don’t talk.

They also aren’t alone. “14” begins with an everyman escaping the rain into a building where he presses the elevator button for the 14th floor (hint, hint). But as he is going up, creatures from lower Philippine mythology enter the elevator car one at a time: duwende, manananggal, a kapre and a tiyanak, among others.

Then, they all exit on the 13th floor, which the man discovers is a kind of underworld where a multitude of other supernatural creatures have gathered.

Then, one by one, the creatures from the elevator tell their story. The stories are all essentially self-contained but are connected by the overall plot. The readers become the spooky audience as they listen to the tales.

There’s something viciously metafictional about “14.” The book is telling a story about creatures telling stories, or just one, depending on your perspective. To try and describe the rest of “14” seems like an exercise in madness, but here goes.

This is a very, very dark book, especially for Abrera, who is clearly firing on all creative cylinders. The stories themselves are diverting if unsettling, with the themes ranging from alienation and heartbreak to fear and wonder as experienced by the various creatures.

The best story is the manananggal’s recollection of her childhood and the loneliness of growing up. The most bizarre is the tiyanak’s upside-down, inside-out story of existential dread.

It’s all relative, of course; reading “14” is very much like trying to read great rock ‘n’ roll (or in Abrera parlance: “Rak En Roll!”).

Printed on full-color glossy paper, “14” is an expansion on the silent experiment of “12,” and it is bigger in every way, not just in page count. It pushes the very boundaries of Abrera’s storytelling, and it’s stunning how tonally far it is from “Kikomachine” while still being thematically true to it.

Amazing evidence of Abrera’s continued evolution as an artist, “14” is the best proof that Abrera is one of the best talents right now in this new Golden Age of Filipino Comics, and perhaps in history.

There is nothing else like “14” out there; it’s truly audacious and, again in the unmistakable vocabulary of Manix Abrera, truly asteeg.