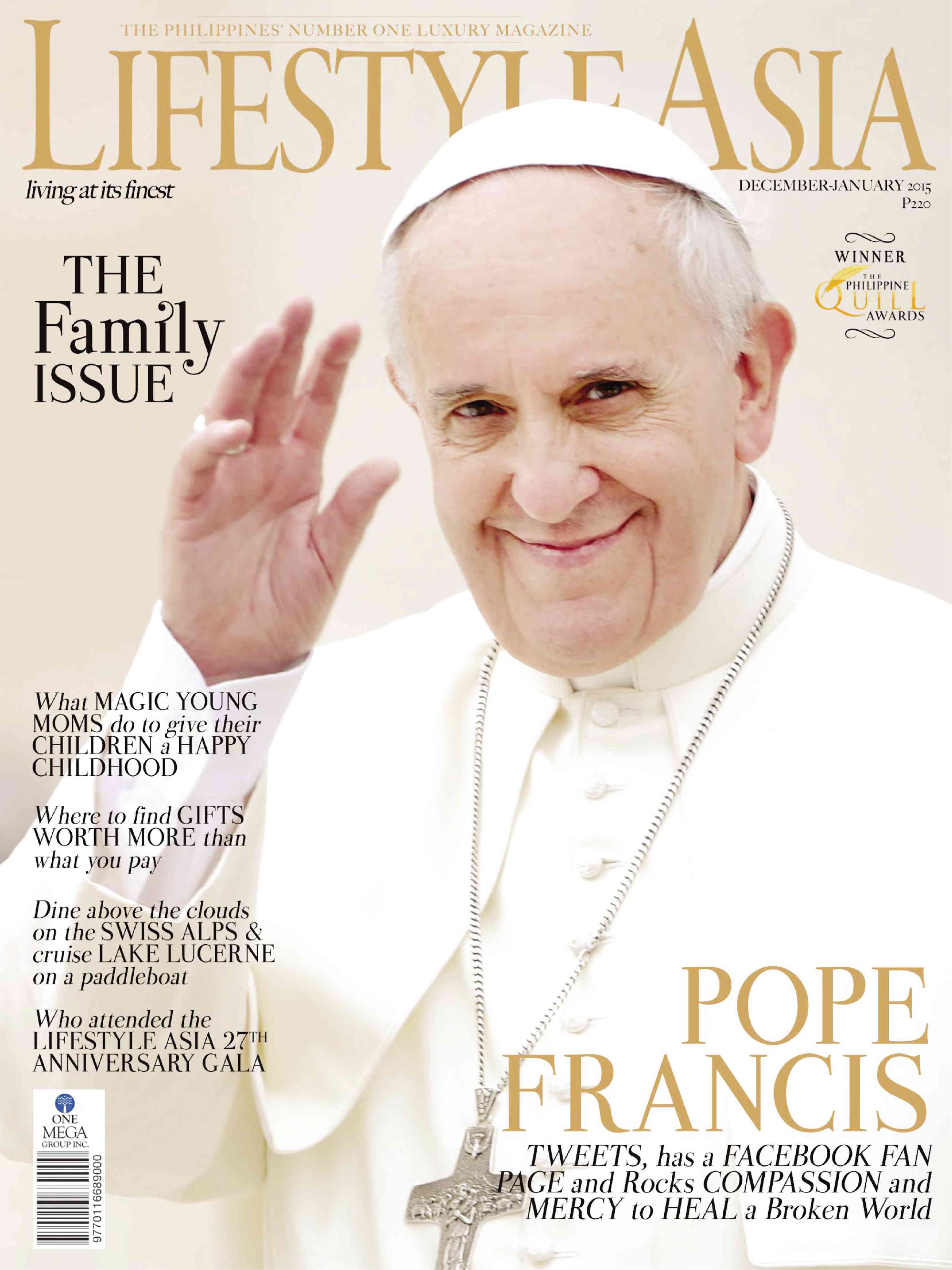 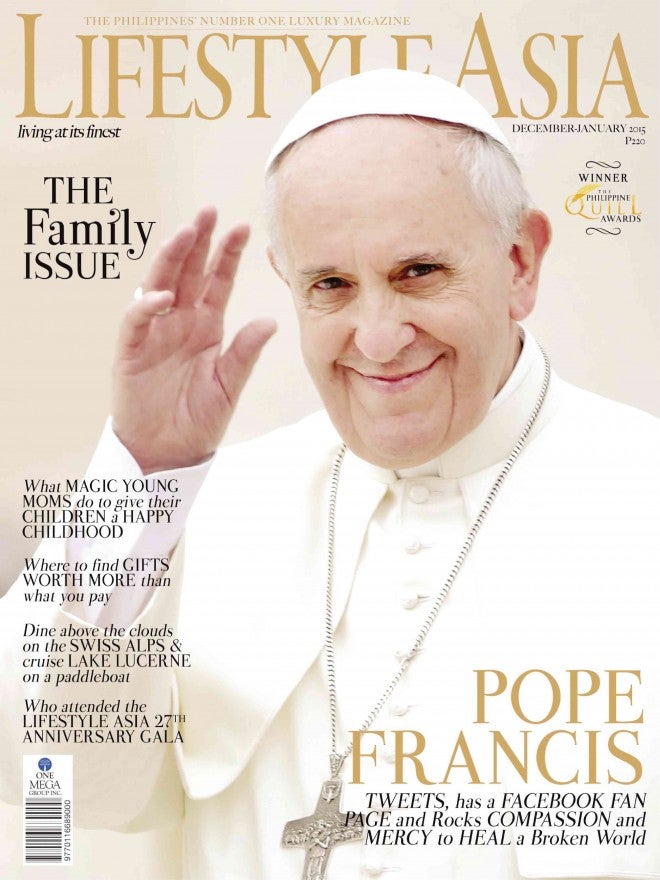 Lifestyle Asia marks Pope Francis’ visit next month by putting him on the cover of its December-January 2015 issue.

The former Archbishop Jorge Mario Bergoglio of Argentina has spoken candidly on family, marriage, the environment, politics, consumerism, science and several current issues. “While not everyone is in agreement with what he says, people are listening to him, including non-churchgoers,” says Lifestyle Asia editor in chief Anna Sobrepeña.

John Nery, a columnist and editor for the Philippine Daily Inquirer and editor in chief of Inquirer.net, makes a case on the forthrightness of the bishop of Rome in his essay “Pope Frank.” It is inspired writing that gives a better appreciation of what Christ’s Vicar is saying and doing, Sobrepeña says of Nery’s article.

The Pope’s remarks on a wide range of subjects are included in the cover feature.

One of these, the widely hailed apostolic exhortation Evangelii Gaudium, details his views about people who occupy political office.

“I ask God to give us more politicians capable of sincere and effective dialogue aimed at healing the deepest roots—and not simply the appearances—of the evils in our world!” the Pope said.

In an interview published in an Italian Jesuit journal, Pope Francis was quoted about persons attracted to the same gender.

“A person once asked me, in a provocative manner, if I approved of homosexuality. I replied with another question: ‘Tell me: when God looks at a gay person, does he endorse the existence of this person with love, or reject and condemn this person?’ We must always consider the person,” he replied.

Pope Francis knows he has caused some disquiet following his remarks.

“If anyone feels offended by my words, I would respond that I speak them with affection and with the best of intentions, quite apart from any personal interest or political ideology,” he says in the Evangelii Gaudium.

“My words are not those of a foe or an opponent. I am interested only in helping those who are in thrall to an individualistic, indifferent and self-centered mentality to be freed from those unworthy chains and to attain a way of living and thinking which is more humane, noble and fruitful, and which will bring dignity to their presence on this earth,” he added.

Lifestyle Asia is a prestige publication of the One Mega Group. The December-January 2015 issue is available in leading bookstores and magazine stands.