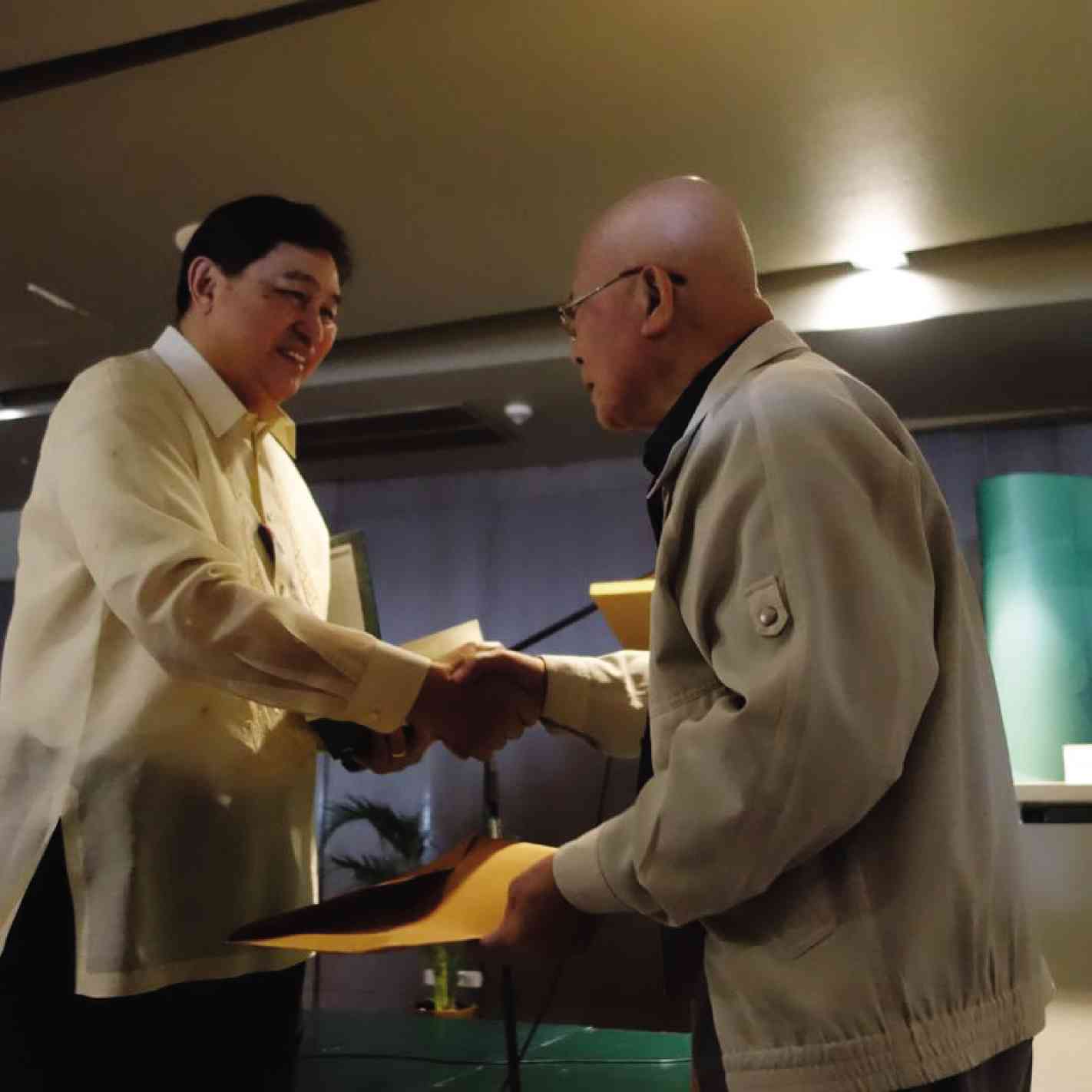 Most of our national heroes were flawed human beings, as Nick Joaquin so startlingly revealed in his “A Question of Heroes” (Filipinas Foundation, 1977). But I submit that Apolinario Mabini—due to his intellect, uprightness and uncompromising stand—was the least flawed.

The theme of the conference was “Writers, Writing, Moral Regeneration and National Renewal.” It was inspired by an exhortation from Mabini’s The True Decalogue: “Never stray from the path of righteousness and justice…”

The keynote speaker, novelist and former Intramuros Admiration chief Anna Maria “Bambi” L. Harper called attention to Mabini’s second commandment (“We should not recognize any person who has not been elected by the people”), and scored government indifference to the arts: “Compare the lobbies in Makati and Ortigas to the lobby of the National Commission for Culture and the Arts.”

The first literary session, chaired by José Victor Peñaranda, tackled “Writing and the Crusade against Corruption.” Panelists were Rene Azurin and Raissa Robles. Peñaranda classified corruption into three: petty, political and grand “at the expense of the people.”

Azurin called on watchdog citizens, an alert media, and professional and religious groups to stand together and check abuse of power: “Writing is political, it is a weapon against society. Writers have the obligation to tell the truth.”

Robles gave due importance to social media, saying the Internet can help the country’s future: “Politicians may have the power but you and I have the power of mockery.”

Del Mundo was of the opinion that “pop media is trash and there’s money in trash. Getting media to change is asking for the impossible. We have to turn to alternative media if we want to change. The task is not easy but not impossible to make the Pinoy see.”

Marasigan recalled his collaboration with choreographer Agnes Locsin in “La Revolucion Filipina,” a ballet about Mabini. “We must turn to Mabini,” he said. “What was important for Mabini was a change from within, not an external one. We must not forget that unless we change, we will remain ignorant.”

Quintos had similar views, and this after working with young people in theater: “National renewal, regeneration can only be possible if we turn to Mabini, a change in heart rather than a full-scale revolution.”

Lazaga said significant events in his region included festivals and chants, with writers writing in English, Filipino and Ilocano, and attempting to write in their native languages. Castro recalled that the 1991 eruption of Pinatubo had destroyed archives in Pampanga, and that the Pampango language was “vanishing.” But now language and culture were undergoing a rebirth in the province.

Fr. Tria of the Ateneo de Naga University said there are as many writers in the (Bicol) countryside as there are in “Imperial Manila (this is just a concept, Manila being the seat of power),” and invoking the Magnificat of the Blessed Mother, in which the lowly would be upheld, said “I strongly believe that regional literature would lead to a new revolution.”

Angelo from Iloilo indicated that the Hiligaynon language, which is malambing (mellifluous) even when someone is trying to kill you, plays an important role in the culture of Western Visayas. And Macarambon, from Cagayan de Oro City, said that the diverse etholinguistic groups in her region was important for nation-building and “can lead to an emergent nationality.”

The fourth literary session had for its theme “History, heritage and moral regeneration,” and was chaired by Ricardo Soler. Panelists were Gemma Cruz Araneta, Saul Hofileña, Jr., Alejandrino Vicente and Bernardita Churchill.

Cruz-Araneta noted that in his Observacionses, Mabini called upon the people “to protect our land as we have shed so much blood for her.” Hofileña, on the other hand, said that the moral aspects of collaboration during World War II remain unresolved, and “we should have determined who is guilty.”

Vicente, a diplomat who spent many years abroad (he was ambassador to Libya when Khadafi fell), cited the population problem, large families with unmet needs, teenage pregnancies and the plight of abused OFWs: “We must meet these issues head-on. What will happen to nation-building if we should lose our own soul and dignity as a nation?”

Churchill said the study of history is important because historical knowledge leads to efficient citizens.

The distinguished magistrate Adolfo Azcuna, a commissioner of the International Commission of Jurists, delivered the traditional José Rizal Lecture. Speaking of the making of the 1987 Philippine Constitution, including sidelights on behind-the-scene maneuverings, Azcuna said Rizal emphasized education. And this provision can be found in Article 15, Section 5 of the Constitution.

In answer to a question, Bolasco declared: “With all these new trends, technologies, translations and languages, the future of Philippine literature will be vibrant.”

And so past met present (and the future) in the 57th Philippine PEN National Conference.

The 2014 Philippine Pen Conference had the support of the National Commission for Culture and the Arts.