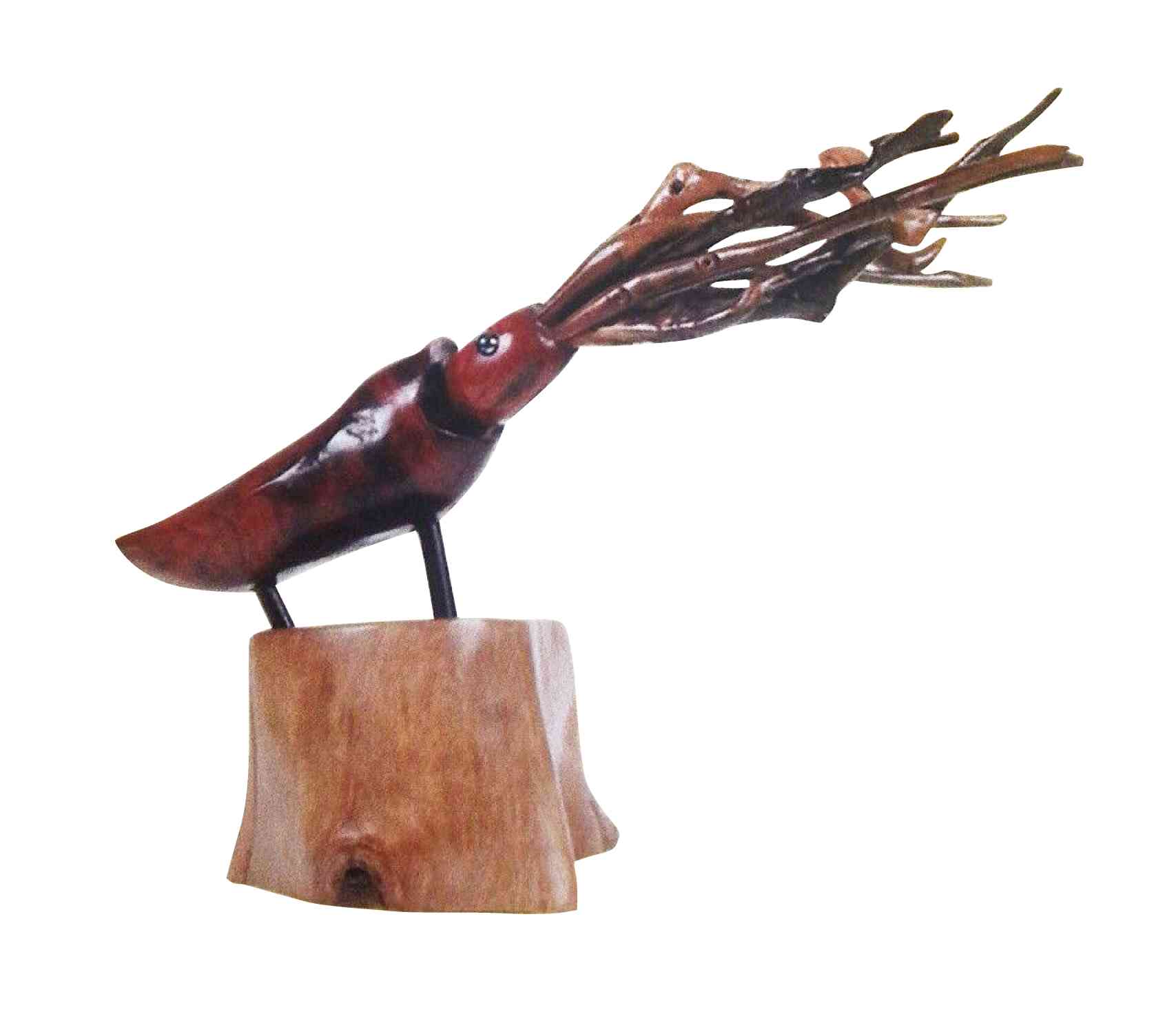 After devastating flash floods swept northern Quezon province 10 years ago, the coastal village of Banglos in General Nakar town has become the source of exceptionally handcrafted wood sculptures, made mostly by fishermen-survivors.

“We’re proud of our local sculptors. A Banglos art piece is now synonymous with General Nakar and how we have risen from the tragic past,” said Jing Astejada, the municipal environment and natural resources officer.

On Nov. 29, 2004, the Agos River rose as high as 20 feet following heavy rain brought on by Tropical Storm “Winnie.” Rampaging waters swept down logs and wood debris from the Sierra Madre, slamming into houses and killing more than a thousand people in General Nakar, Infanta and Real.

When the rage subsided, driftwood of different sizes and forms littered everywhere.

A month after the floods, personnel from Smart Communications Inc. arrived at General Nakar to help build houses for the people of Banglos. The company also tapped the services of known sculptor Rey Paz Contreras to teach them the art of sculpting forest wood as an alternative source of income.

What Eladio Labsan, 46, remembers is no longer the disaster that forced the villagers to flee to higher ground in the nearby village of Anoling.

“I won’t forget the day I learned how to transform wood into beautiful decorative items,” he said on Tuesday in a phone interview from the municipal hall where he now works.

At first, Labsan said he was ambivalent about the training. The poor fishermen of Banglos were making charcoal from wood to earn extra income but not to create art from the material.

“After two weeks of training, I was surprised when we were able to turn the pieces of wood into beautiful art objects and made money out of them,” he said.

The fishermen chiseled replicas of what they saw around them—birds, marine species, forest animals, boats and indigenous people from the Sierra Madre.

It was “therapeutic,” Labsan said. “Instead of feeling desolate, we were cited by the challenge of producing more items to make more money and help our families.”

His first work, an image of a big squid made from the malabayabas wood, was bought for P7,500 in an exhibit of Banglos products in Infanta town.

Inspired by the sale and prodded by his wife and son, Labsan gathered more wood materials, including bamboo for his stock, purchased his tools and produced wood decorations during weekends. Two of his early works were bought for P25,000 and P12,000.

Most of the Banglos works are regularly brought to Manila for display to potential buyers.

The village sculptors have also been sharing their skills, especially to calamity survivors, in other parts of the country, while the municipality helps promote their products in trade fairs and exhibits.

They formed the Banglos Sculptors, which has since been renamed Banglos Community Artists. They described their common passion as that of a “community art born out of a tragedy,” in a Facebook page “Banglos.”

The group gave a new meaning to the name of their village, saying Banglos also stood for “bangon at kilos (rise and act).”