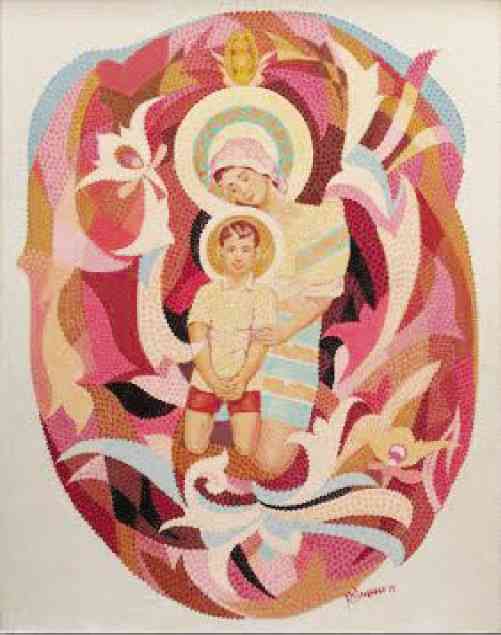 The Ilocos Norte government through Gov. Imee Marcos in cooperation with Dr. Joven Cuanang of the Pintó Art Museum will present a rare exhibition of works by the late Filipino Modernist painter Ricarte Puruganan (1912-1998) at Paseo de Paoay in Paoay, Ilocos Norte. The show “Ricarte Puruganan: The Filipino as Modernist” opens on Dec. 27, 3 p.m.

Puruganan is one of the Thirteen Moderns, a group of trailblazing Filipino artists who broke away from academic and conservative styles of painting in the 1930s. A graduate of the University of the Philippines, he nevertheless helped found the Fine Arts program at University of Santo Tomas with National Artist Carlos Francisco, Severino Fabie and Galo Ocampo.

In the 1950s Puruganan left Manila for Ilocos Norte where he was active in sculpture, architecture and landscaping. He

helped design and build government edifices, parks and plazas in various towns and municipalities of the Ilocos region. He worked for National Museum as part of its authentication board in the late ’70s. His works are also part of National Museum Hall of Filipino Masters collection.

“Ricarte Puruganan: The Filipino as Modernist,” presented for the first time in Paoay, is an exhibit that also brings his works to the Ilocano public as a means to edify his contributions to the cultural lineage of Ilocanos in nation-builiding.