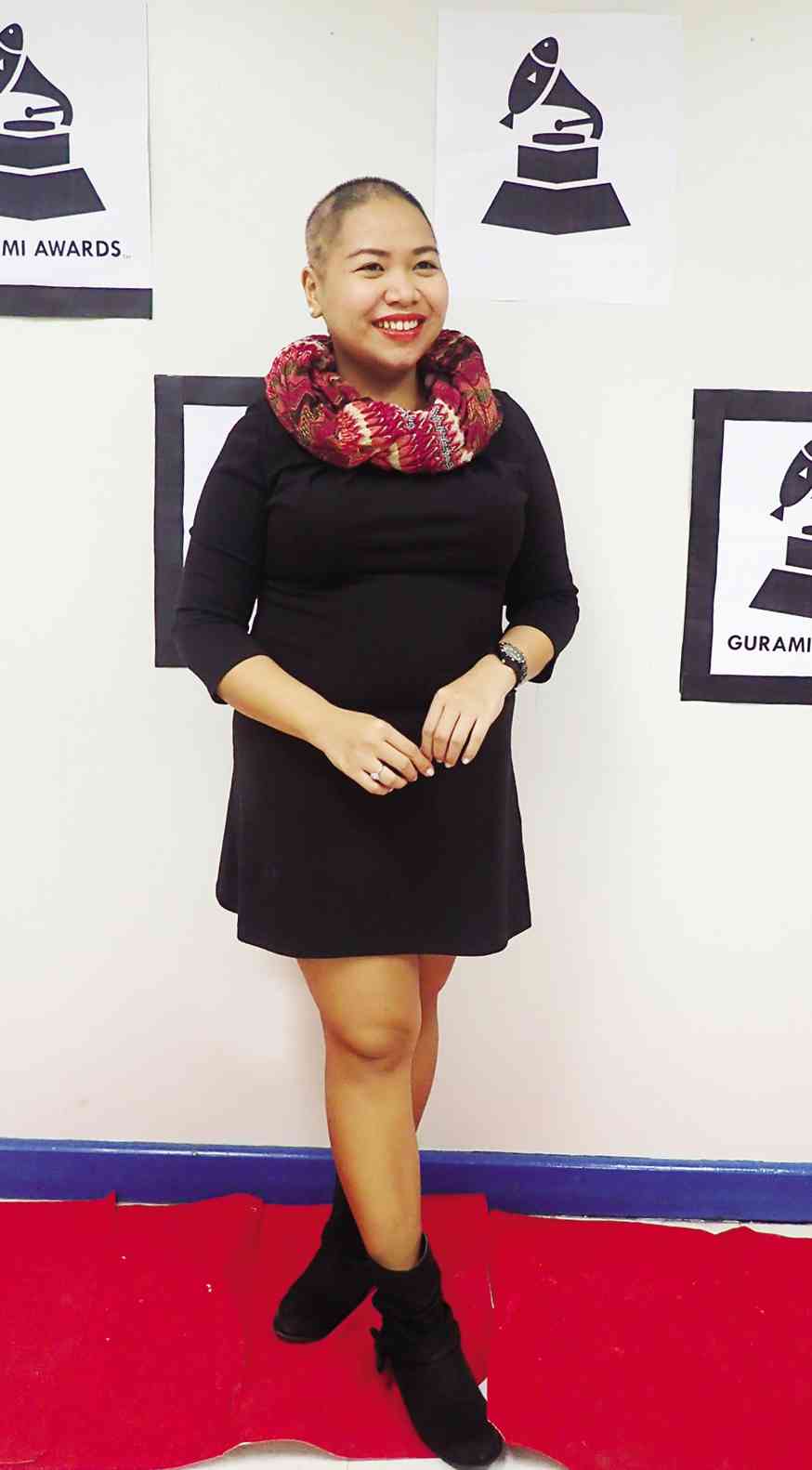 The year started out well. I was living on my own, knocked 30 lb off my weight, and was planning for my YOLO (You only live once) trip next year. A few months later, though, I’d been taken by three men in a holdup incident, lost valuables and lost my hair.

On a late Friday night in August, I boarded a cab in front of my Makati office to go to Bonifacio Global City. The cab took a sharp turn on Malugay Street, and the driver declared, “Holdup ’to, huwag kang sisigaw.”

Two other men got inside; one sat beside the driver and the other sat beside me in the back, putting his arm on my shoulders.

For three tense hours, I was with armed men driving around Metro Manila. They bullied me into keeping my eyes down so that I could not identify them.

They intimidated me as they withdrew money from my ATM account, and forced me to unlock my phone.

I didn’t fight back. I was calm but guarded. I was quiet but I didn’t cry. All I could think of was how to explain later to my family what happened. The thought of having to get home alive kept me composed.

They released me around 3 a.m. somewhere in Fairview, Quezon City. They gave me transportation money and escorted me aboard a bus. I commuted back to Makati. It was my longest bus ride ever. I knew one of them was still keeping an eye on me, seated at the back of the bus.

I got home in one piece. I hadn’t been hit, I hadn’t been touched, and I tried to be as technical about the incident as I could to recover from it. I reported the incident to the police, and one of the suspects got arrested. I gave interviews to news reporters to serve as warning to fellow commuters.

For a while, I lived in fear that it would happen again. Suddenly the streets were darker and strangers seemed so dubious. I’d constantly look over my shoulder to check if I was being followed. I felt the government, the leaders I had voted for and who had won, and the police had a duty to protect me, and they didn’t do their job.

Fortunately, this uneasiness went on for just a few days, and with the help of family and friends, I was back on my feet.

I went back to work, and to working out. I went to counseling. I booked and took a cab alone after barely a month. I managed my fears. I prayed more (I should, with all the rosaries, medallions and religious tokens given by thoughtful friends). I was functional and not so emotional.

I kept in mind what my counselor, John Valeria of Don Bosco Makati, told me: “Fear should not paralyze you. It’s the

same street, but it’s a different day. You’ve survived, and I want you to have your life back.”

I was doing well—no bad dreams, no crazy appetite, no trouble sleeping. Everything was steady—until my hair began falling off.

I used to have long hair, kept straight, lush and sexy by regular salon treatments. At first, I thought the hair fall was caused by treatments, so I shifted to organic shampoo and laid off procedures, but it still shed so much that I’d clog the drain twice in one shower.

So, I had it chopped into a bob by Abel of Menagé Salon, who specializes in short hair. I informed him of my condition, and he pointed out that I had a bald spot the size of a P10 coin. That prompted me to see a doctor, who gave the diagnosis: alopecia arreata and telogen effluvium.

These are two types of hair fall—one in the form of bald spots, and the other, diffused shedding—and both were happening to me at the same time.

My hair shed in weeks, and it turned out to be a bigger tragedy for me than the holdup incident. I went through a clinical workup, and all the results were normal.

Did it have something to do with the incident? Maybe. The doctor said the main cause was “stress.” If it was trauma stress, I wouldn’t even get out of the house. But hey, I’ve been traveling!

The hair fall is the stress. Worse, I was barred from training for the half-marathon I’ve signed up for later this year, because it’s a “source of stress.”

Barely balancing my budget from what I lost in the holdup, I now had to add medication to my expenses. I covered my head in hats and scarves. It felt fashionable for a while, but later it became tedious. I could have worn wigs, but they felt like fake boobs.

I’m reacting slowly to meds, and I’ve been shedding everywhere. The hair I’d been trying to save was on the floor, on my bed, on my food; I didn’t even have to move; it just fell.

Losing my hair felt like suffering a disability. It made me lose my sense of beauty. It brought back insecurities I’d already sorted out in puberty, and it made me feel so ditzy, being so miserable about losing just my hair.

The frustrating part was, I took a stress test, as recommended by my cardiologist, and according to the results, I’m not stressed.

I remember Gabby, our fluffy 11-year-old chow-chow, who had a history of hot spots that caused lesions. When he was younger, he had to be shaven clean to let the wounds heal. A bald chow looks weird, and when he saw himself in the mirror, he barely ate and chose to stay in the bathroom for days. He’s a dog, and he was horrified—and I’m a girl with thousand-peso hair.

Balding felt like a punishment. After I was mugged, I worked it out, and I was better. When I lost my hair, though, I did everything, and I still looked like Scrooge. And by everything, I mean attending a meditation class and going to two mangtatawas to check for kulam. You’ve got nothing to lose, people said. Yeah, but I was still losing my hair.

There was one thing I had yet to try that the doctor had been prescribing: rest. I took a two-week leave, the longest I’ve had in 12 years of working.

I had to. I had gotten so consumed by the hair loss that I was getting distracted and difficult. Maybe I was tired, and it was my body’s way of getting me to stop and forcing me to chill.

I had exciting plans for my staycation: go back to running, wrap Christmas presents, cook, catch up on TV series, take Mom and “Ate” out to the salon, take my niece to the theater.

But I was a lethargic blob, zapped of energy, who just wanted to sleep and watch zombies. That was one thing I’ve accomplished: I watched all the seasons of “The Walking Dead,” not really a feel-good show.

I found myself back in my counselor’s office on my recent birthday. While waiting for him, I checked birthday greetings that friends posted on Facebook, and I told my friend Rainne that my spirit was so crushed that I was losing the ability to be happy for myself and for other people. I broke down.

When the counselor arrived, I took my scarf off, and he thought I was undergoing chemo. We talked, and it helped; he suggested going on a retreat.

I wanted to do a Bridget Jones and spend my birthday alone, but the universe had other plans, and I went along with them. I celebrated it with my Zumba buddies, heard Mass and watched the gala night of “Chicago.”

I also decided to go full-on bald and shave the rest of my wispy hair off, because, as I read in an alopecia online support group, “It’s not the shedding that makes you sad, it’s seeing the hair that you shed that makes you sad.” I’m also tired of picking hair off my pillows every morning and sweeping it off the floor.

I went to the salon the next day for a buzz cut, and asked my friend Andy to accompany me, fearing I’d have a meltdown. I didn’t. It felt light, and letting go of the hair I’d been desperately holding on to made me let go of the drama that went with it.

I was scared of going bald and looking bad. Would it affect my career? Is it a deal-breaker? Turned out that being bald wasn’t that bad. We had chicken wings and margaritas afterward.

It’s been a week, and I’m getting the hang of the airy feeling around my head. The holdup incident toughened me up, and my hair is starting to grow back. I have yet to know if it will grow long, like it was before, but for now I’m thankful.

People have been helpful and understanding since the robbery. I still have my health, my job, friends who have been patient, colleagues who care, and family members who have my back. Sometimes you just have to survive on clichés, and push for the positive.

My super short ’do turned out to be quite chic, and gave me a bad-ass vibe. I’ve lost my hair, but I got my spirit back—just in time for Christmas.