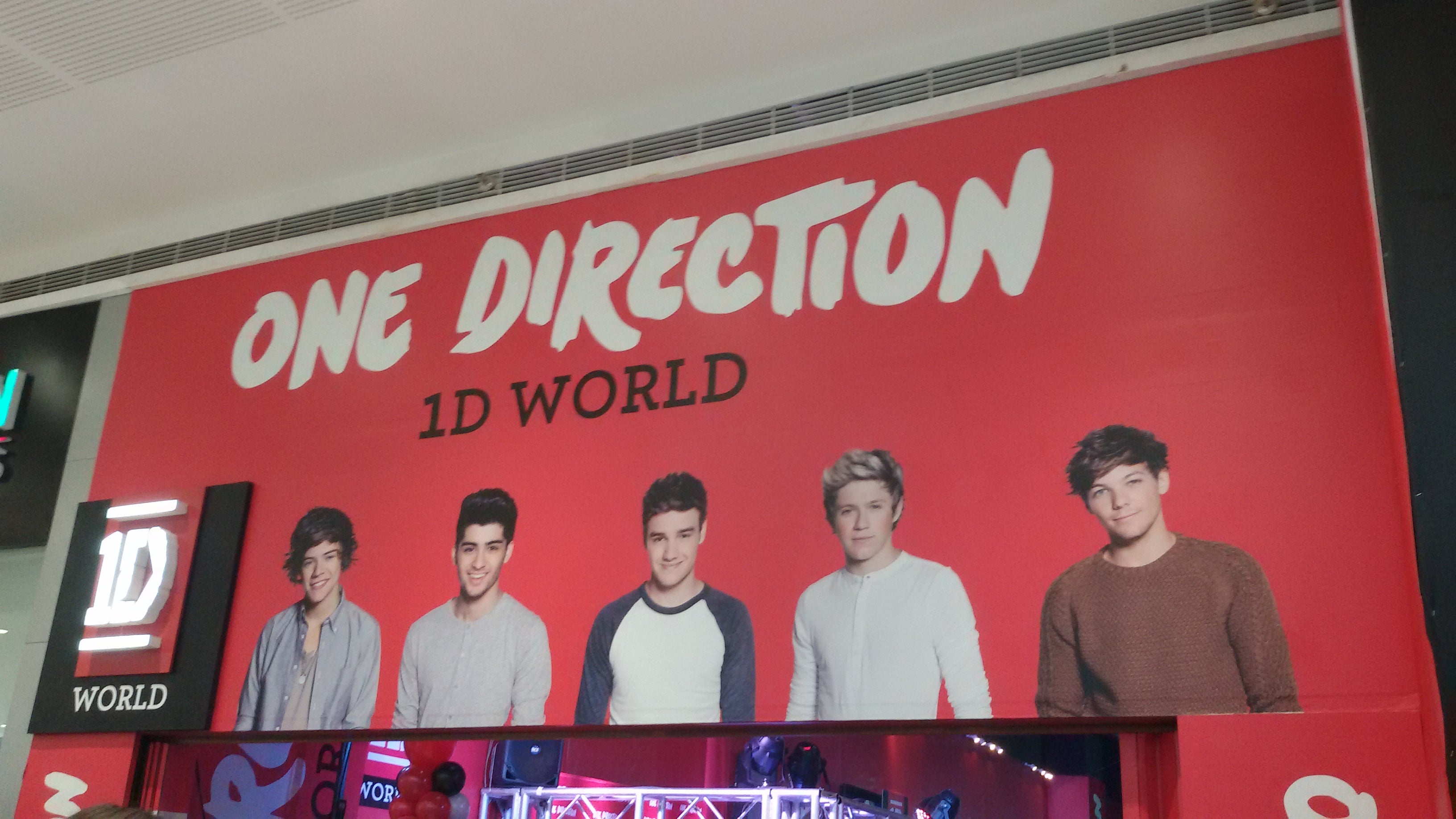 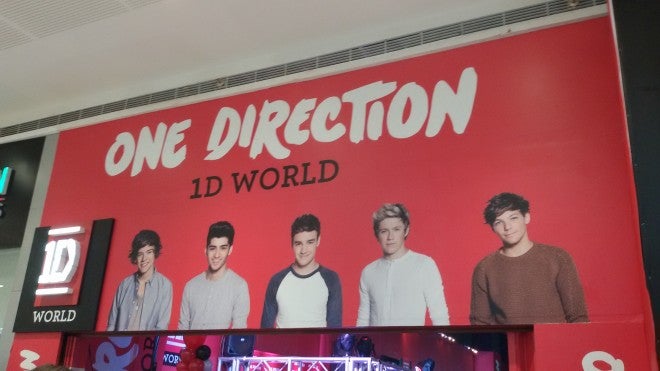 The store is located at the fifth floor of SM Megamall’s Mega Fashion Hall and it will open daily from 11 a.m. onwards.

And to give every Filipino directioner an idea of what they can look forward to when visiting the newly-opened pop-up store—which by the way is the second 1D World to open in Asia following the first which opened in Japan—here’s a round-up of seven things which every Zayn Malik, Niall Horan, Harry Styles, Liam Payne, and Louis Tomlinson fan will surely enjoy inside 1D World: 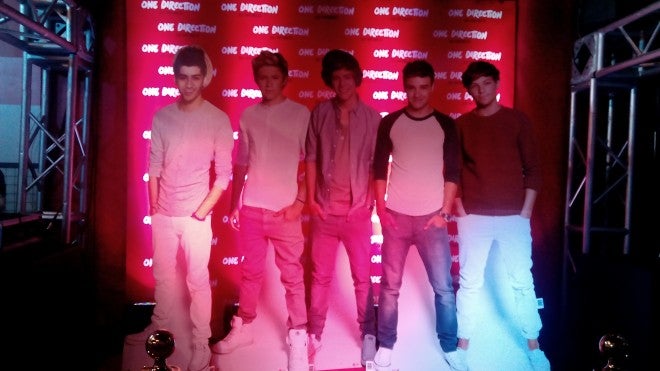 Directioners might just lose their breath the instant they step inside the store because these Zayn, Niall, Harry, Liam, and Louis standees are the first things that will welcome them in 1D World. 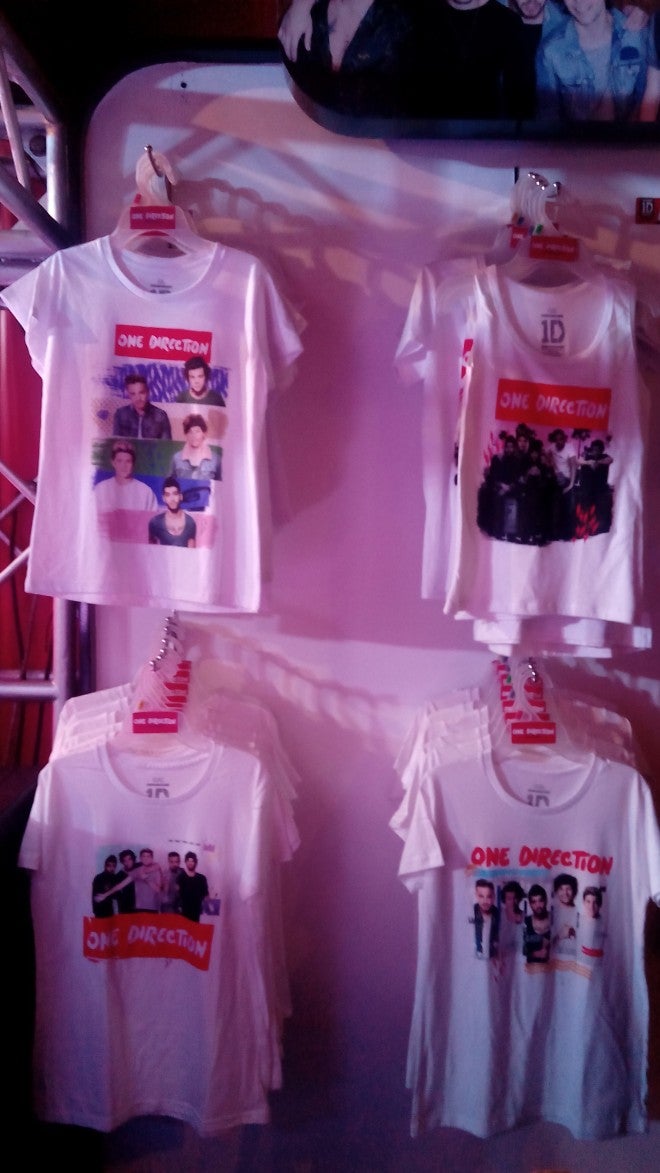 The standees in particular premiered in the Philippines, meaning we are the first country to have these items sold in 1D World. 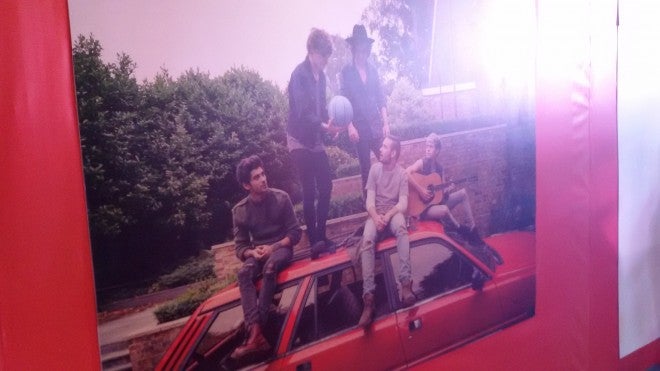 3: 1D posters all over the walls

Inside 1D World, there’s no time and place for directioners to rest because whichever part they lay eyes on, they will always see their boys as posters are literally all over the place. 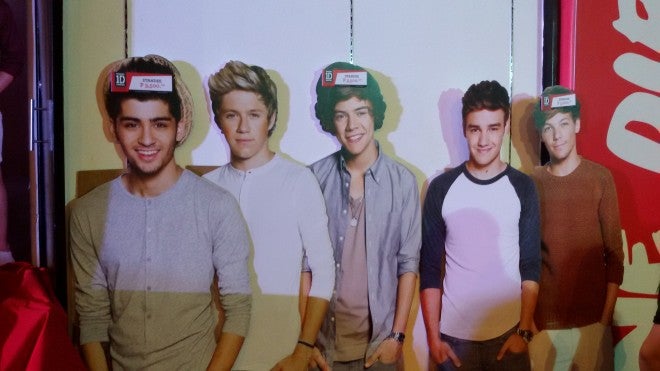 And while directioners look for items to buy, they might just lose their breath a second time because inside the stalls are these 1D standees looking, some smiling, straight across them.

This different set of standees is displayed just so directioners will have an idea what treat they are in for when they buy one—or all. 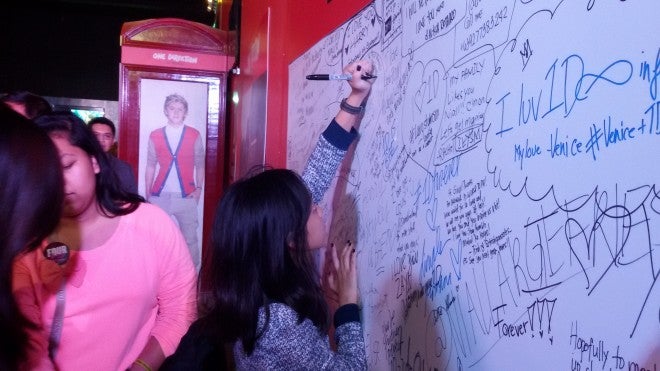 While for fans who prefer sharing their ‘1D feels’ with the rest of the world, they have the message wall to doodle on.

And do you see Niall by the telephone booth? Nice glimpse of Great Britain, no? 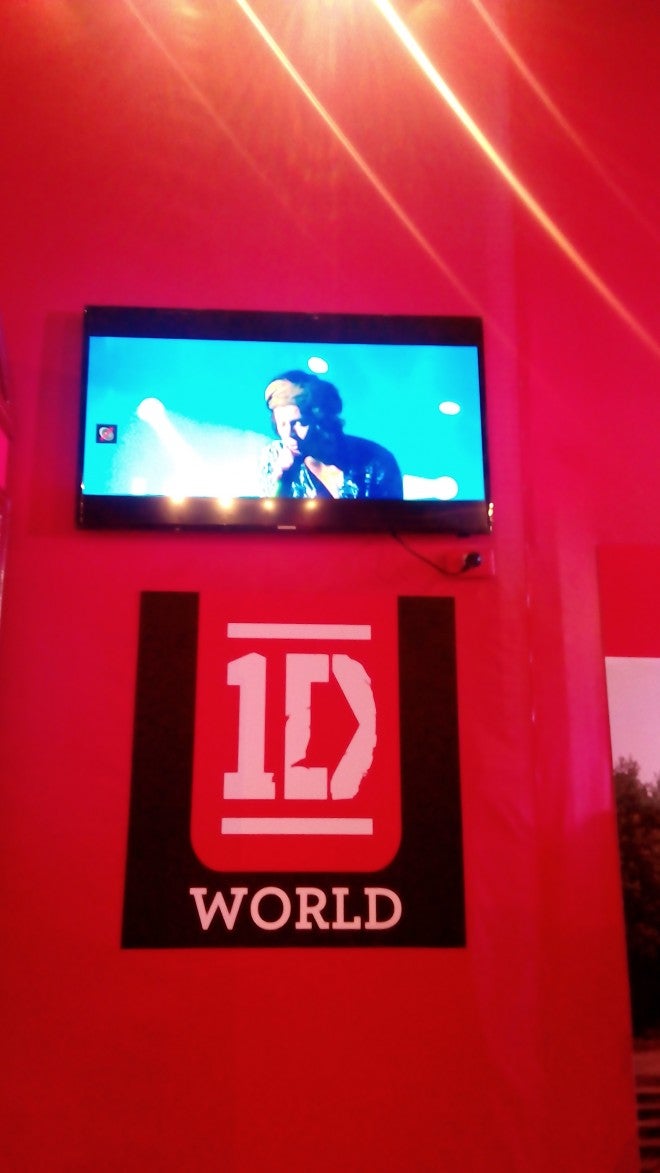 And while the kids and not-so-kids-anymore continue to shop and explore more of 1D world, they have the option to either sing along with the 1D songs played or watch the 1D concerts on loop in each screen attached on walls. They can also do both if they can’t help it.

Meanwhile, inside the holding area of 1D World (where fans line up and wait for their turn to enter the store), a green screen and a karaoke machine are available for everyone to enjoy. Fans who pose for a picture by the green screen will later on find themselves standing next to their boys in a manipulated photo. 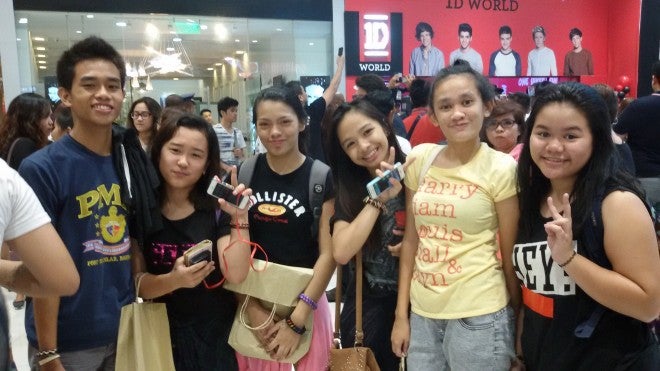 And of course everyone who will visit 1D World will get to meet new fellow directioners like these kids Genesis, Makiko, Victoria, Faith, Alyssa, and Dana who are all looking forward to 1D’s concert in Manila on Mar. 21 and 22, 2015.

They might also bump into celebrity moms who accompany their directioner kids to the store. 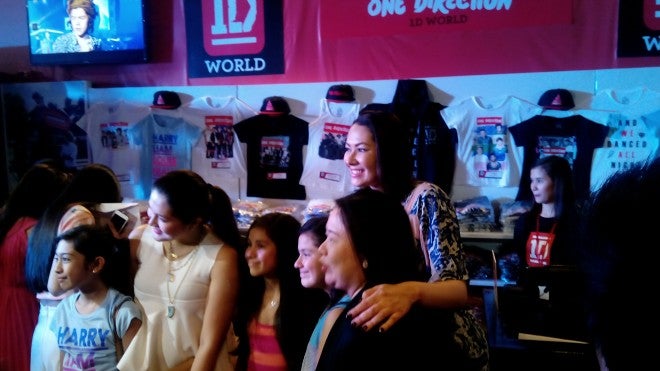 Directioners will have to note though that the 1D World pop-up store will be open only on a limited time. According to MMI Live’s president Rhiza Pascua, there’s no certain duration yet as to how long 1D World will be operating in SM Megamall, but definitely it will be there until March 2015.

Pascua shares that despite its limited stay in the mall, 1D World is certainly one to bookmark for directioners as more 1D items will be offered by the store sometime next year.

Meanwhile, Ovation Productions president Renen de Guia said this entire production for 1D is reminding him of a show he did 35 years ago. The concert he was pertaining to was Leif Garrett’s, a 1970s artist who, according to de Guia, “was like the Justin Bieber of his time.”

Asked how big in scale their preparations are for 1D’s upcoming two-night concert in Manila, de Guia said “It’s the biggest actually, because of the sheer number of people interested.” “When you do something that is an attraction to young people, that’s a lot of people,” he explained.

But despite the gruelling preparations, de Guia shared that what he finds most rewarding about doing this work is seeing the joy and relief concert goers experience during and after the show. “It’s something that’s fun to do. You’re tired but you feel some kind of elation and fulfilment kasi (because) people were given joy. For a brief moment they forgot their worries,” he said.

One Direction’s ‘On The Road Again Tour 2015’ on March 21 and 22, 2015 at the SM Mall of Asia Arena is organized by MMI Live and Ovation Productions. Tickets to the show are available at SM Tickets.