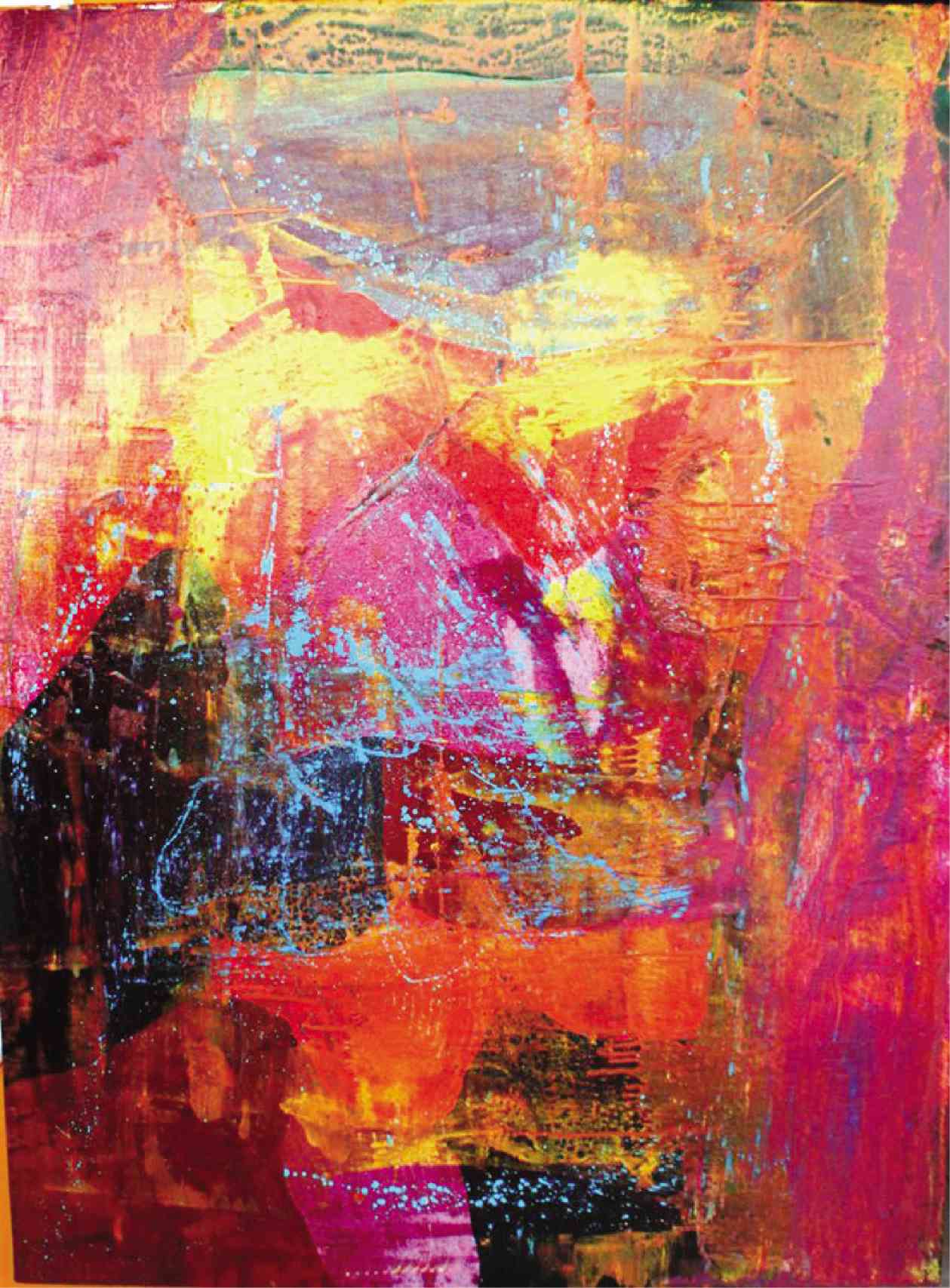 Nobel Prize-winning writer Andre Gide said one could not discover new oceans unless one had the courage to lose sight of the shore.

Courage is perhaps what defines the new works on display at Ricco Renzo Gallery in Makati, by notable abstractionists Allan Cosio and Cid Reyes. It is fitting that the title of the exhibition, “Explorations,” characterizes the exhibit as a process of discovery.

It is clear both artists—while hedging closely to their abstractionist roots—still manage to stray far from their comfort zones. And at the end of that journey, not only do they find new dimensions to their practice, they also discover new aspects of themselves.

For artist-critic Reyes, the subject is an homage to the late artist Pacita Abad, who passed away in 2004. This involved a radical new mindset from his normally meticulous abstractions.

Abad was a lively personality, and the challenge for Reyes was to remain true to his vision while paying tribute to the legacy of his friend. This resulted in a more gestural approach, in the kind of action paintings reminiscent of Jackson Pollock. The resulting vibrancy captures his memories of Abad.

His palette presents an immediate connection to the vivacious artist. Abad was well-known for her brightly colored aesthetic, and this certainly comes out in Reyes’ series.

But it would be a mistake to say that Reyes adapted Abad’s aesthetic. Indeed, Reyes uses color as a means to convey the energy of Abad’s personality and the range of media the she worked on.

One can only speculate on how difficult it was for Reyes to evoke memories of his friend, but the series is a fitting and deeply felt tribute to Abad and her legacy.

Cosio is known for his abstracted patterns that take inspiration from the likes of Bridget Riley. Like Reyes, Cosio’s abstraction is meticulous and nuanced. It is refreshing that his new works reveal a more spontaneous side of the artist.

Awash in tropical colors, his works show large swaths of brushwork interacting with organic shapes and forms. It is a bold statement by the artist on his ability to break free from his norm, simultaneously proving his ability to breathe new life to his practice.

The works in the two-man show gel so well together one is tempted to believe it is a collaborative effort. However, the artists worked on their works individually, with very little communication until before the setup.

One can conclude the match in temperament and approach contribute to a well-executed exhibition, while the challenge of the conceptual direction of the title “Explorations” has pushed both artists to discover new oceans, as it were, in themselves.