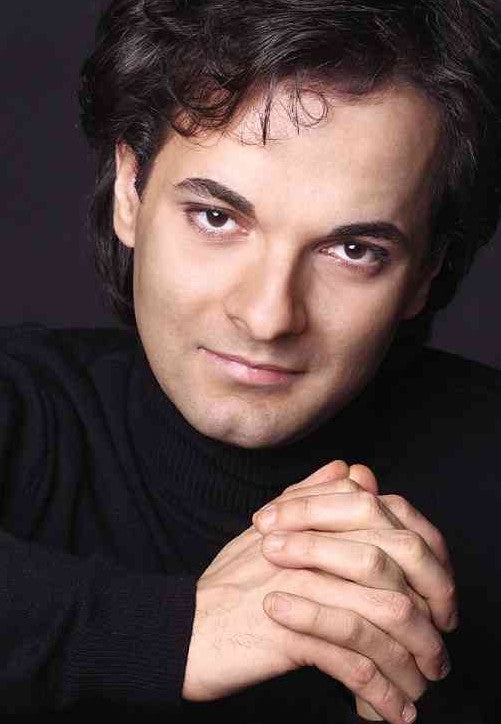 Italian pianist Christian Leotta’s Manila recital at the Cultural Center of the Philippines (CCP) was a rare moment of intimate listening. It was virtuosity of the first order.

Technical prowess and expressive temperament blended into a dynamic unity that brought out awesome pianism.

Leotta’s concert was the first and only performance in Manila, said Italian Ambassador Massimo Roscigno, who, together with Philippine Italian Association president Nedy Tantoco and CCP president Raul Sunico, prefaced the concert with a warm welcome to the audience who came in droves.

Leotta maximized tonal output sans distracting bodily or choreographic movement. It made pianism an aural art to be ravished.

Leotta etched vivid colors in bringing out the different stylistic nuances and polarities of sensitive tonalities.

He provided the framework of his pianism in brief notes he wrote for the program: He said he sought the disclosure of the “ideals” of the composers he was playing.

Leotta infused his playing with much integrity and fidelity to the stylistic nuance of the work. His tone was singing. The tonal balance between the two hands was simply fabulous.

He was uncompromising in both temper and spontaneity. There was no triteness or calculated exactness.

Throughout, he remained connected with the works, which undoubtedly he had deep knowledge of, and played with dynamic fire.

Furthermore, he had shown expressive musicality that was never intuited, but harnessed by an intelligent understanding of the pieces. One appreciated the richness of tone his sensitive fingers carved out.

Bach was intimately buoyant; Schubert, sensitively melodious; Beethoven, dramatically passionate; Rossini, caressingly legate. These were all expressed in appropriate tonal textures that differentiated one stylistic nuance from the other.

His playing was beamed on the screen, showing the positioning of his fingers, as well as his playing, for the appreciation of both connoisseur and layman, who both noted his arresting pianism.

Indeed, Leotta is for keeps. He deserves a return engagement.