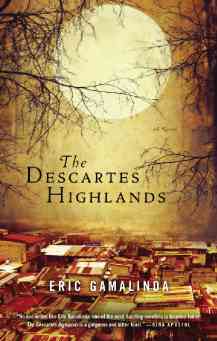 The diversity and quality of new books that appeared on bookstore shelves in 2014 made readers in the Philippines immensely fortunate. Proving to be greatly popular among Filipinos and adopted by the Philippine publishers in a big way, the electronic publishing platform Wattpad flexed its muscles, leading to the wide release of print versions of their best-selling titles, the release of three motion-picture adaptations (“Diary ng Panget,” “She’s Dating the Gangster” and “Talk Back and You’re Dead”) and various television series. Expect more of the same in 2015. What used to be considered niche fare such as comic books, young adult and speculative fiction continues its march toward mainstream domination. Celebrities brought their own wattage to a wave of titles lit up with familiar names. In a year that saw a rising number of foreign authors visiting Manila, National Book Store’s first Philippine Literary Festival wowed fans by bringing in Amy Tan, Chang-Rae Lee and Eric Gamalinda. Filipino authors continued to be prolific and broke new ground all around. Now everybody seems ready to do even greater things in 2015, after a year that literally and literarily provided something for everyone, and proof that, yes, Filipinos do read—a lot. Here are the Inquirer’s selections for best books published in 2014 arranged alphabetically by title: 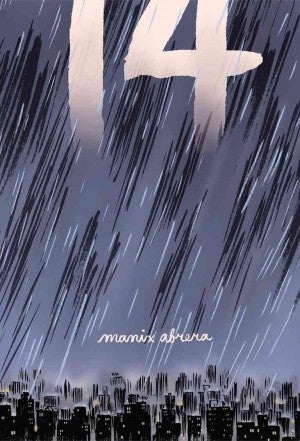 1)   “14” by Manix Abrera (Visprint Inc.) A sequel to “Kikomachine” creator Abrera’s 2009 silent graphic novel “12,” this sad, haunting and utterly original creation confidently brandishes 14 intertwined supernatural tales that celebrate Filipino lower mythology, existential brooding and the art of storytelling, making it a true wordless wonder and a new creative high point for Abrera. It’s a book that nobody else would be able to make.

2)   “The Descartes Highlands” by Eric Gamalinda (Akashic Books) The manuscript that had been short-listed for the 2009 Man Asian Literary Prize made its full, flamboyant transformation to this dizzying, hypnotic novel about two half-Filipino brothers discovering their unknown connection and searching for their long-lost father, an American caught up in the tumultuous events immediately after the declaration of martial law in 1971. The complexity of the three narratives is complemented by Gamalinda’s poetic paragraphs with the book jumping between points and places in time. It’s Gamalinda’s best and most accessible novel yet, deserving to be read by as many people as possible. 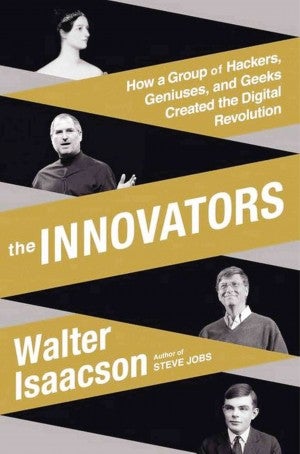 3)   “The Innovators: How a Group of Hackers, Geniuses, and Geeks Created the Digital Revolution” by Walter Isaacson (Simon & Schuster) The author of the acclaimed “Steve Jobs” biography goes boldly beyond that with this dense, detailed exploration of the fascinating persons who basically invented the Internet, proving that world-changing things are often the product of an age’s greatest minds working in unexpected convergence, with this nonfiction revelation featuring everyone from the Countess of Lovelace and codebreaker Alan Turing to Worldwide Web mastermind Tim Berners-Lee and the founders of Google, insightfully explaining the “revolution” part of the digital revolution. 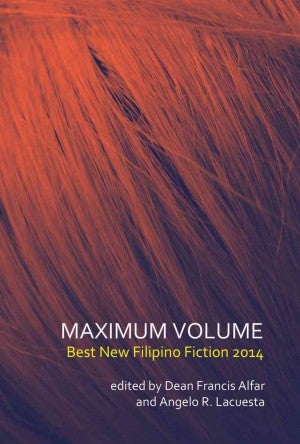 5)   “Moymoy Lulumboy: Ang Batang Aswang” by Segundo Matias Jr. and illustrated by Jomike Tejido (Lampara Books) This whimsical young adult fantasy novel begins when a salesperson at Greenbelt is handed a package that held cash and what appeared to be a baby at a cosplay event. That should tell you a thing or two about the diverting tale being told here by Matias, a veteran hand at telling stories for young readers, especially when the baby-now-boy Moymoy finds out about his shape-shifting powers and the wondrous yet cursed world he came from. A solid effort at further modernizing our own myths, “Moymoy,” benefiting greatly from the otherworldly talents of illustrator Tejido, will take you to unexpected places.

6)   “Poisonostalgia: Poems” by Ramil Digal Gulle (University of the Philippines Press) The 38 playful poems in this great fourth collection from the prize-winning Gulle puts front and center his trademark mix of sexiness and subterfuge, pulling back the curtain on the mundane to reveal the finery and the filth when necessary. The trickster poet’s lines shine bright and dive deep, especially in poems like “graven,” “The Girl on Halcon Street” and “Almost Beautiful.”

7)   “Revival: A Novel” by Stephen King (Scribner) For a big-name author who had two novels out this year (the other being the scary car story “Mr. Mercedes”), King surprises even his faithful readers with this genre-celebrating, slow-burning mashup of horror tropes that explodes into a terrifying conclusion that doesn’t seem to end long after the reading. “Revival” leads to a vivid ending that also shows off risk-taking storytelling by King, something new out of something old. It’s a secret kind of electricity that won’t let you go.

8)   “Rodski Patotski: Ang Dalagang Baby” by Gerry Alanguilan and illustrated by Arnold Arre (Komikero Publishing) Done in a full-color wide-screen 8” x 8” format, this action-packed graphic novel is smart and fun, and comes at you from all angles. Harnessing the unique skills of Alanguilan and Arre, the all-ages “Rodski” zooms in on the adventures of the Philippine government’s secret weapon, a girl genius with unusual gifts and an unexpected problem. What a great new character, and what a great graphic novel. It’s every bit the kind of breathtaking work you’d expect from two of Philippine comicdom’s brightest talents.

9)   “Shine” by Candy Gourlay (Anvil Publishing Inc.) The second young adult novel from the writer of the Crystal Kite Award-winning “Tall Story,” “Shine” is a haunting, elegant story centered on how 13-year-old Rosa, who suffers from a condition that renders her mute and makes the villagers fear her, experiences and attempts to overcome isolation, and discovers her true identity. It begins by asking the reader, what exactly makes a monster. Like many things in “Shine,” it’s not what you think. Full of secrets and spookiness, “Shine” crosses between the island of Mirasol and London, telling a ghost story that really isn’t, unfolding a winning teenage protagonist’s coming-of-age story about breaking both the mysterious and ordinary barriers around us. 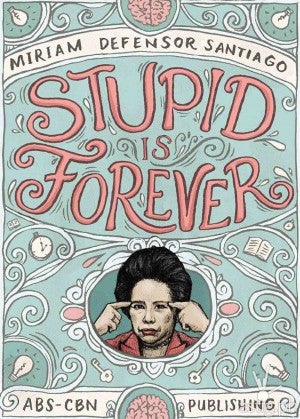 10) “Stupid is Forever” by Miriam Defensor Santiago, illustrated by various artists (ABS-CBN Publishing) The year’s publishing phenomenon is no mere reheating of the distinctively acerbic senator’s favorite sayings and jokes. Along with the now-famous jokes that Santiago selected, “Stupid is Forever” gathers her most memorable answers in past interviews and even some of her speeches, some illustrated by top-shelf cartoonists. This book could easily be considered the Essential Miriam Defensor Santiago, and it sold out as quickly as Santiago could fire those punch lines. It’s a published spectacle of Miriam being Miriam. All these elements transform this tiny but packed book into the year’s must-have title.