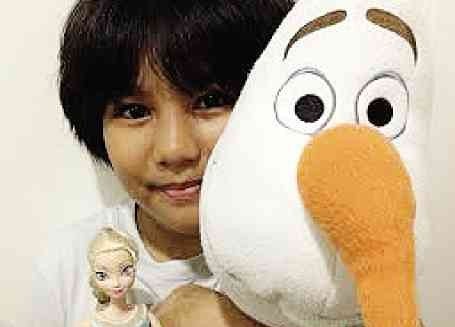 Parenting highs and lows of 2014

Although Frozen hit Philippine cinemas in late 2013, the love for all things Anna, Elsa and Olaf continued to be a worldwide phenomenon in 2014, spawning toys, merchandise, books, a DVD that has become a top-seller and countless covers of its ubiquitous theme song, “Let It Go.”

And although other great kiddie movies were released this year—“The Lego Movie,” “Big Hero 6,” “How To Train Your Dragon 2,” among others—“Frozen” still dominated kids’ wish lists this holiday season. (We applaud the dad who pulled off a hilarious prank by giving his daughter a frozen doll for Christmas— frozen, as in straight from the freezer.)

Director Jennifer Lee told Time magazine that she now finds herself apologizing to parents for their “Frozen” fatigue.

Cheong Choon Ng, the automotive crash-test engineer and father of two who invented the Rainbow Loom, started selling his loom band maker in 2011 but it was this year that those rubber bracelets became a hit worldwide, worn by everyone from Pope Francis to Kate Middleton. In the US, it was given the 2014 Toy of the Year Award by the Toy Industry Association.

Kids and their parents, both here and abroad, got busy looping together rubber bands to make jewelry, finding inspiration online or creating their own patterns. 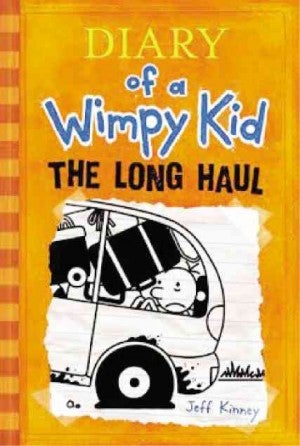 Amidst the craze, environmental, consumer safety and animal welfare groups released statements about the possible dangers of loom bands to children, pets and the environment, warning parents about its potential to cause injury if ingested and the high lead content of counterfeit loom bad charms.

“Diary of a Wimpy Kid: The Long Haul”

The adventures of Greg Heffley and his family continue to captivate kids. “The Long Haul,” the ninth book in the “Diary of a Wimpy Kid” series, was released last month and has become a bestseller worldwide. It’s so popular that we haven’t been able to find copies in stores for our godkids—other Wimpy Kid fans have grabbed them all.

Filipino parents discovered the joys of bento-making and are having fun getting creative with their children’s baon. One of these moms, Katrina Delgado-Maderazo, who uses healthy food to create animal and cartoon character designs, told Inquirer Lifestyle, “(My kids) are always excited to see their baon, and sometimes they want to eat it right away!”

Camping out for One Direction

In May, One Direction fans—and, in some cases, their parents—camped out at the Mall of Asia Arena for a chance to buy tickets for the UK group’s March 2015 show.

We’ll admit it, we still don’t get it. But what we get is that a lot of kids have developed a fixation for Minecraft. The computer game is no longer just that—it has become an obsession that has birthed toys (pixelated ones), books, YouTube videos and devoted fans.

Minecraft is so popular that during the Christmas rush, when we walked into toy stores and asked for anything that had anything to do with Minecraft, we were often met with pitiful stares before being told, “Sold out na po.”

I asked one 11-year-old why he likes it, and he said, “You can do anything with Minecraft.”

The year 2014 was when Filipinos tuned in to “The Voice Kids,” ABS-CBN’s singing competition, and witnessed the triumph of the show’s final four: Lyca Gairanod, Darren Espanto, Juan Karlos Labajo and Darlene Vibares.

Bullying continues to be a serious concern for parents. In September, a 14-year-old boy believed to have been bullied in school killed himself in Tungawan town in Zamboanga Sibugay. In November, a 13-year-old boy in Camarines Sur is said to have died as a result of bullying. Police were investigating if he died because of the punches he endured during a fistfight with a 12-year-old classmate.

It’s every parent’s nightmare: in June, after a brutal fraternity hazing, 18-year-old Guillo Cesar Servando, a student at the College of St. Benilde, died. Three others were injured.

Students responded by marching against hazing in September, while Malacañang created an Anti-Hazing Task Force.

Lifestyle editor Thelma Sioson San Juan, in her column “Why do kids commit suicide?,” wrote, “To a parent like me, stories of youngsters jumping to their death send a chill down my spine. They’re enough to make any parent paranoid, no matter how normal things seem to be at home.”

Last month, jaws dropped when a video of a maid assaulting a toddler in Uganda went viral. In the video, Jolly Tumuhirwe slapped the baby, threw her to the floor, hit her and stepped on her repeatedly. The toddler has recovered from the ordeal. The evil babysitter is currently facing charges of attempted murder.

Little four-year-old Mayhem and her mother Angie had been making dresses out of paper for months when they grabbed the world’s attention by recreating the fabulous gowns that hit the various red carpets this year (her version of Lupita Nyong’o’s red gown with cape is our favorite).

Vogue was so impressed that they asked her (and her mom) to make dresses inspired by the Met Gala looks worn by Sarah Jessica Parker, Rihanna, Jennifer Lopez and others.

Check out Mayhem and her mom’s creations on Instagram: @2sisters_angie.

One dad became Internet famous after he couldn’t stop laughing while trying to scold his kids. While playing, his sons splattered paint everywhere, including themselves.

Watch the video at www.youtube.com/watch?v=uVDNNoEk4PI.

Son gives best Christmas gift to parents: he pays off their mortgage

The video starts with Joseph Riquelme handing his parents an envelope. “For both of you,” he said.

His mom opens it. “What?” she said, and stared laughing and crying before hugging her son. Looking at the contents of the envelope, his dad starts crying too.

Joe, an app developer who experienced success with his video app Videoshop, had written this note: “Your house is paid off. Merry Xmas.”

Watch the video at www.youtube.com/watch?v=kAOm3APJopM. Warning: tears may fall.