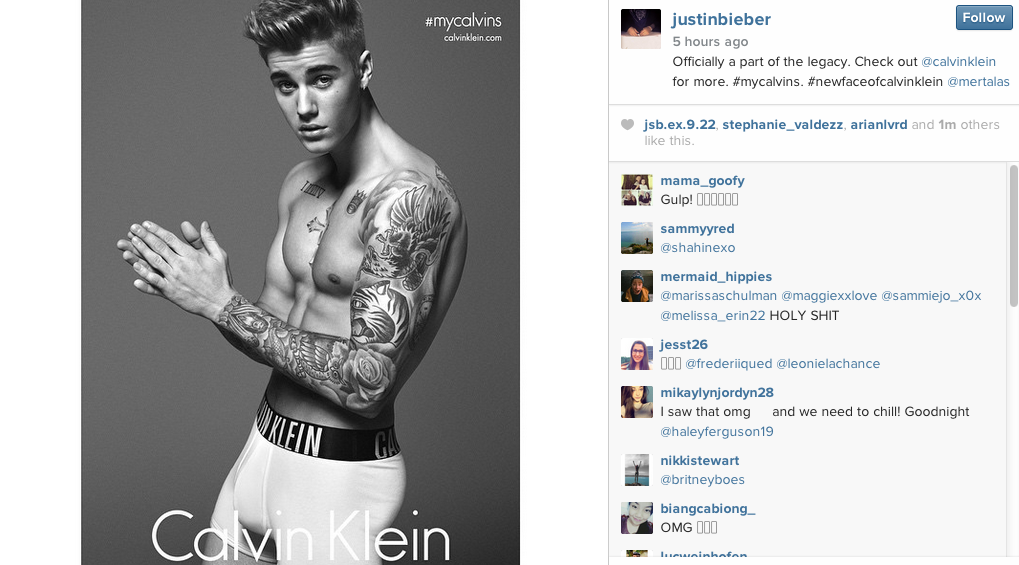 Not a ‘Baby’ anymore: Justin Bieber breaks into underwear modeling

MANILA, Philippines―Singer Justin Bieber proved that his “Baby” years are behind him as he was launched as the latest model of an underwear brand on Wednesday.

The Canadian singer, who entered the global music scene with his boyish look at 15 with his song “One Time,” stripped to his boxer briefs in a five-second teaser with supermodel Lara Stone for Calvin Klein’s “#mycalvins” ad campaign.

In a post on his official Twitter account, Bieber was thankful for being part of the “legacy” of the iconic underwear brand which previously featured Mark Wahlberg, Brooke Shields, and David Beckham as its models.

“Officially a part of the legacy. Check out @CalvinKlein for more. #mycalvins #newfaceofcalvinklein ” Bieber said.

Justin Bieber strips after getting booed at New York event