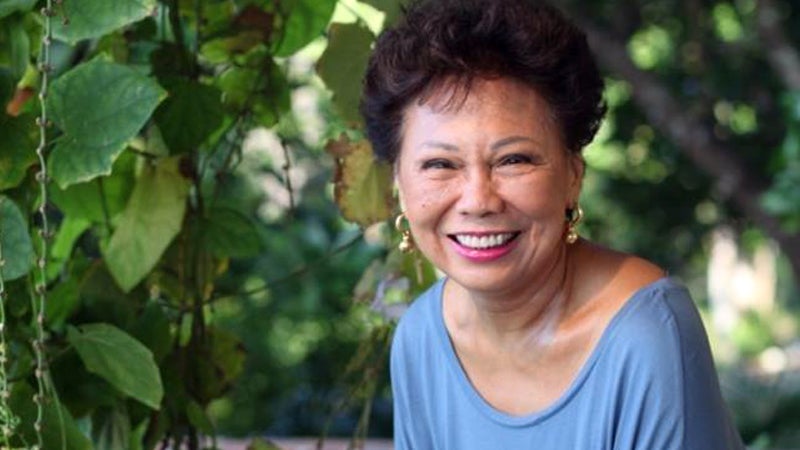 MANILA, Philippines—Susan Calo-Medina, host of the award-winning television show “Travel Time,” died of a heart attack last Thursday. She was 73.

She is survived by her three children, Consuelo, Marcos and Luisa, son-in-law John Crack, and grandchildren Sophia and Samuel. Her husband Johnny Medina, who she married in 1965, passed away last year.

Her remains were cremated on Friday, and the wake is being held at the Santuario de San Antonio in Forbes Park, Makati City.

Born in Agusan, Calo-Medina was the daughter of a congressman. She took up Education at Assumption, and taught Philippine government to students that included former President Gloria Macapagal-Arroyo and director Maria Montelibano. She took her masters in speech and drama at Catholic University in Washington, D.C. Later, she would act in productions of the late National Artist for Theater Rolando Tinio, and produced plays, as well, in the 1970s and 1980s.

As a journalist, Calo-Medina wrote columns in The Observer, Today and Malaya. She also had a stint as marketing director of the Cultural Center of the Philippines and with the National Commission on Culture and the Arts’ Committee on Communication.

Now 27 years old, “Travel Time” was known as the longest-running and award-winning travel show in the Philippines, a pioneer in its genre.

The show’s writer and Calo-Medina’s close friend Floy Quintos wrote on Friday on his Facebook page, “The skies over the country she loved so much, and exhorted other Filipinos to explore, are darker now that she is gone.”