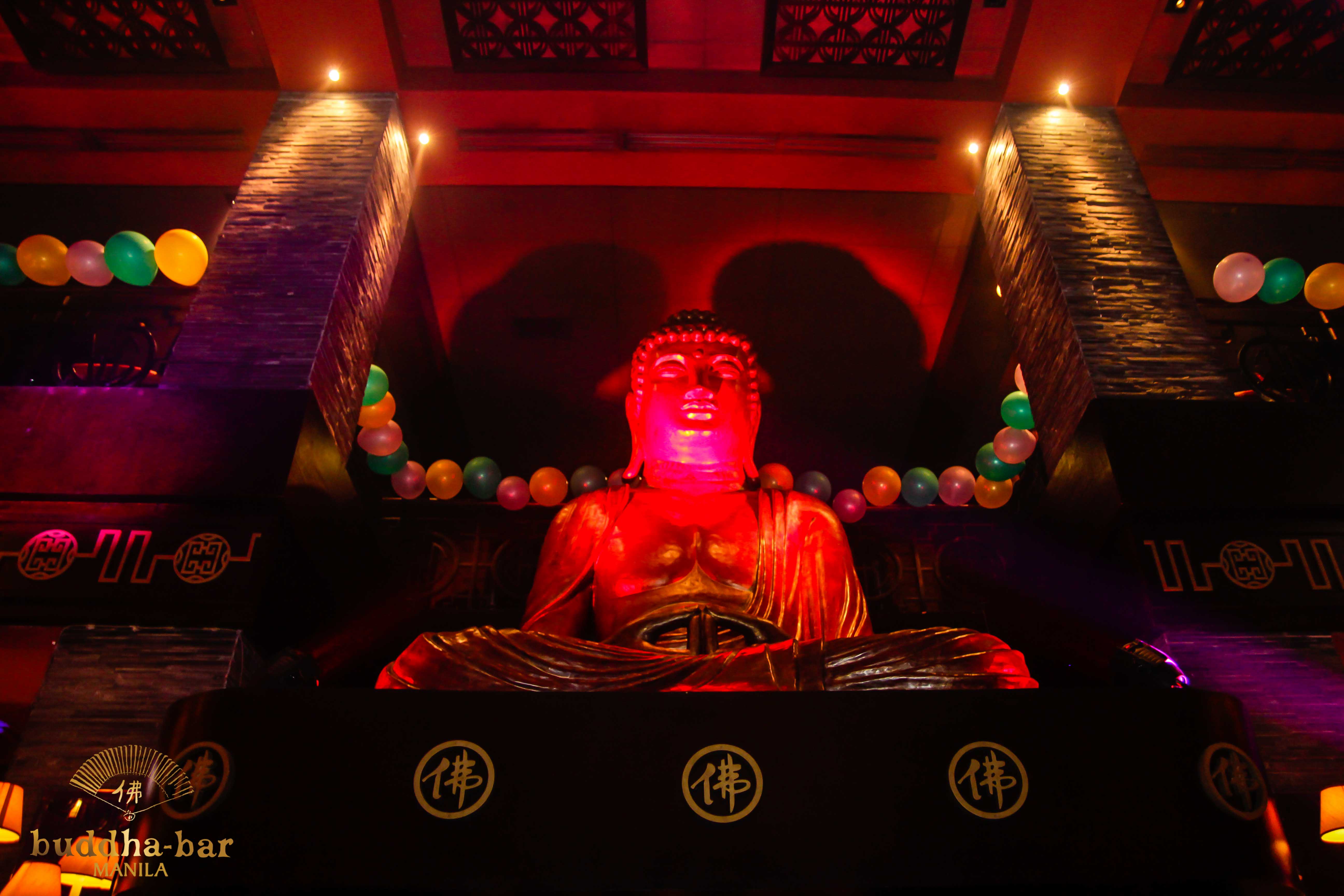 Families had a blast ringing in 2015 with a celebration defined by great food, delicious conversation, iconic music and elegant ambiance.
The metro’s most sophisticated restaurant-bar-and-lounge transformed into a glamorous holiday wonderland courtesy of the indoor light effects, confetti canons and sparklers. The scene recalled a sort of the world-famous Rio de Janeiro in Brazil Mardi Gras meets the confetti-filled New Year’s Countdown in Times Square, New York.

Adding to the holiday delight were games held to entertain guests and raffle prizes given away ranging from signature eyewear to trips abroad.

Families ushered in a brand new year with a countdown highlighted by champagne toasting and Buddha-Bar Manila’s Special New Year’s Eve Dinner Buffet, the centerpiece of which was the main course with Slow Roasted Beef served with Shitake Gravy and Roasted Vegetables, for P1800 net per person from 7 p.m. onwards.

Families made the most of the time to be together in the most wondrous season of all, feasting on a selection of glamorous party food, hors d’oeuvres, and a wide array of Buddha-Bar signature dishes.

The Mardi Gras-inspired party proved to be a brilliant idea to welcome the New Year with pomp and flourish. New Year’s Eve and Mardi Gras are, after all, everything about celebrating

beloved traditions together and keeping them alive.

At Buddha-Bar Manila, New Year’s Eve parties are never the same as they used to be.

With Buddha-Bar Manila having kicked off 2015 in a grand manner, the first month of the brand new year, January is most-anticipated as it marks the third year anniversary of the metro’s top hotspot destination.

Buddha-Bar Manila’s anniversary month celebration will be highlighted by the highly-awaited Grand Raffle Draw of a spanking new Maserati sporty luxury vehicle on January 31, 2015 in line with the Win a Maserati Promo launched last year.

For a single receipt of P3,000 on a la carte or P25,000 on banquet events, diners and guests could get the chance to own the hottest thing on wheels in town, a Maserati Ghibli.