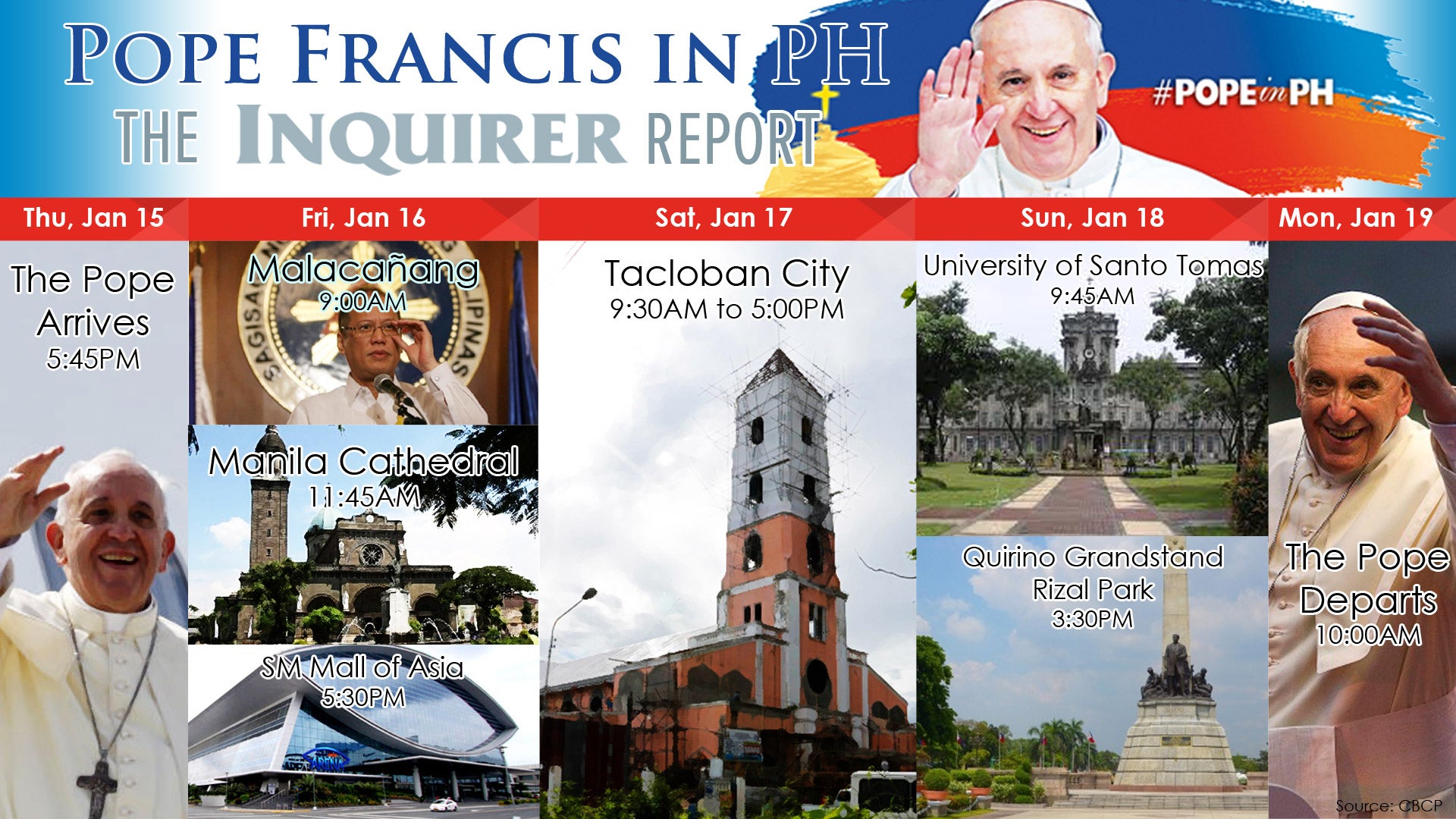 The millions of people who will attend Pope Francis’ concluding Mass at Rizal Park on Jan. 18 will hear, for the first time, a Eucharistic celebration using the Philippines’ seven major languages apart from English.

Missalettes containing the complete text in Filipino, Cebuano and Ilocano, with selected verses in Bicol, Kapampangan, Hiligaynon and Waray, as well as in English, Latin and Spanish, will be provided.

It is expected that the Mass will stretch longer than the usual one hour. Yet it won’t be surprising if people end up enjoying the whole experience; aside from the presence of Francis, the Pope who made it cool to be Catholic again, there will be new liturgical music that has been created to make the Philippines feel whole again.

“Humbled” is how Fr. Manoling Francisco, SJ, describes his initial reaction in July last year when Lingayen-Dagupan Archbishop Socrates Villegas, president of the Catholic Bishops’ Conference of the Philippines (CBCP), commissioned him to compose the music for the multilingual Mass.

“For some years now I have been wanting to write a multilingual Mass-setting, fusing our many languages and musical rhythms. It is serendipitous that Archbishop Soc asked me to do this,” Francisco told the Inquirer via e-mail, adding that he felt unworthy of the task, as he did not have an academic degree in music.

But of course Villegas was confident that Francisco could do it. The archbishop picked him not only because he, like Pope Francis, is a Jesuit, but mainly due to his reputation as a liturgical and inspirational music composer.

Francisco’s solo works and collaborations with his Ateneo cohorts in Bukas Palad Music Ministry—“Hindi Kita Malilimutan,” “Tanging Yaman,” “Sa ’Yo Lamang,” to name a few—have spread outside the walls of the Catholic Church, embraced and sung by people from all walks of life.

Francisco said his task for the papal Mass, which the CBCP bills as a “Mass of Mercy and Compassion,” was to incorporate as many Philippine languages, aside from English and Latin, into the hymns and responses.

“We speak and express our faith through numerous languages. To sing songs in various Philippine languages woven together in a Eucharistic celebration will hopefully foster a greater sense of national consciousness,” he said.

Recorded demo versions of the songs, interpreted by the Philippine Madrigal Singers, have been uploaded on YouTube.

Also among the songs to be performed is “Pananagutan” by Fr. Eduardo Hontiveros, SJ, regarded as the father of Philippine liturgical music and a mentor to Francisco.

To lead the singing at the Rizal Park Mass is a 1,000-member choir composed of parish and school choirs from Manila, Cubao, Pasig, Novaliches, Caloocan, Antipolo, San Pablo, Parañaque, Malolos, Batangas and Tuguegarao, joined by a choir of overseas Filipino workers from Singapore.

“It would have been simpler to get choirs that have been performing together and one full orchestra to accompany the choir and congregation,” but the multiple lineup “is symbolic—it attempts to be inclusive and representative of as many parishes and institutions,” Francisco said.

The congregation need not worry about getting lost in translation. “Though multilingual, the refrains are quite simple,” Francisco said. “My rule of thumb is that the congregation should be able to pick up the tune after hearing the melody once.”

The most challenging piece, Francisco said, is “Glory to God.” He explained that the chorus, which the congregation will sing, “is a simple four-line refrain in English, Latin, Cebuano and Tagalog. The rest of the prayer is divided into three verses [that] only the choir will sing: the first section on God the Father is in Ilocano and employs the Kalinga rhythm; the second on God the Son is in Tagalog and is patterned after the kundiman; the third segment on the Holy Spirit is in Cebuano and uses the singkil rhythm.”

Asked how he looks at Pope Francis as a Jesuit and a “radical leader,” Francisco said the Pontiff’s “simplicity and asceticism, his tenderness toward the poor and sick, his accessibility to ordinary people serve as a counterwitness to our materialism and individualism.”

Francisco started playing the piano at age 6, and took classical lessons till first year high school. He dreamed of becoming a concert pianist like his paternal grandmother, Leonarda Ocampo, the first graduate of St. Scholastica’s Conservatory of Music.

Francisco’s uncle, songwriter Louie Ocampo, was one of his first music teachers.

Francisco said he never thought of becoming a priest, but was struck by the idea of serving God while waiting for his sundo at the Ateneo, where he graduated class valedictorian in elementary, high school and college.

In 1983 he was a college freshman when Sen. Benigno Aquino Jr. was assassinated. The death of Ninoy, a first cousin of Francisco’s mother, politicized him. He said he was torn “between a desire to be with the masses in the struggle for freedom and democracy and being attentive to the call of the priesthood.”

One night, while praying on his knees and in a confused state, he said he heard the Lord tell him that activism is part of the work of redemption. God asked him in his conscience: “Will you help me save souls as a priest?”

Francisco has not looked back since.

On weekdays he teaches theology full-time at Loyola School of Theology in Ateneo de Manila University. On weekends he facilitates retreats for lay groups, stages concerts with Bukas Palad Music Ministry and oversees the rehabilitation projects of Tanging Yaman Foundation.

He finds joy in the fact that he’s able to pursue music in his vocation. Somehow it validates the aphorism that when you sing, you pray twice.

Get to know Pope Francis in words, music