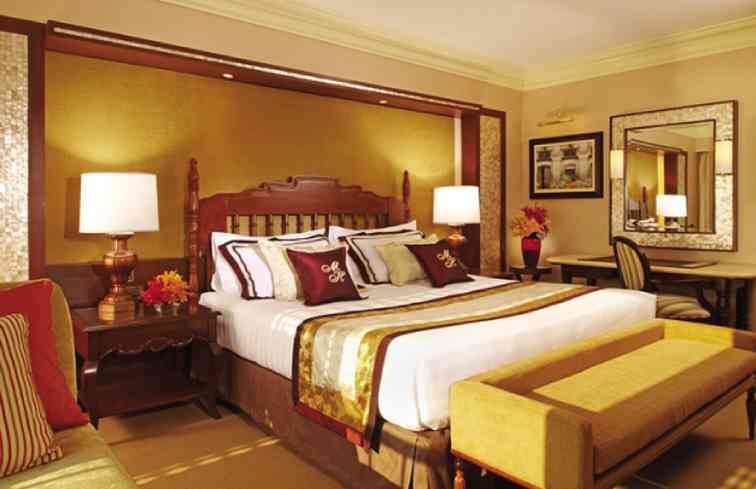 Call it a case of no room at the inn.

Room accommodations in luxury and boutique hotels lining the so-called “golden mile” of Roxas Boulevard that stretches 4.6 kilometers, from Manila to the border of Pasay City, are sold out in time for Pope Francis’ visit to the country later this week.

The Manila Hotel, literally a stone’s throw from the Quirino Grandstand where the Pontiff is set to celebrate Mass on Jan. 18, had been deluged with queries and reservations right after the Catholic Bishops Conference of the Philippines (CBCP) announced in mid-2014 his plans for an apostolic visit

Luneta Hotel, which guards the other side of the grandstand, has also been flooded with calls for bookings since June.

“Up to this time, there are still those who take chances that somehow, there would be those who will cancel… but sadly, all rooms are taken,” the hotel’s Mayette Camacho said.

But perhaps nothing beats the relatively new H2O Hotel situated just behind the grandstand.

A CBCP insider predicts the hotel would turn into a virtual cathedral when bishops, priests and deacons from all over the country start arriving this week for Pope Francis’ Manila tour.

“A lot of the priests and bishops insist on staying there because it’s right where the action will be on the Pope’s biggest event here,” the source told Inquirer Lifestyle. 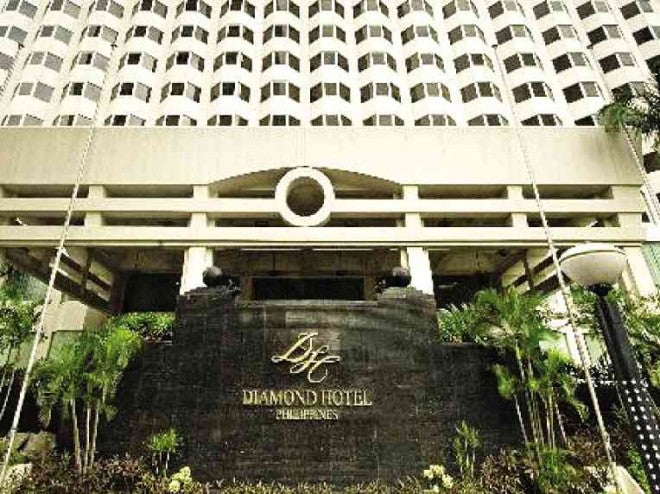 All three hotels are located either within or at the periphery of Rizal Park.

The packed bookings, however, are not limited to the hotels nearest the Quirino Grandstand.

Manila Diamond Hotel, which is about two kilometers south, is already “extremely busy” with accommodation and dining preparations as of last week.

Diamond’s Melanie Pallorina said the hotel (“in collaboration with Veritas”) offers a Papal Visit commemorative kit that includes a 20-percent discount coupon valid until June 15 for harried souls craving a massage or those who want to enjoy food and beverages.

To celebrate the Pope’s arrival on Jan. 15, Diamond Hotel will upgrade its buffet menu selection in its Corniche restaurant.

Meanwhile, a “to go” booth offering the hotel’s famous ensaymada, coffee and pastries will also be set up right outside the hotel for the faithful who fail to book rooms.

The newly-refurbished Hotel Jen, strategically located in front of the Cultural Center of the Philippines (CCP), and Sofitel Philippine Plaza in the CCP complex, are still open for bookings, staff from both establishments said.

Hotel Jen’s Lourdes Arrieta said they still have an ongoing Papal Manila Tour promo that offers accommodation inclusive of the usual amenities plus 4 p.m. check-out for a minimum stay of two nights for P5,400— but only while the Pontiff is here.

Meanwhile, other hotels within a one-kilometer radius of the grandstand are also fully booked.

Rooms at the quaint Bayleaf Hotel in Intramuros and the Waterfront Manila Pavilion that boasts rooms with a picturesque view of the Quirino Grandstand from the corner of UN Avenue and Maria Orosa Street are both sold out.

So are those in Pan Pacific Hotel at the corner of Adriatico and Malvar Streets behind Roxas Boulevard.

A cursory check of reservations among hotels farther south showed that Midas Hotel in Pasay is also fully booked, while the nearby Heritage Hotel across Edsa and Solaire Resort and Casino in Entertainment City, Parañaque, still have available rooms.

Hotels nearest the Quirino Grandstand are taking precautions to ensure visitors and those around their premises would be safe during the Pope’s visit.

Manila Hotel’s Nian Rigor said they have been coordinating with the Manila Police district, the Papal Security Task Force and the Diplomatic Security Group for security arrangements.

“We have heightened security within the perimeter of the hotel,” she said.

Added measures being implemented by Manila Hotel are K-9 inspections of all incoming vehicles, X-ray screening of all luggage and 24-hour foot patrol security.

Rigor said the hotel’s Centennial Hall will feature a widescreen TV that will show Pope Francis’ celebration of the Holy Mass on the 18th. Food and beverage operations have also been extended to adjust to the large number of guests.

Luneta Hotel had recently launched its Everyday Buffet offer in anticipation of big groups expected to arrive during the Pope’s visit.

“We expect walk-ins (of) families, groups, religious, students and even foreign media who prefer a culinary feast (at an) affordable price,” Camacho said.

Luneta Hotel is constantly updating discussions with EMBOA (Ermita-Malate Business Owners Association) not only for security purposes but also for possible bookings in other establishments where there are still available rooms.

“We are closely coordinating with the Philippine National Police and the Presidential Security Group and (we are) on heightened alert. For the duration of the (Pope’s) visit, the PNP will assign policemen in the hotel for added security,” Pallorina said.

Diamond’s security detail also has instructions to ask all employees and suppliers for their IDs and nameplates “at all times.”