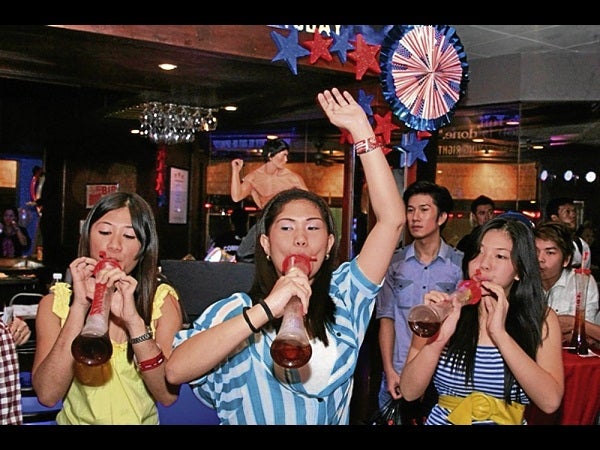 ‘Shake, Rattle and Pour’ winner off to Kuala Lumpur for world bartending tilt 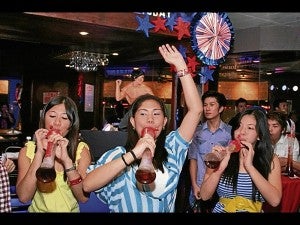 From the bottles flying, alcohol spilling and loud cheering at T.G.I.Friday’s Glorietta last Sept. 15, you’d think there was a brawl.

Actually, what was taking place was the much-anticipated Shake, Rattle and Pour bartending competition. Now on its 16th year, this year’s competition had an all-American theme, which explained the red, white and blue balloon arch tunnels and American flaglets on the tables.

Twelve contestants from different branches of Friday’s all over the country competed, each one ready with his own witty spiels, bottle-flipping tricks and drink preparation techniques.

Hosted by DJ Mo Twister (also the endorser of the restaurant), the contest had the bartenders displaying their pouring technicalities and speed in the first round, then flaunting their bottle-flipping and drink-tossing skills in the second round. Every contestant tried to offer something special, unique and memorable, such as juggling in a creative way, building a tower of glasses before pouring the drink, even inviting friends (in costume!) to dance beside him.

Judges this year were Blessie Cruz of Cebu Pacific, Bobby Campos of Bacardi, Christie Genovea of the Bistro Group, Fine Hong of Bulgogi Brothers International, and model and entrepreneur Divine Lee. The bartenders tried to impress them by asking them to shake their drinks, along with banter and gifts—from durian table-toppers and pillows to cakes and caricatures.

After all the flipping and pouring, the top three winners were announced: 2nd runner-up Genrev Paul Bacasno, 1st runner-up Ralph Daganio, and champion Ram Ong. Ong didn’t just win P15,000 and a trophy; he will also be flown by Cebu Pacific to Kuala Lumpur, Malaysia this October for the regional championship.

Ong happens to be no stranger to the competition, having placed in the Asian and World championships in the past. His goal this year is to finally win the title abroad. From behind the bar of Friday’s Robinsons Ermita to Kuala Lumpur, Malaysia this October—this bottle-flipping and drink-pouring guy is sure going places.