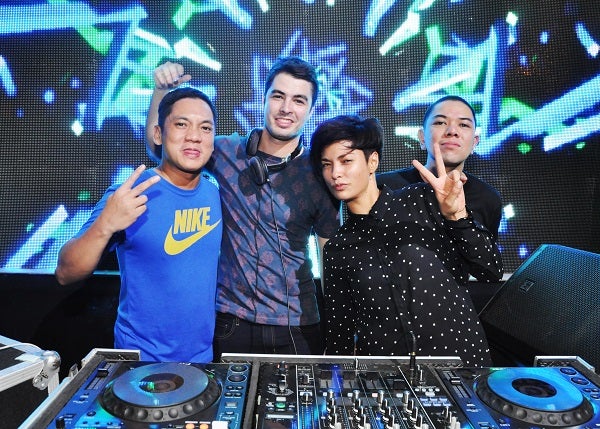 MANILA, Philippines—The DinagyangFestival has evolved from being a simple parish celebration to what is now one of the most prominent festivals in the country. Similarly, the types of activities lined up have also developed, only getting grander by the year. This 2015, for example, both local and foreign spectators of the religious and cultural feast will be treated to nights of electronic dance music (EDM) featuring top Manila DJs Mars Miranda, Callum David, Badkiss, and Eric Capili.

The heart-pumping music experience will be powered by Globe Telecom.

Asked why Globe Telecom chose to participate in Iloilo’s own version of the Ati-Atihan festival, Joe Caliro, Globe Telecom’s Head of Retail Transformation said “At Globe, we always look forward to giving our customers wonderful experiences and many reasons to celebrate.”

“During the unveiling of our newest GEN3 Stores, we told the stories of today’s biggest DJs as part of the new stores’concept to highlight individuals with inspiring stories. This time, we are bringing all four DJs again together for a festival experience that partygoers will surely remember. We are inviting locals and tourists to get ready to celebrate all night at the Globe parties in Iloilo,”Caliro continued.

The DJs are scheduled to perform on Jan. 23 and 24 for #NextActDinagyang from 10 p.m. to 2 a.m. at the Globe Mobility Store on the Go located at Capitol Grounds in Iloilo City.

Prior to having a title of its own, the Dinagyang Festival was simply called “Iloilo Ati-Atihan,”according to dinagyangsailoilo.com. But in 1977, PacificoSudario, an Ilonggo writer and broadcaster described the event as “Dinagyang,”meaning revelry or merrymaking. Since then, the festivity was called “Dinagyang Festival.”

Like the Sinulog Festival of Cebu, the Dinagyang Festival of Iloilo is celebrated in honor of the Sto. Niño. Advt