Will De Niro, DiCaprio and Scorsese be in town for the opening of City of Dreams Manila? | Lifestyle.INQ ❮ ❯ 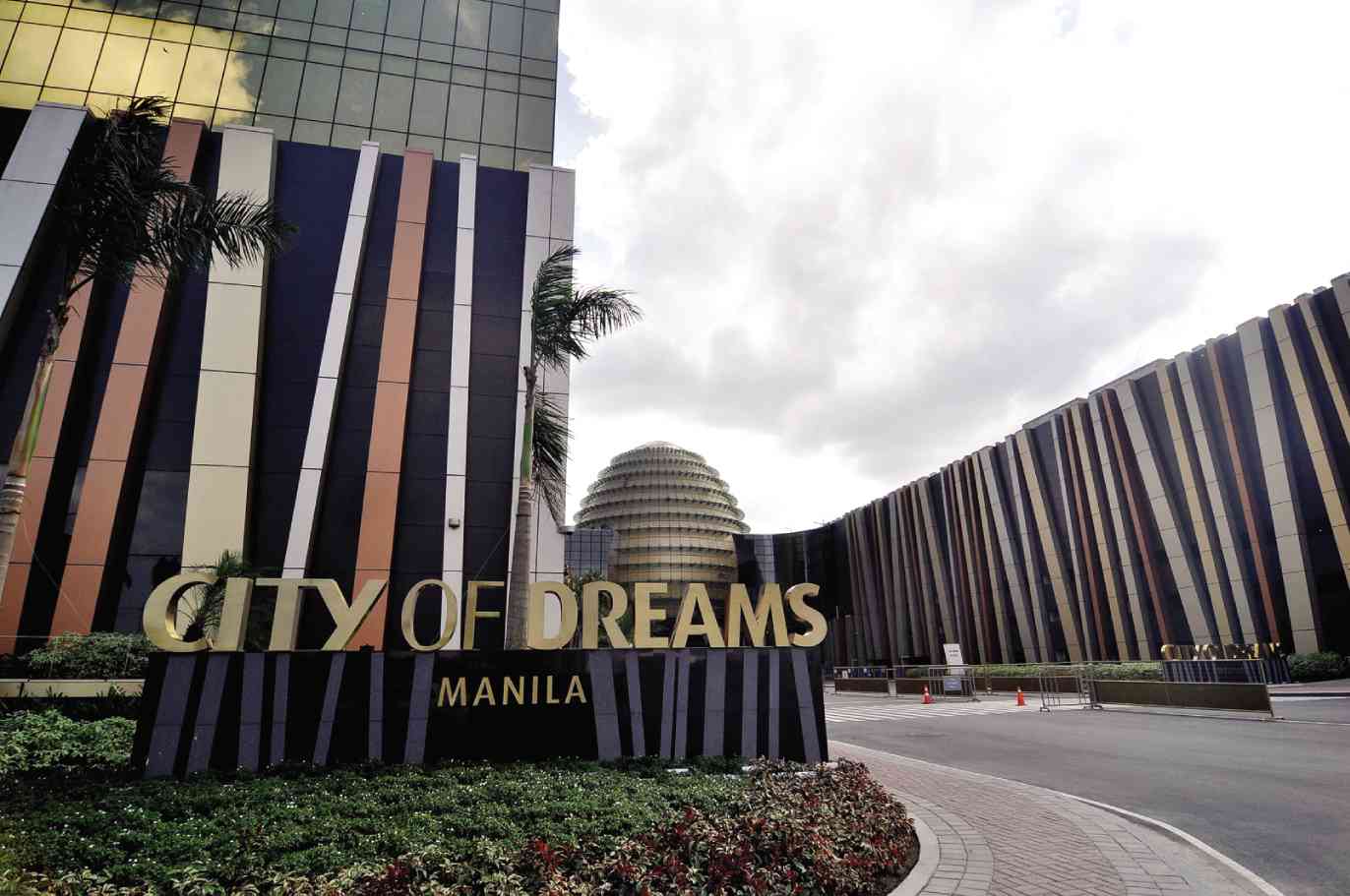 Will De Niro, DiCaprio and Scorsese be in town for the opening of City of Dreams Manila?

Executives of City of Dreams Manila (COD) were understandably mum and cryptic when journalists pressed for info on whether Robert De Niro, Martin Scorsese and Leonardo DiCaprio will grace the grand opening of the casino resort complex on Feb. 2.

It was the first full media preview of the 6.2-hectare property in Pasay City, and COD had released that same day the TVC starring the three Hollywood heavyweights plugging the gaming complex, in which the Oscar-winning director welcomes his two favorite collaborators to Manila.

In his spiel, Scorsese described Manila as “incredible” and “fantastic.” It was playing on loop on the Jumbotron outside the resort facing Diosdado Macapagal Avenue.

“We expected that’s what people would think once [the posters and TVC] come out. But we can’t say [if they’re coming],” said Charisse Chuidian, COD vice president for public relations.

Even Marlon Hirsh, general manager of Nobu Hotel, wouldn’t confirm if De Niro would be returning to Manila for the opening. The actor, a business partner of the Nobu hotel and restaurant group, made a surprise appearance in Manila in January last year at the announcement of the luxury hotel’s opening at COD. Nobu is one of three hotels in the multibillion-dollar resort complex.

Neither would Hirsh confirm if the actor had returned since, merely saying De Niro is “expected to come several times a year” and is “very involved,” personally testing the furniture and amenities in the Nobu properties.

Nobu Hotel in Manila is only the second in the world after Las Vegas, which opened in 2013.

COD had its soft launch in mid-December with the opening of the Hyatt and Nobu hotels, including the restaurant Nobu Manila. The third and most exclusive hotel in the complex, Crown Towers, will open on Feb. 2.

Chuidian said that an outdoor concert featuring American R&B singer Ne-Yo, with Gary Valenciano, Zsa Zsa Padilla, Kyla and Jed Madela, will highlight the Feb. 2 event, though the final list of performers is still being confirmed.

But Hollywood stars or none, COD execs believe the massive resort complex has enough attractions to lure Filipinos and leisure travelers around the region, whether they’re serious gamers or not.

Unlike most integrated gaming complexes, however, COD has no theater. But a golden futuristic-looking egg-shaped dome at the center of the resort called Fortune Egg—still under construction at press time—will house two luxury club lounges, Pangaea and Chaos. There will also be an entertainment bar for live performances on the gaming floor called Centerplay.
Each of the three hotels has its own swimming pool. The exclusive Crown Towers has private poolside cabanas with massage beds and flat-screen TVs. Forgot your sunnies? No worries, as a complimentary loan of Dior sunglasses is part of the perks of being a Crown Towers guest.

Nobu Hotel and Crown Towers both have full-service spas, while Crown and Hyatt have their own fitness centers. Franck Provost salon services COD guests at the Hyatt.

And as retail is a major component of casino resorts, several luxury brands are opening their first outlets in the Philippines at COD’s The Shops at the Boulevard, like Roberto Cavalli; the Hong Kong jeweler Qeelin; Italian menswear Canali; luxury eyewear Linda Farrow; and the Bench-owned Assembly, which houses the company’s European franchises Alberta Ferretti, Casadei and Repetto.

What COD has plenty of will be dining options. Apart from the 335-seat local outpost of the world-renowned Nobu restaurant, food outlets like The Tasting Room that serves contemporary European haute cuisine, and the modern Chinese restaurant Crystal Dragon, both at the Crown Towers, are already getting rave reviews from local foodies. The chocolatier Godiva is also opening its first café in the country at COD.

The 365-room Hyatt City of Dreams Manila offers a 24-hour buffet at The Hyatt Café, with six food stations (from P1,088 net), and only P588 net for its midnight buffet.

Nobu Hotel, meanwhile, has Nobu Tea House on the ground level. Overall, COD will have over 20 restaurants when it’s fully open.

While the Hyatt is classified as the “family hotel” in the complex, the 321-room Nobu is the boutique hotel of COD, with a Japanese-inspired décor courtesy of the Rockwell Group of New York.