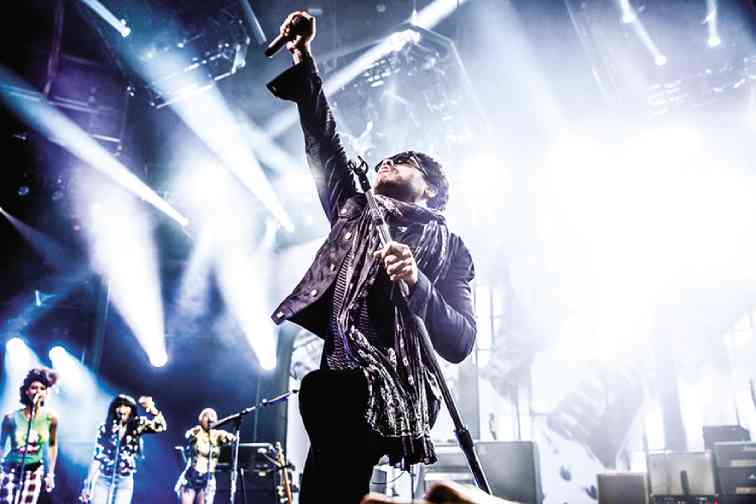 Most of the concerts held in the country that feature major international artists don’t really make money for the producers—especially if the artists’ talent fees are exorbitant.

That’s why cash sponsorship matters a lot, because the amount given to producers help offset their concerts’ production costs.

For instance, the two-night shows of One Direction, scheduled on March 21 and 22 at the SM Mall of Asia open grounds, look very promising financially—not only due to brisk ticket sales but also because Smart Communications is said to be pouring in more than P100 million as main sponsor.

The latest talk among concert promoters is that the Ayala group has formed a new company to produce its own gigs.

It has three coming projects:

The Lenny Kravitz concert on March 24 at the Globe Circuit Event Grounds in Makati; the Ayala group is said to have bought the show from the Hong Kong-based Midas Promotions, which originally negotiated the deal with Kravitz’s handlers.

The K-pop show featuring Super Junior, Girls’ Generation, Got7 and Red Velvet on April 12 at the Philippine Arena;

And the Katy Perry gig on May 7 also at the Philippine Arena.

So, what made the Ayala group decide to bankroll concerts? It’s probably the opportunity to reach out on a more personal level to music fans who make up a large chunk of the telecom market—of which Ayala’s subsidiary, Globe Telecom, presumably wants to have a bigger share.

But there may be a problem filling up the 55,000-capacity Philippine Arena because the K-pop artists as well as Perry are not considered big enough to attract a sellout crowd. Unless, of course, tickets are sold cheap.

The recent gala night of the Broadway musical “Beauty and the Beast” at the Cultural Center of the Philippines (CCP) came a week late in deference to Pope Francis’ Philippine visit.

Some dates had to be canceled, too, since the whole country was focused on the Pontiff’s itinerary which affected roads leading to the CCP.

The good news is that the show’s run has been extended till Feb. 8 to make up for the canceled dates.

What makes “Beauty and the Beast” still popular is its enduring message of humility and seeing the inner good in the face of hideous appearances. While the first few minutes of the show could be a challenge to those with a tendency to doze off especially in scenes with long dialogues, the Broadway song-and-dance formula proves effective in sustaining audience interest in the play’s all-too-familiar plot.

But the biggest credit goes to Ovation Productions head Renen de Guia, who has expanded his reputation as the country’s biggest concert promoter with this first venture in musical theater.

Contrary to his view, however, that “Beauty and the Beast” is “not a kiddie show,” we think children from ages 5 and up should be exposed to such events, if only to start educating them, in this instance, on the value of being “human.”