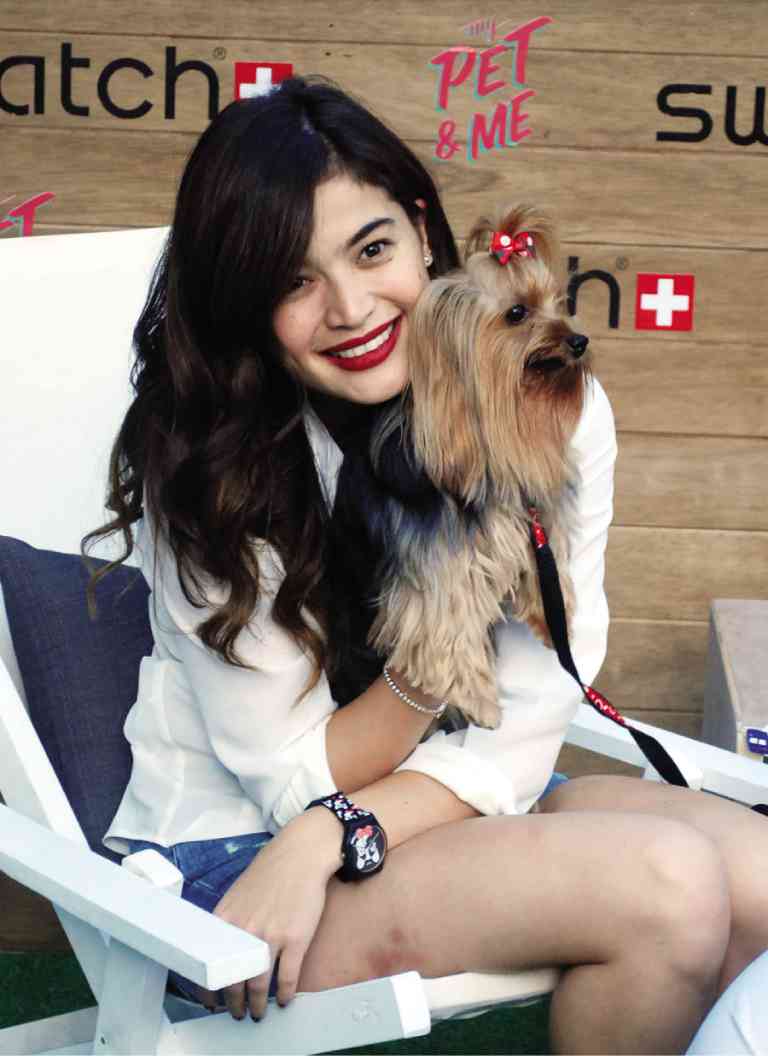 Tyrion the Frenchie was headed to his first party so I made sure he was freshly bathed, with a new collar and his favorite bow tie around his chubby neck.

On the way out I realized that my own shirt had not been ironed. “Meh,” I shrugged, hustling the dapper Tyrion out the door.

Swatch celebrates the loving relationship between pets and their humans with the adorable Swatch My Pet & Me watches.

To launch the six-piece collection in the Philippines, Swatch pioneer Virgie Ramos cooked up a fun pet party on Feb. 2.

The roof deck of the Swatch & Swatch Center on Arnaiz Avenue in Makati was transformed into an animal-friendly playground, with bean bags, doggie beds, balls and beach chairs—more proof of just how versatile the space is. (Swatch is keeping its fun pet setup until Feb. 6. Pets and their humans can stop by to play and take pictures from 2 to 5 p.m.)

BetterDog’s Jojo Isorena, who some people consider the country’s dog whisperer, talked about the importance of training your dogs while Jennie Cerrada and her Golden Retriever Hunter demonstrated his many tricks.

Hunter crossed his legs, shook his head, pretended to be ashamed, put his toys away, played basketball and—our favorite part—gave Jennie a tissue when she sneezed.

And we thought Tyrion’s ability to high five was cool.

Chardy Ang was there, too, freestyling with his dogs Cheska and Skye. Skye, an adorable Jack Russel who has made appearances in commercials, TV shows and, soon, a music video, stole the show with his hand stands.

The pets (there were a lot of dogs but there were some cats, too) and their owners made new friends. Tyrion developed a crush on Coco, Penny and Taystee (and that’s a little weird because Penny is Taystee’s mom).

The My Pet &Me watches were on display in the lounge. Andy Baby was inspired by Andy, an adorable bow tie-wearing Frenchie. Wild Totem, a great pick for owl fans, is a real hoot. Fly high with Choupinou, which has two cute birds playing on the dial. Cattitude will make you go meow. Love fish? Choose 1, 2, 3 Soleil. Wear an entire zoo on your wrist with Tiergarten.

Before we headed home, I dropped by the Swatch store on the second floor to buy Andy Baby (yes, the collection is in stores now). And now my dog Tyrion thinks my new Swatch watch is his.

You have one more week to win a Swatch My Pet & Me watch from Swatch and Super. Post a photo of your pet or your selfie with your pet on Instagram and Twitter, and use #SwatchPetPH #Super. Or e-mail the photo to [email protected] The best six photos will be chosen and will be published in our pages. Entries will be accepted until Feb. 14.