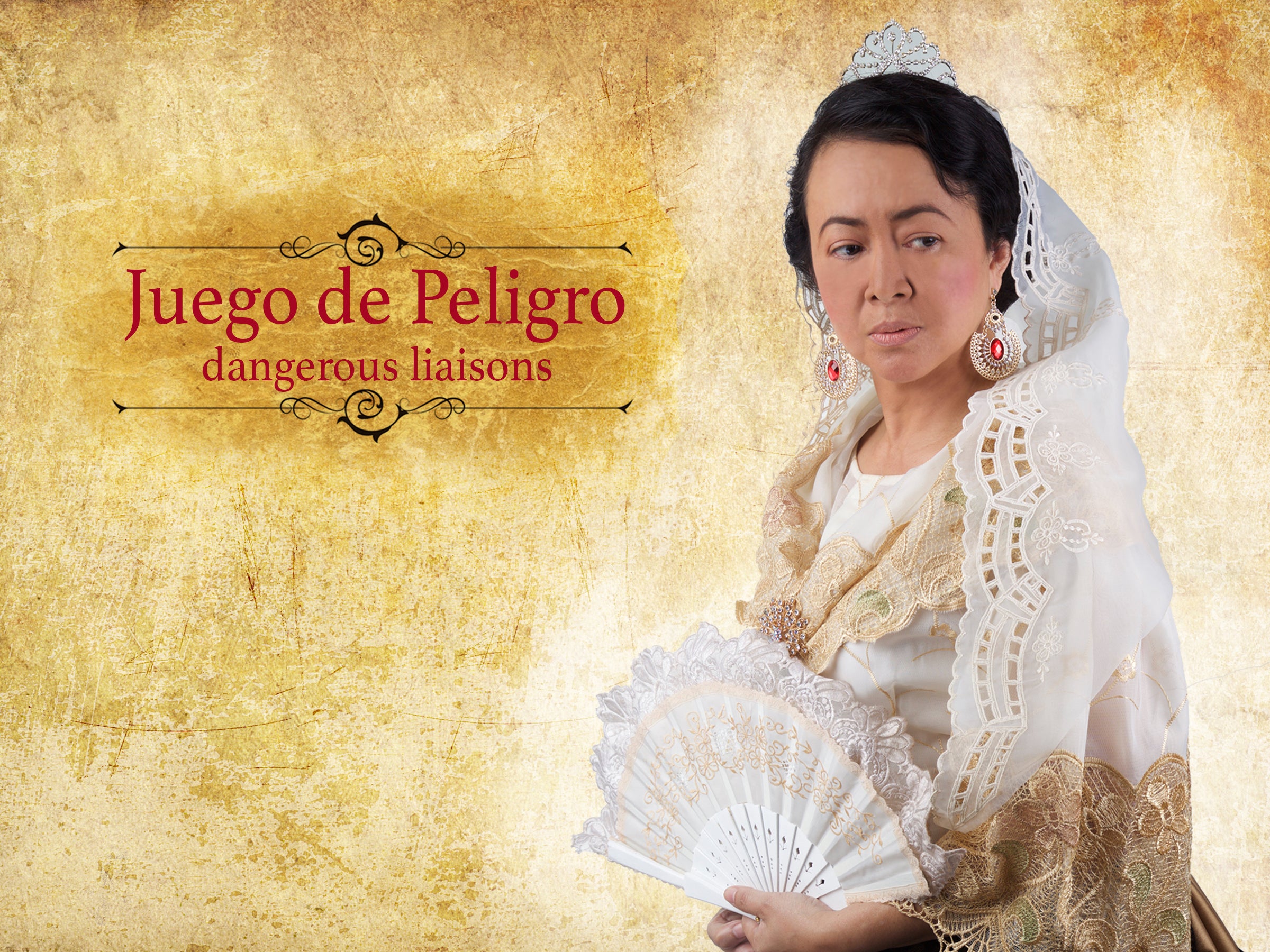 MANILA, Philippines—In an era where Facebook posts, text messages, tweets, and watt pad become the primary source of communication, and of narration, a refreshing take on a classic tool, suddenly comes alive.

An epistolary novel, the story is told through letters written by the characters, allowing the readers to experience the story directly from them. This experience becomes an exciting challenge as Tanghalang Pilipino, the resident theater company of the Cultural Center of the Philippines, adapts the famous novel on stage as the closing production for their 28th Theater Season, now with the title “Juego de Peligro.”

And what’s more, the decadence of the French aristocracy before the revolution is suddenly transformed into the pre-war Intramuros, with the wealthy engaging in cruel games of seduction and humiliation; where money and beauty become the necessary weapon to achieve power. “Juego de Peligro” opens on Feb. 20 at the CCP Tanghalang Aurelio Tolentino. Succeeding performances will be on Feb. 21-22, 27-28, and March 1 and 6-8 at 3 p.m. and 8 p.m.

Adapted for stage by award-winning playwright Elmer Gatchalian and directed by TP Associate Artistic Director Tuxqs Rutaquio, “Juego de Peligro” focuses on the two characters: Marquise de Merteuil and Vicomte de Valmont, who now have their Hispanic counterparts—Señora Margarita and Señor Vicente. As peninsulares of the colony, they are given the luxury to perform the cruel games of seduction and manipulation that only the privileged few experience during that period.

When Señora Margarita asks her former lover Señor Vicente to seduce the young and virginal Cecilia, he proposes to her another devious plan—he will make the deeply religious and recently married mestiza Señora Teresa fall in love with him.

While waiting for his plan to come to fruition, Señora Margarita proceeds to corrupt the indio Daniel who is madly in love with Cecilia. This game of conquest will set in motion a series of tragic events that will challenge Margarita and Vicente’s position as the self-proclaimed—and rather depraved—patriots of their motherland. The letters now become essential tools in piecing together the tragic events of the story, with each turn and twist become a hot and frightening point in the narration.

Adapted for stage by Elmer Gatchalian, the play boasts of an impressive artistic team, which includes Giselle Garcia for the dramaturgy, John Batalla for the lighting design, Jed Balsamo for the sound design, and James Reyes, for the costumes.

Alternating for the role of Daniel is newcomer Lharby Policarpio. Also in the cast are veteran TV and theater actress Sherry Lara, Adrienne Vergara, Sasa Cabalquinto, as well as some of the most promising talents from the Tanghalang Pilipino Actors Company: Jonathan Tadioan, Raquel Pareño, Aldo Vencilao and Lhorvie Nuevo.

Tickets can be purchased at Ticketworld, or you may call Tanghalang Pilipino at (02) 832-1125, local 1620, or at 09218204155 / 09052544930 (SVG). For updates, you may visit the official Tanghalang Pilipino Facebook page, or via Twitter and Instagram, using the hashtag #tanghalangpilipino #juegodepeligro #juego #dangerousliasons.