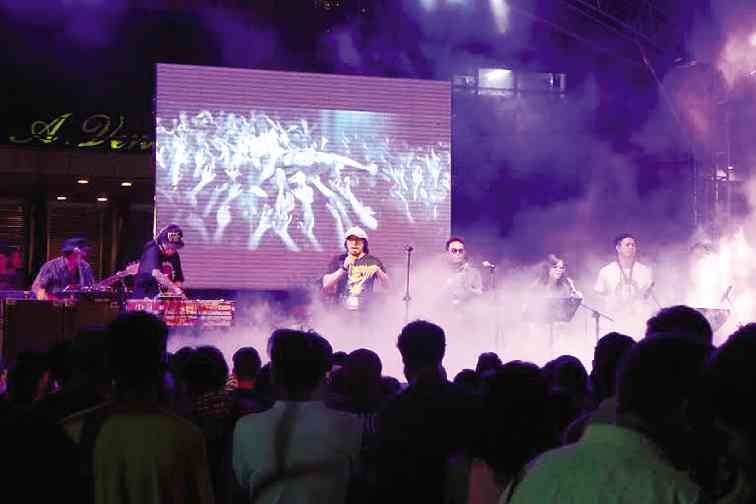 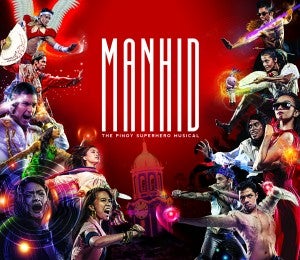 MANILA, Philippines—“Manhid: The Pinoy Superhero Musical” brings together not only talented actors, singers, and dancers, but critically acclaimed musicians too. Audiences will be treated to live music in each show, care of the Radioactive Sago Project. The iconic avant-jazz-pop group is taking over where the Eraserheads left off in 1991, as the production’s live band.

The Radioactive Sago Project’s perennially surprising stylistic excursions have earned them a cult following, from critics to art fans, even to discerning rock audiences.

The band is fronted by four-time Palanca Award-winning writer Lourd Ernest Hanopol De Veyra, along with alumni from the UP College of Music, two-time Gawad Urian awardee for Best Music, Francis De Veyra on bass, Jay Gapasin on drums, Junji Lerma on guitars, Pards Tupas on trombone, Arwin Nava on percussions, and Wowie Ansano on trumpet.

“We’re greatly honored to be performing alongside the Radioactive Sago Project,” says Ballet Philippines Artistic Director Paul Alexander Morales. “We had a great experience working with them during ‘Rock Supremo,’ so we are very eager to do so again.”

As the talent-studded cast of “Manhid” will be doing the singing for the show, frontman Lourd De Veyra’s involvement in the production is limited. His brother, Francis De Veyra serves as the production’s musical director, which he did for “Rock Supremo” as well. As a whole, the band brings a new vitality to the musical’s songs, which were originally performed in 1991 by the Eraserheads.

Before they went on to become one of the Philippines’ leading pop music groups, the Eraserheads started off as a little-known band in the University of the Philippines-Diliman. Composed of Ely Buendia on vocals, Marcus Adoro on guitars, Buddy Zapala on bass and Raimund Marasigan on drums, the members came together when the college bands Curfew and Sunday School merged.

As the band started performing original songs rather than covers, they soon earned a cult following in the university, which gradually spread outside the campus. The group disbanded in 2002, and last performed together in London in 2014. They released two new songs, “Sabado” and “1995” via Esquire Magazine’s September 2014 issue, their first release of new material in more than a decade.

Inspired from comic book super heroes of the 1960’s and the 1990’s, “Manhid” introduces a new generation of Filipino super heroes redefined for today’s times. Set in an alternate present day Philippines where the Edsa revolution failed, this musical features heroes and villains with superpowers, and a people sick with Kamanhiran (Apathy). “Manhid” is the final production in BP’s 45th anniversary season.

After 24 years, ‘Manhid’ returns to the stage