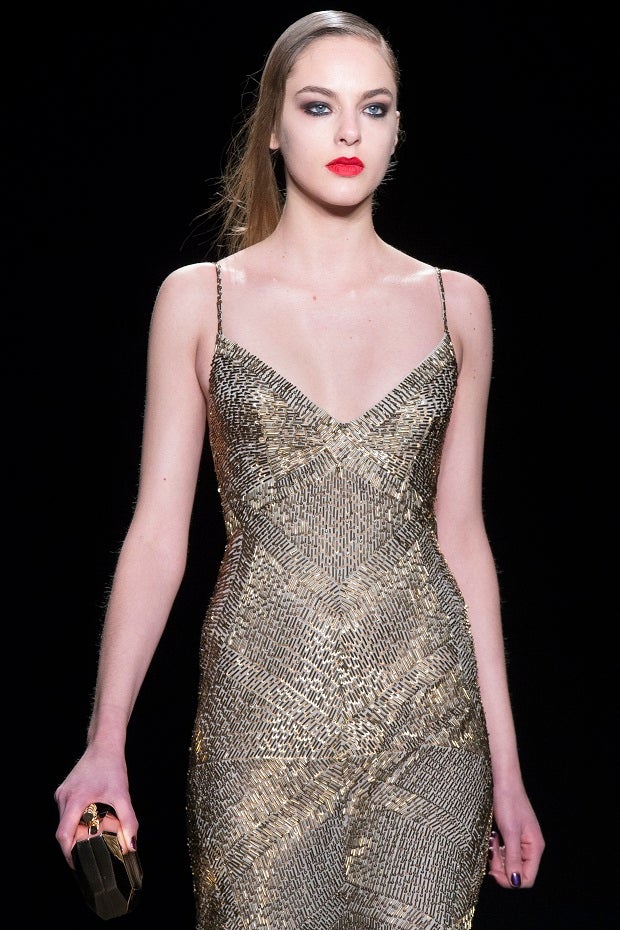 NEW YORK, United States — The Associated Press is all over New York Fashion Week, from its runway fashions to celebrity-packed events. Here’s what some AP writers are seeing:

From Anna Kendrick at the Golden Globe Awards to Julia Louis-Dreyfus at the SAGs, celebrities are showing the love for designer Monique Lhuillier.

While Lhuillier has had many recent wow moments on the red carpet, she says dressing the first lady is one she will never forget.

“It was such an honor to dress Michelle Obama,” said Lhuillier before her fashion show in Lincoln Center Friday night. “I mean she is a style icon on her own and you know it was such an honor to do it for the Kennedy Center honors because that’s such a beautiful night. It’s such a wonderful event and so I was thrilled when they called me and I’ll never forget that night.” 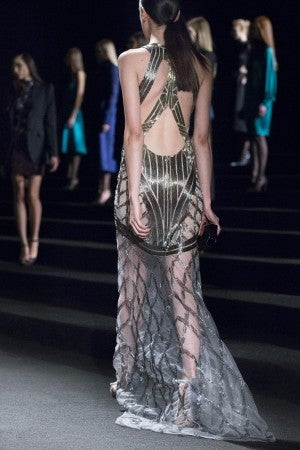 “I wear her all the time. She fits me perfectly and I always feel like it so classically beautiful,” said Snow.

Coco Rocha’s baby bump has caught up with the limelight and the proud supermodel mama couldn’t be happier.

The redheaded beauty was backstage Saturday at Christian Siriano’s New York Fashion Week show, posing for cameras and chatting about her spring arrival — a girl!

No names yet, but five or six are on the table. 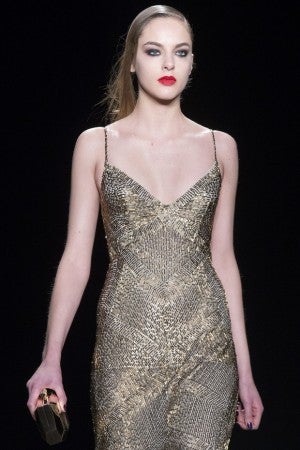 “I hope that I’ll be the type that once I see her I’ll know, but I haven’t been able to hone down on one. It’s hard when you haven’t met a human being and then you think that’s going to be the name for the rest of her life,” said Rocha, dressed in a tight high-neck, black-and-white print Siriano dress — her bump on display.

“I’m not hiding. I’m so excited. It took a while for the bump to show so now that it’s showing it’s been fun,” a beaming Rocha said.

Siriano sent out an African jungle-inspired collection of florals and animal prints, including a muted tiger stripe cashmere coat, against a welcome backdrop of potted green foliage. He sweated out the snowy weather with a nervous smile after making contact with clients and buyers.

“It’s really hard. It’s snowing and it’s Valentine’s Day and it’s later, so it’s a challenge for people to get in,” he said of his afternoon show in an industrial space downtown, away from the hustle of the Lincoln Center tents.

Among his backstage guests were Brad Goreski, the celebrity stylist and fresh face with Kathy Griffin on “Fashion Police” as the E! show regroups after the passing of stalwart Joan Rivers. With Joan’s daughter Melissa Rivers still behind the camera, how is he settling in?

“Everyone’s been so welcoming,” Goreski said. “We’re having the best time and, you know, Kelly Osbourne and Giuliana (Rancic) and Kathy and myself are just getting naughtier and naughtier as the weeks go on.”

So who does he have his eye on to shine at the Academy Awards?

“I have very high hopes for Emma Stone. She’s been my favorite this year so far at every awards show and I feel like the Oscars are going to be no exception.”

RIHANNA’S GOT IT IN THE BAG

The Grammy Award winner introduced a new one-off bag she designed for Fendi at the brand’s first store opening in New York on Friday.

She praised West’s Yeezy Boost sneakers, rolled at the day before at a runway show that included Kim Kardashian, Beyonce and a crying North West in the front row.

Rihanna’s Fendi baguette bag is part of a larger project in which five different women try their hand at accessory-designing for charity.

“When I was designing this purse I wanted to make something really edgy but still chic, something that a woman can wear all the time, something that reflects the way I like to dress. I always wear all-black, especially to perform but I wanted it to be wearable,” Rihanna said.

The five baguette purses will be displayed in Fendi’s new flagship store until 13 March and will be up for auction. Proceeds will benefit five charities chosen by the five designers.

Rebecca Minkoff rocked out for inspiration for her new season.

“I was really inspired by her youth, the raw energy she portrays in the book and that she was in New York at a time that you almost can’t recreate today. The ’70s and rock and roll was just beginning, so this collection is really an ode to that,” she said before her Friday runway show.