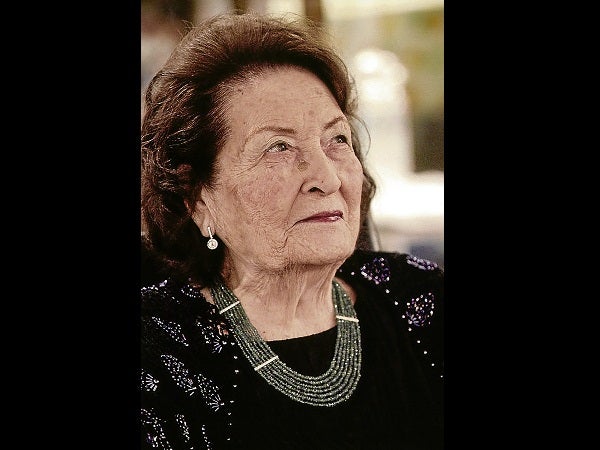 Happy 100th birthday especially if you don’t look it 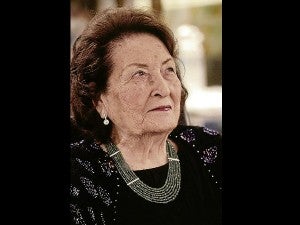 She was born three years before World War I began, and so when she was a child Germany still had a Kaiser, Russia still had a Tsar, and Turkey and much of the Middle East still formed the Ottoman Empire.

The life expectancy of a white female born in that year in the US was a little over 53 years. Although public sanitation, as well as the incidence of infant mortality, had vastly improved with the arrival of the Americans in the country, life expectancy in the tropics still must have been lower.

She was born in San Fernando, La Union, to Carmen Baltazar Almeida, a descendant of families which had long been established in the area. Her father was an American physician, Jewel Younge, who had come over with the US army. The marriage produced a boy, Edward, as well. Her parents were divorced when she was a teenager. Her mother would marry again much later, giving her four other siblings—Estrella, Victoria, Felicia and Augusto (Tito).

While living in La Union, she caught the eye of Marceliano Montemayor, a young man from Alaminos, Pangasinan, a UP and Harvard graduate, working in the justice department. He 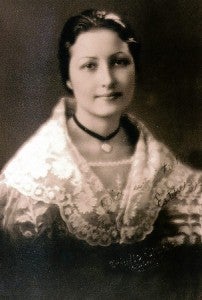 started courting her there, and when she went to UP in Manila herself for college (Class 1934, B.S. Education), he had a telephone installed in her dormitory room, one of the few around at the time, in order to continue his courtship.

In 1934, she married Marceliano; she was 22 years old and he was 44. They had five children—Myrna, who was married to Vicente Lacson; Sylvia, who married Jose de Leon III; Ernesto, who married Kathleen Roulston; Maria Paz, married to George Vanderburgh; and James, who married Tessie Reyes.

She and Marceliano had a long and loving marriage, which ended when he died at the age of 92 in 1982. I once asked her the secret of her happy marriage. “Simple,” she said. “I let him do what he wanted and he let me do what I wanted.”

During the next three decades, she raised her family and participated in the social life that came with being the wife of Marceliano, who became in succession a Court of Appeals judge, then a justice, and after his retirement from the Supreme Court in 1961, a legal adviser to President Diosdado Macapagal. 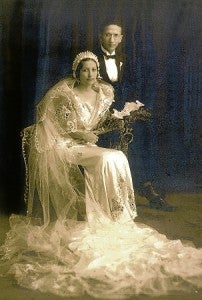 She never became a teacher, notwithstanding her choice of a college major. Instead, after the children were grown, she went into business. She speculated in real estate, built several buildings, went into the floral business, and for many years even had a food concession stand. She became fairly successful in these endeavors. She still has a water business.

She spent a lot of time gardening, first in her house in Pasaje Rosario, Paco, and later on in Makati. After the war, she took up voice lessons from Jovita Fuentes, a renowned singer of the day. One of my earliest memories is of being in the Paco house and hearing my grandmother’s disembodied voice singing an aria. She also enjoyed baking, as well as crocheting.

She has had her tragedies in her life. Her only surviving brother Edward left for the United States at an early age and passed away in Sacramento, California. He served as a soldier in World War II and has been buried in a military cemetery in Sacramento.

A much more painful occurrence was the death of my mother, Sylvia, in 1995. She was only 58 years old. They had been the closest of companions, talking to each other by phone everyday, many times in fact more than once a day, when they couldn’t see each other in person. A few weeks ago, while I was visiting her, she simply said, “I miss your mother so much… so much.”

In the last couple of years she has spent most of her time at home in the care of her two surviving daughters, Myrna and Maria Paz. She occasionally spends time in her garden, admiring her flowers and plants. What is wonderful, however, is that not only is she still alive, but also that she still has her wits about her. 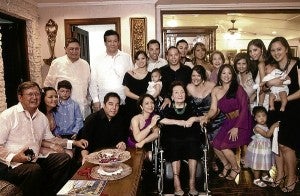 A few months ago, my grandmother was resting in her room while I mentioned to my Tita Myrna that I was planning to give up eating desserts, in order to lose weight. “Don’t do that, my aunt said. “That’s too radical. Instead of giving up desserts altogether, just take one spoonful of dessert after every meal” My grandmother, eyes still closed, on the verge of laughing, molded one of her hands into the shape of a large spoon. “Just make sure,” she said from her bed, “that the spoon isn’t too big.”

She has often been asked if there is a secret to her longevity. Beyond the role played by one’s genes, she says that she is unaware of anything special that she has done or not done that has made her live this long. One can point to the fact that she has never smoked nor drank. On the other hand, however, she has never exercised. 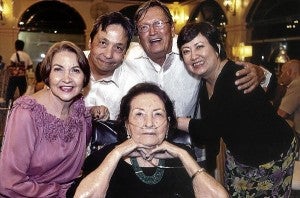 She has had the normal stresses of life, brought on by marriage, raising a family, and running a few businesses. She says that she tries to think positively, never holds grudges, and never thought about growing old. She is astonished at times when she realizes how old she is.

My guess is that her attitude to life may help explain her longevity. She always had to be busy, always had to be doing something. In her late 80s, she decided to put up a water business. She would personally go to her customers—banks and construction sites, mostly—and demonstrate how her water was cleaner than the other brand’s water.

When some of her relatives heard about it, they asked why she had bothered putting up other business, as she was already at an advanced age. “Precisely,” she said. “I’m putting up this business while I still can, before I become too old. There isn’t any time to waste.”