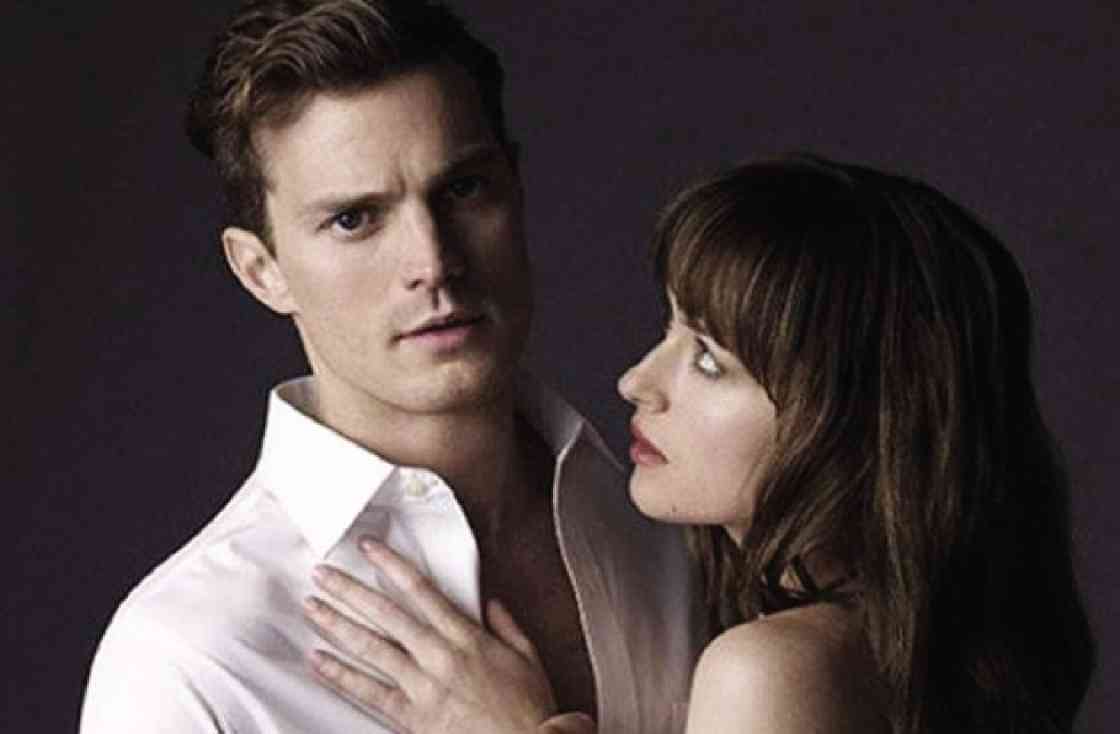 JAMIE Dornan and Dakota Johnson in “Fifty Shades of Grey”

But in the interest of impartial journalism, I agreed to view and review “Fifty Shades of Grey” from a male perspective.

I could always claim that I saw it only for the sex scenes; God forbid I should take an interest in the plot. That would let me off the hook with the bros, among whom the overwhelming opinion seems to be: “‘Fifty Shades of Grey’ is gay.”

Everything I had heard or read about FSOG so far screamed “chick flick,” the kind that your girlfriend or wife drags you to, and you reluctantly agree. After all, she did sit through the latest Jason Statham bone-cruncher with you.

Judging from the reviews I had scanned, it seemed to be a contemporary cinematic equivalent to one of those “bodice ripper” romance novels, the kind that invariably had the leonine stud Fabio on the cover illustration, ruffled shirt strategically unbuttoned to reveal his rippling pecs as he ravishes the heroine into a dead faint.

In fact, the only time FSOG managed to pique my interest was when Charlie Hunnam was signed to play the character of Christian Grey. Being a huge “Sons of Anarchy” fanboy, I wanted to see how he would handle the transition from playing greasy, ultraviolent biker gang leader Jax Teller to metrosexual CEO with a dark side Christian Grey.

When Hunnam dropped out of the project, reportedly due to concerns about the script and the character (and possibly, his “street cred”), so did any interest I might have had in the film.

Needless to say, I hadn’t read the book, and had only been peripherally attentive to all the hype surrounding the film. So I felt I could come to the experience relatively baggage-free.

I managed to sit through the whole thing and, I think, get the gist of it.

Strip the film of its much-hyped S&M, frontal nudity and tastefully explicit sex scenes and what you have left is a cookie-cutter romantic fantasy in which the virginal (at least in the beginning) heroine is swept up from her lonely and loveless quotidian existence by an impossibly handsome and rich white knight in shining armor.  Soap opera stuff.

The fact that Christian Grey, “the world’s most eligible billionaire bachelor,” has a chink in his armor in the form of a mild kink involving bondage and domination, only plays into the well-known female need to “fix” flawed male characters.

You just know that, by the movie’s end, Beauty would have tamed the Beast and turned him back into the handsome prince he always was.

It took every bit of self-discipline I had not to fast-forward through the tedium of the dramatic exposition to get to the “good” parts.

As far as casting goes, what does it say about a film when the male lead is prettier than the heroine?

Not having read the book, I have limited understanding— that the character of Anastasia Steele is meant to stand in for everywoman, a blank screen on which female audience members could project their fears, insecurities and not-so-secret yearnings.

In that respect, Dakota Johnson (Don “Miami Vice” Johnson’s daughter!) is the perfect choice: blandly good-looking in a girl-next-door kind of way, completely non-threatening, believable as the submissive partner in a master-and-servant relationship.

One can hardly blame Charlie Hunnam for bailing on the project; in hindsight, he dodged the bullet on this one.

Too much has been made of replacement Jamie Dornan’s previous life as a Calvin Klein model, and his chiseled good looks. He was actually creepily effective as the tightly wound stalker and serial killer in the BBC TV series “The Fall.”

It’s just too bad that he failed to generate even a fraction of that character’s malignant misogyny as Christian Grey. It would certainly have livened things up a bit.

Instead, Dornan’s Grey is oddly non-threatening for a sadist.

There’s something pro forma about Ana Steele and Christian Grey’s sexual dalliance. Mickey Rourke and Kim Basinger generated more heat in “9 and ½ Weeks,” a movie with which FSOG is often unfavorably compared.

A lot of the buzz surrounding FSOG centers on its flirtation with bondage, domination and sadomasochism—but it’s just that, a flirtation.

Actually, what the film presents is a highly sanitized version of this deviant behavior, shorn of any real danger. You would think that with all her drivel about her “inner goddess” and coy lip-biting, Grey would take more pleasure in smacking Ana around. He’s supposed to be drawing her into his secret darkness, but he’s just going through the motions while allowing Anastasia to seduce him all too easily into a normal relationship.

Halfway through the film, he’s dancing to Sinatra with her and introducing her to his parents.

I couldn’t help but compare FSOG’s tame bedroom games with any number of S&M-theme Japanese “pink” films from the 1970s and early ’80s, soft-core roughies with titles like “Flower and Snake,” “Wife To Be Sacrificed” and “Female Teacher in Rope Hell,” in which the invariably meek and trusting heroine is trussed up, hoisted on an ornate arrangement of ropes and pulleys, and tortured and ravaged for hours by a leering and genuinely deranged pervert.

At the end of this torturous journey, these heroines find sexual release in accepting their own hidden need to be dominated and abused, mixed in with not a little shame and self-loathing.

In contrast, Grey’s air-conditioned penthouse dungeon, with his collection of whips and riding crops, looks like it was assembled by an interior designer.  He claims that he doesn’t make love, he f**ks hard, but won’t sleep with the heroine without her written consent.

He may play around with restraints and spanking, but he always remembers to use a condom. It’s telling that Anastasia never feels the need to utter the “safe” word: She knows she’s not in any real danger of getting hurt, which is kind of the point of S&M.

She also doesn’t seem conflicted about getting drawn into what on the surface is an abusive and controlling relationship. Deep down, she knows he doesn’t really want to hurt her, he just needs to work out some of his “issues,” poor guy, a process where she’s a totally willing participant.

As for the sex scenes, the mainstream success of FSOG can be expected to scandalize the usual suspects: the Catholic church, feminist groups, school principals—and few else. The censors might raise a fuss over the usual nonsense about “breast exposure,” cunning linguists, that notorious wiener scene, if not the bondage and sadomasochism.

They needn’t be concerned that young people will start getting into handcuffs and blindfolds (although Victoria Court’s FSOG-inspired rooms are said to be currently a hot item).  FSOG doesn’t glorify violence against women at all.

There is a serious disconnect between the movie’s premise of dominance and submission, and the clearly consensual joy that Christian and Ana take in each other’s bodies. Sure there’s some tying up and whipping and spanking, but it’s all just good, clean fun. No real danger and, therefore, no real self-discovery either.

In the end, its message reaffirms what men have suspected all along: What women really want is a take-charge kind of guy. They don’t mind occasionally being tied up, whipped and taken roughly from behind, just as long as they can cuddle afterward.